Magic Mike (R) Even if you have minimal interest in watching hot guys take their clothes off, Steven Soderbergh’s drama is still an enjoyable yarn. Channing Tatum portrays a stripper who introduces a teenager (Alex Pettyfer) to the business and falls for his protégé’s protective sister (Cody Horn). Tatum is much better as a goofy but sexy Everydude than as anything else. The story falls apart somewhat in the second half with some contrived stuff about drug dealers. Still, the comic vignettes about stripping are funny, and the tale of a slab of beefcake who tries to prove he’s more than that is a decent hook. Also with Joe Manganiello, Matt Bomer, Adam Rodriguez, Kevin Nash, Gabriel Iglesias, Riley Keough, Olivia Munn, and Matthew McConaughey.

People Like Us (PG-13) Fantastic lead performances redeem an otherwise rote melodrama. First-time director Alex Kurtzman (who co-wrote Star Trek and the Transformers movies) bases the story on an incident from his own life: Chris Pine portrays a man who discovers shortly after his father’s death that he has an illegitimate half-sister (Elizabeth Banks) who’s a recovering alcoholic and single mom. There are too many useless subplots, and Michelle Pfeiffer is largely wasted as the dead man’s resentful widow. The movie is worth watching for its actors: Banks is wild and compelling as a woman hanging on by a thread, and Pine expertly times each hesitation and pause to play a guy who habitually checks out of uncomfortable conversations. The bond that develops between these two messed-up siblings is this movie’s one real achievement. Also with Michael Hall D’Addario, Olivia Wilde, Mark Duplass, Philip Baker Hall, and Jon Favreau.

Rock of Ages (PG-13) The cast is a better selling point than the music in this adaptation of the Broadway musical built around 1980s glam-rock hits. Julianne Hough and Diego Boneta are aspiring rock singers in love in 1987 Los Angeles, and even though the angelic-looking Boneta is a find, they’re part of a story that’s spread too thin among too many characters. The songs don’t lend themselves to Broadway-style dance, either. Alec Baldwin and Russell Brand turn “Can’t Fight This Feeling” into a goofy gay love duet, but the only time the movie ignites is when Tom Cruise shows up as a charismatic rock star who sings “Wanted Dead or Alive” and “Pour Some Sugar on Me” and uses his fame to indulge in lunatic behavior. Cruise is perfectly cast, and when he’s on the screen, you can’t look anywhere else. Also with Catherine Zeta-Jones, Mary J. Blige, Paul Giamatti, Malin Akerman, Bryan Cranston, Will Forte, T.J. Miller, Debbie Gibson, and Constantine Maroulis.

Safety Not Guaranteed (R) Aubrey Plaza is splendid in this science-fiction comedy as a magazine intern who chases a story about a grocery store clerk (Mark Duplass) who advertises for a time-traveling companion. Director Colin Trevorrow and writer Derek Connolly make assured debuts, but the show belongs to Plaza, who displays colors we haven’t seen from her, as she gradually drops her air of disaffected sarcasm, becomes fired with a sense of purpose, and slowly begins to believe that the clerk might be for real. A sunnier lead actress would have sabotaged the movie, but Plaza’s hard-shelled presence makes it uniquely powerful. For all the failed movies about jaded cynics who need to open their hearts and have faith in something, this is a wondrous success. Also with Jake Johnson, Karan Soni, Jenica Bergere, Lynn Shelton, Mary Lynn Rajskub, Kristen Bell, and Jeff Garlin.

Savages (R) Once you get past the terrible dialogue, macho posturing crap, and generally self-impressed attitude that comes standard with Oliver Stone movies, this isn’t too bad a thriller. Aaron Johnson and Taylor Kitsch portray best friend pot dealers in Laguna Beach whose shared girlfriend (Blake Lively) is kidnapped by a Mexican drug cartel after a business deal goes bad. The three protagonists are pretty boring, so it’s no wonder that the show is stolen by the supporting players: Salma Hayek as a ruthless drug queenpin, Benicio Del Toro as a sadistic hit man, and John Travolta as a crooked DEA agent. The movie could have been 20 minutes shorter, but the machinations of these naughty people are still moderately diverting to follow. Also with Demián Bichir, Sandra Echevarría, Antonio Jaramillo, and Emile Hirsch.

Ted (R) Seth MacFarlane makes a brilliant big-screen debut with this comedy about a man (Mark Wahlberg) who wished his teddy bear to life as a boy but now finds that the bear (voiced by MacFarlane) has aged into a horny bachelor whose hard-partying ways are jeopardizing his relationship with his girlfriend (Mila Kunis). The actors react to the bear no differently than they would to a human, and Wahlberg’s underrated comedic skills finally get the showcase they deserve. Some of the jokes misfire, but for each one of those there’s at least one that hits, like the conversation about white-trash girl names and especially the fistfight between the man and his teddy bear. Also with Giovanni Ribisi, Joel McHale, Patrick Warburton, Matt Walsh, Jessica Barth, Aedin Mincks, Sam J. Jones, Norah Jones, and an uncredited Ryan Reynolds.

Beasts of the Southern Wild (PG-13) The winner of the Grand Jury Prize at this year’s Sundance Film Festival and multiple prizes at Cannes, Benh Zeitlin’s fantasy stars Quvenzhané Wallis as a six-year-old girl in the Mississippi delta who leaves her home to search for her mother. Also with Dwight Henry, Levy Easterly, Lowell Landes, Pamela Harper, Gina Montana, and Amber Henry. 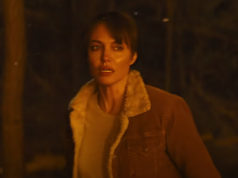 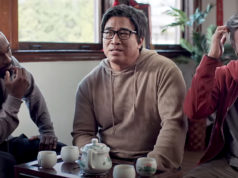 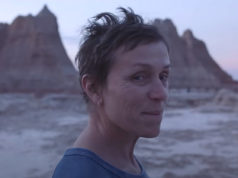