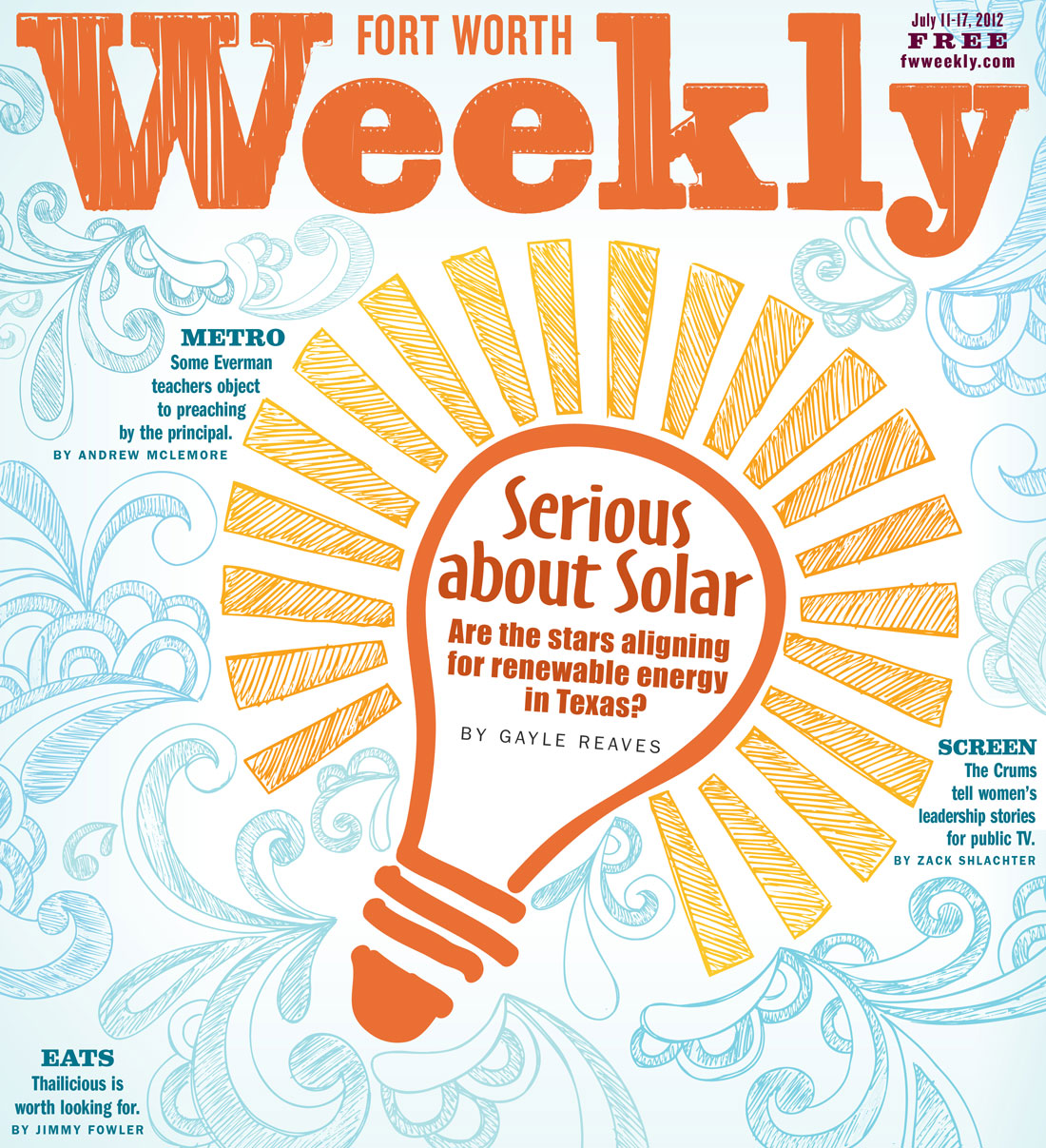 North Texas, along with the rest of the country, is in the midst of yet another summer of record-breaking heat. The demand on the state’s electrical grid is so heavy that regulators around the country are worried about overload. And Energy Future Holdings, the giant utility conglomerate that provides power to North Texas and much of the state, is in severe financial trouble, with many observers predicting it will soon go into bankruptcy.

At the same time, prices for natural gas, which fuels many of the state’s power generating plants, are so low right now that many lenders reportedly don’t want to make loans to build new fossil-fuel burning plants, for fear that owners wouldn’t be able to charge enough for electricity to make the money back. And a recent series of initiatives by the Environmental Protection Agency to reduce power plant pollution means that some of the state’s oldest, most heavily polluting coal-burners may have to go offline soon.

A long hot summer indeed. And one that is convincing even some highly regarded utility consultants that Texas needs to get much more serious about a power source that it has plenty of: solar.

With the help from a legislative mandate more than a decade ago, Texas is booming with wind power — which helped prevent more blackouts during last summer’s sizzling heat. But compared to many states, Texas is doing very little to promote the development of solar as a real factor in power generation.

“The answer is a pathetic ‘no’ as to whether the legislature is doing anything to support solar power development,” said Craig Adair, chief of staff for State Rep. Lon Burnam of Fort Worth. Legislators over the past several years have floated numerous proposals to increase the development of power generation from renewable sources such as solar, he said, but all have been defeated by a lineup of opponents headed by “the Texas Association of Manufacturers,  Rick Perry’s office, and the oil and gas industry.”

Meanwhile, two municipally owned utilities in Central Texas are going forward with programs of solar power, conservation, and reduction in peak demand so strong that they’ve drawn national attention and have, in at least one instance, been able to forgo the construction of a new fossil-fuel power plant.

Austin Energy is on track to develop enough solar and other resources that, within 10 years, more than a third of its power needs will be met by renewable resources. And CPS Energy of San Antonio, one of the top solar generators in the state, just dedicated its newest solar farm last month.

“We think the solution [to Texas’ electricity generation problems] is a heck of a lot more solar,” said Lanny Sinkin, the longtime South Texas environmentalist attorney who now heads Solar San Antonio, a nonprofit that is helping provide leadership in the city’s renewable energy efforts. “Our basic premise is, solar is the future.

“We call it solar inevitability.”

In Texas, the demand for electricity usually peaks in August, when air conditioners are cranking their hardest. This year the state started breaking heat records early, and by June power usage had already passed the high point projected for August.

So it’s not surprising that energy consultants the Brattle Group, in a report done for the Electric Reliability Council of Texas (ERCOT), has said that the state is getting dangerously low on power reserves. The Massachusetts-based consultants also warned that allowing electricity prices to rise higher in Texas would help but wouldn’t fix the problem entirely. Building new fossil fuel plants can take years, even if financing is available, and the demand may be growing too fast for that.

The report was released only two days after another group — responsible for the reliability of the power grid in most of North America — also named Texas as one of two states (along with California) where problems might develop this summer. The North American Electric Reliability Corp. predicted that demand will rise more quickly in Texas than anywhere else in the country this year and that extreme temperatures might force Texas into rolling blackouts.

It’s a refrain that’s becoming all too common as climate change becomes more and more a reality in Texas.

Fortunately, the Brattle Group also released another report a few days later. The second report said that the addition of solar power to the state’s electric grid could lower energy costs in Texas, as well as adding capacity to the system. In all, the consultants said, Texas power customers could have saved more than $520 million if solar power had been a real part of the mix statewide.

Colin Meehan, clean energy analyst for the Environmental Defense Fund, said that both Brattle reports show that Texas “really needs to roll up its sleeves and get to work. There is a need for serious reforms of the [electricity] market, and I don’t think the Public Utility Commission has either been willing or able to do that.”

Solar farms can be built much more quickly than traditional power plants. Like wind farms, they are subject to vagaries of weather (and night), and can’t be relied on to produce the same amount of electricity in all conditions.