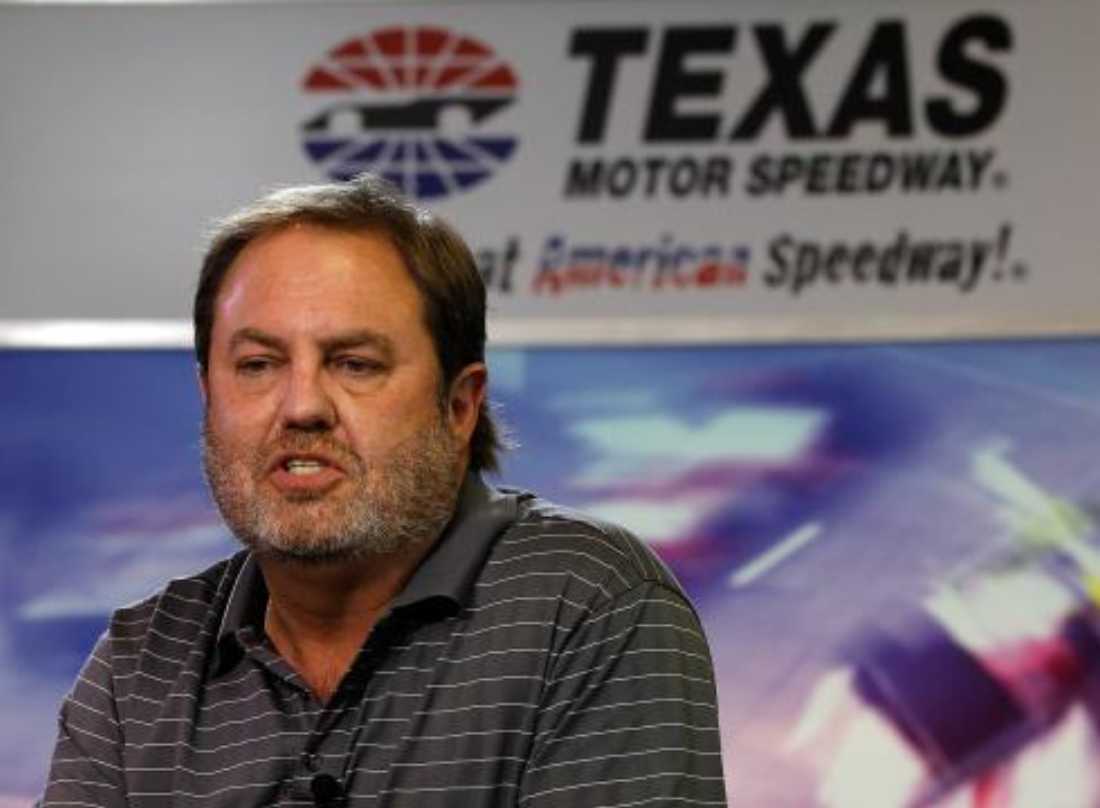 Eddie Gossage, president of Texas Motor Speedway, offered some rather disparaging words for the lesbian-gay-bisexual-transgender-queer community during Mike Huckabee’s “Chick-fil-A Appreciation Day” earlier this month. To his almost 14,000 Facebook friends and subscribers — hardly a “strictly personal” account — he wrote:

“I don’t eat chicken … because I’m allergic to it. But I’m going to Chick-fil-A today to show my support for the company. The attack from the left [on Chick-fil-A president Dan Cathy] for having an opinion is totally inappropriate. It’s funny how libs think their ideas, no matter how disgusting and untraditional, should be heard, but others don’t have the same freedom. I think [most] Americans disagree. So I’m showing my support today and encourage you to do the same.”

Then he added, “I just remember liberals howling when conservatives chose not to support the Dixie Chicks. Many libs only want to be able to exercise their rights while hurling invectives at others when they exercise theirs.”

The Texas Motor Speedway receives massive subsidies from the taxpayers of Fort Worth and Tarrant County, stemming from a sweetheart deal that allows the track to pay nothing in property taxes for 30 years, a savings of an estimated $100 million. Add the $11 million in taxpayer money the city paid, the additional $5 million that the rest of Tarrant County’s taxpayers threw in, the tax money reinvested through its tax-increment finance district, and there’s a compelling public interest in what goes on there.

Cathy commented recently that he is “guilty as charged” when asked about his “defense” of “traditional marriage” — perfectly legal remarks to make. But the so-called “attack from the left” didn’t come about just because of those remarks. Chick-fil-A has a long, documented history of using its corporate money to campaign against basic constitutional protections for LGBTQ people in many more arenas than just “marriage equality.”

Does Eddie Gossage believe it’s “disgusting” that LGBTQ people be able to have custody of their own children? What about LGBTQ students being allowed to address the bullying and teen suicide epidemic by forming student groups? He should explain what’s wrong with a lesbian woman being permitted to visit her life partner of many years who is dying in the hospital. Should LGBTQ people be afforded housing protection at all? What about job protection? Does Mr. Gossage believe his LGBTQ employees should be fined or jailed for making love to their partners?

These are examples of all-too-common challenges facing LGBTQ people and situations in which Chick-fil-A’s “charitable” arm would have queer people powerless to defend themselves.

Chick-fil-A posted a statement on Facebook saying that the “tradition in our restaurants is to treat every person with honor, dignity, and respect — regardless of their belief, race, creed, sexual orientation, or gender.” But according to the Human Rights Campaign’s assessment, there is nothing in their actual company policy to substantiate those claims.

NASCAR has a burgeoning LGTBQ base, as evidenced by openly gay drivers like Evan Darling and fan sites like Queers4Gears.com. “I am not a liberal,” Darling told me by phone. But, he said, “People like Eddie Gossage make it difficult for people like me to participate in the sport when he makes statements he knows nothing about.

“He’s the one with the agenda. I don’t have an agenda. I want to love my partner, race a car, be a good American, and pay my taxes.”

All this raises an important question: How fit is Gossage to lead the Texas Motor Speedway into its future? How can he use such distasteful language and still guarantee that the speedway will treat its equality-loving fans, patrons, and employees evenhandedly?

Here’s a suggested first step for Gossage from a “lib” as “untraditional” as they come: Apologize to the LGBTQ people of Tarrant County who subsidize your salary, then to LGBTQ NASCAR fans, drivers, and speedway employees for your bullying language. Nothing “disgusting” about that, really.