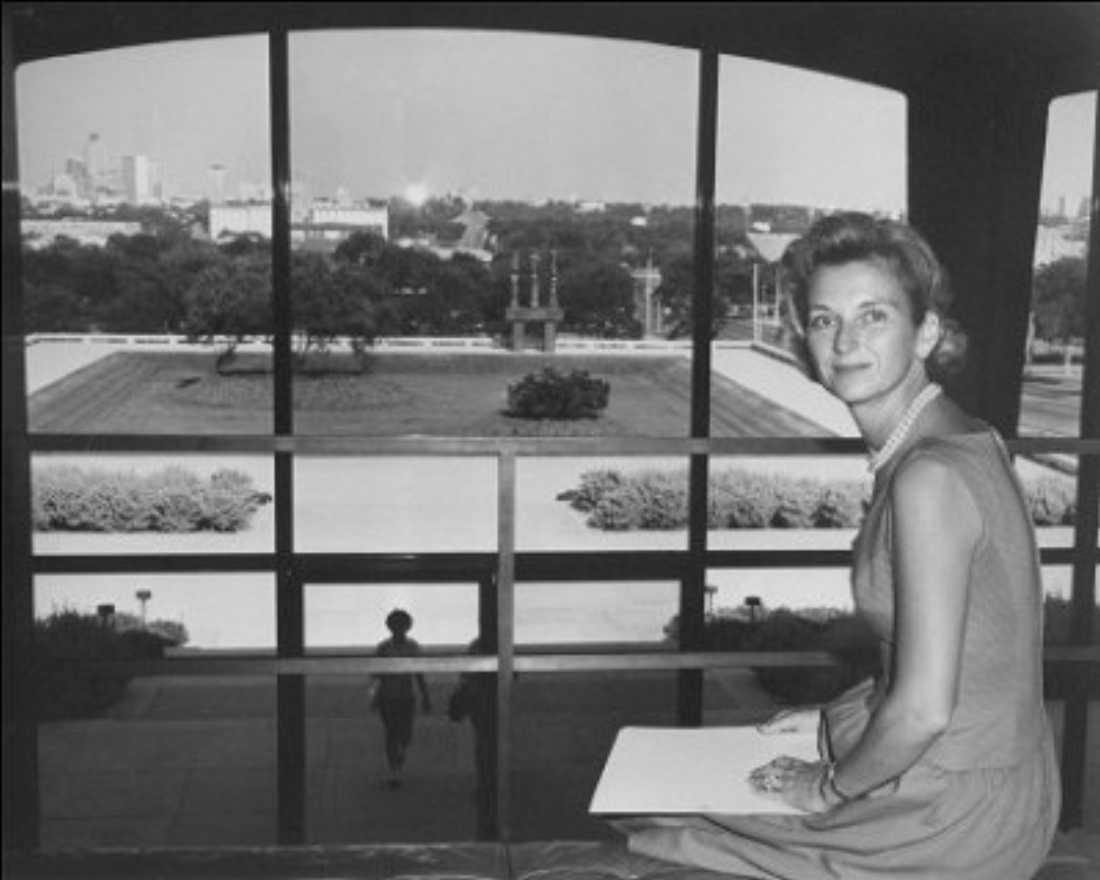 Amon Carter’s name adorns the Fort Worth museum that houses his beloved collection of Frederic Remington and Charles M. Russell paintings — and rightfully so. Carter’s love of Fort Worth and Western art was unparalleled. But make no mistake: The museum’s exceptional quality is due to Carter’s daughter, Ruth Carter Stevenson, who died this week at 89.

She hired famed architect Philip Johnson to create the museum’s distinctive look and feel. And while there is nothing wrong with a fine Remington or Russell, serious art collectors seldom get giddy about cowboy paintings. Stevenson moved far beyond her father’s vision and filled the museum with a broad range of masterpieces. Meanwhile, she maintained the free admission that her father insisted upon, which put more pressure on her and the Amon G. Carter Foundation to come up with money each year for overhead, maintenance, and more acquisitions.

She remained active until the end. Her little yellow Volkswagen Beetle was a common sight outside the museum.

“She made that museum what it is,” docent (and former city manager) Morris Matson said.

So it’s fitting that an eagerly awaited exhibition scheduled for later this year has her fingerprints all over it.

Stevenson and several friends hastily gathered a mind-boggling collection of paintings and hung them on the walls of the Hotel Texas suite where President John F. Kennedy and wife, Jacqueline, were booked on Nov. 21, 1963. Stevenson grabbed art from her own collection and borrowed from other collectors, assembling 16 paintings and sculptures by influential artists such as Pablo Picasso, Claude Monet, and Vincent van Gogh.

The Kennedys arrived late at the hotel and, dog-tired from traveling, went straight to bed. It wasn’t until morning that they noticed the paintings and sculptures and the special brochure that described them.

Local art historian Scott Grant Barker once interviewed Stevenson about that art display, and she described how she ended up in a phone conversation with both Kennedys on the morning of Nov. 22, just hours before the president was killed.

After JFK thanked Stevenson for her effort, he put Jackie on the line. Stevenson was astonished, tongue-tied, and caught completely off-guard — an unusual state for Stevenson, who was typically candid and fiery. But she kept a secret that morning: She was also politically conservative.

“She didn’t support Kennedy in 1960,” Barker said. “But she didn’t hesitate when asked to put this art together.”

The collection is slated for exhibition at the museum during the 50th anniversary of Kennedy’s assassination. Hotel Texas: An Art Exhibition for the President and Mrs. John F. Kennedy will be on view from Oct. 12, 2013, to Jan. 12, 2014.