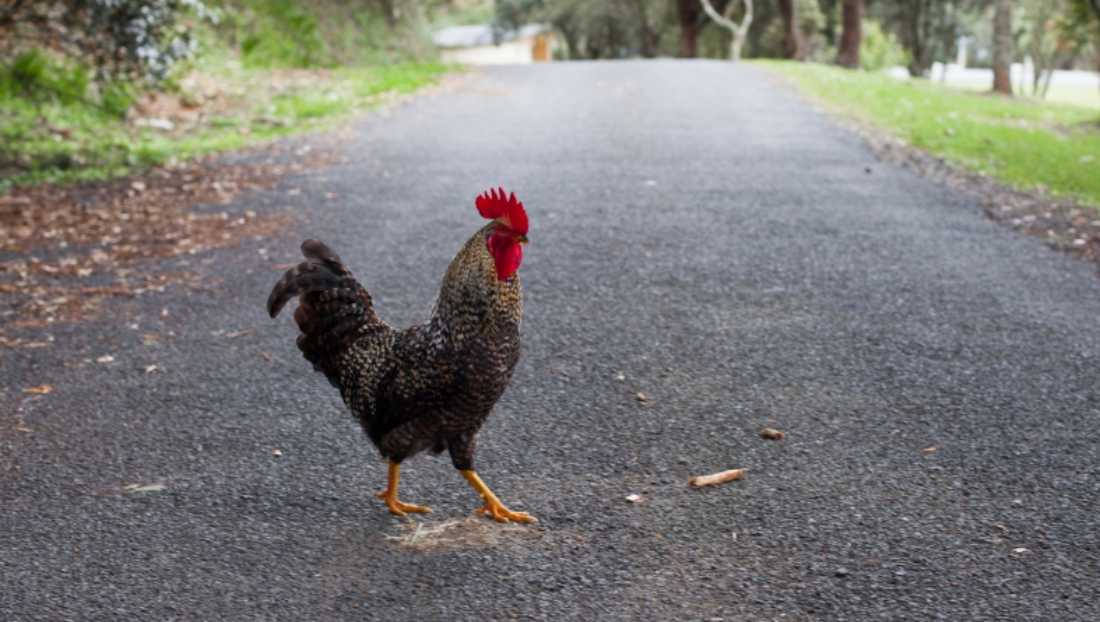 It was the kind of situation that, had a cell phone camera been handy, could have turned into one of those YouTube overnight wonders that gets a million hits right before everybody forgets it: The beer truck was stopped in the middle of Fort Worth’s Northside Drive, mid-block, for no apparent reason. Not apparent, that is, until Static, in the opposite lane, got close enough to see what was going on.

A banty rooster wanted to cross the road for reasons known only to ancient joke writers, and he had stopped in the middle of the lane in front of the huge vehicle. Maybe he wanted a beer. Maybe it was a fighting cock that felt like a gauntlet had been thrown down. Maybe he needed to ask directions. Maybe he was in a fowl mood. Maybe he was heading to the sorority house for a banty raid. Maybe Static should have stopped three jokes ago.

For whatever reason, the rooster didn’t get the hint to get along. Finally, a very patient and evidently animal-loving driver got out and shooed the bird over to the opposite curb. No doubt the other drivers applauded. Of course, the rooster was getting shooed in the direction of a Dairy Queen, which we can only hope wasn’t running a special on chicken finger baskets that day.

Since Static was one of the last humanoids in Tarrant County to get a cell phone, much less a younger, smarter phone version, the episode was not captured on camera for YouTube posterity. What a missed opportunity. The footage could have become fodder for a Super Bowl commercial. The bird could have become the beer brand’s newest icon, been added to the label, had its plumage preserved for posterity.

In lieu of those things, Static offers the incident as inspiration for all of you creative types out there who are sitting in front of your drafting tables and iPads and Big Chief tablets trying to come up with a winning image for a Rahr beer bottle in Fort Worth Weekly’s Visionary Awards. We can see the ad campaign now – “I’ll have a bottle of Banty, mate.” “Banty — the brew that won’t back down.” “Banty: tastes like chicken.” Why did the rooster cross the road? To get to the bar, of course.

Maybe Static’s next career should be in marketing. … Nah. That would probably require a smartphone.