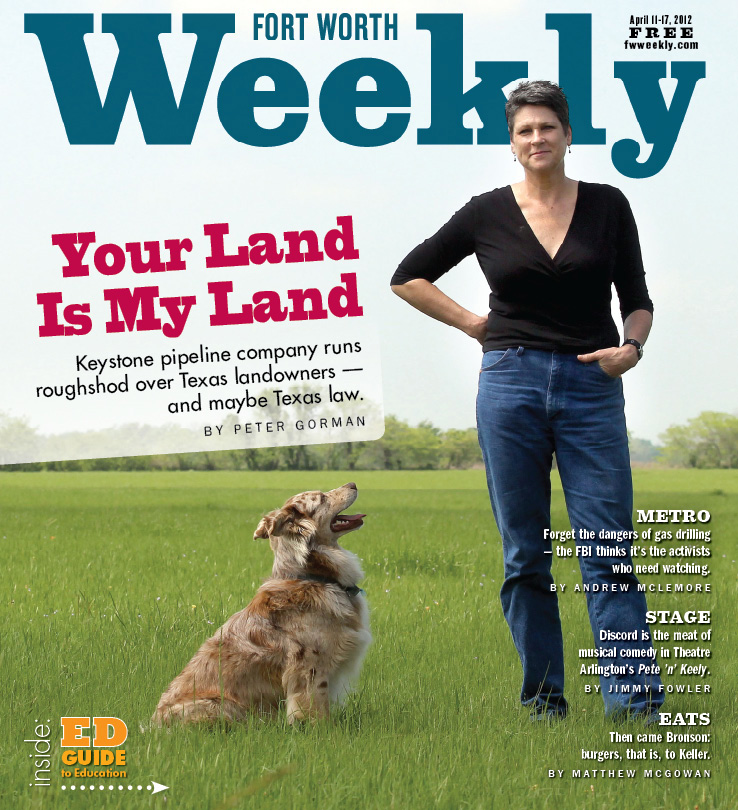 Julia Crawford and her family are not going down before the Keystone XL pipeline without a fight. Crawford (“Your Land Is My Land,” April 11, 2012) appealed a ruling by Lamar County Court Judge Bill Harris last August that allows TransCanada, the energy giant building the pipeline, to take a swath of the Crawford family farm by eminent domain. The pipeline is slated to carry toxic tar sands bitumen from Alberta, Canada to the international duty-free port at Port Arthur, where it will be shipped to China and elsewhere.

The Crawford appeal — to Texas’ Sixth Court of Appeals in Texarkana — is going to cost some dough. “To stay in this game, our legal defense fund needs more money,” Crawford told Static. “So we’re having a full day concert on April 20 at our farm to help raise it.”

Revelers will be allowed to camp on the property just outside of Paris on Friday night and then listen to eight bands rock out on Saturday. Between sets, speakers will discuss the pipeline and tar sands controversy. The impressive musical lineup includes The Octopus Project, The Lonesome Heroes, and Featherface.

Tickets are $20, plus $10 per vehicle for camping. More information on bands, directions, and other details is available at standtallwithjulia.com.

The Crawford’s Red d’Arc family farm is more than 600 acres of beautiful land crossed by the Red River — just about the size of Yasgur’s Farm where Woodstock was held. Peace.

A large capital P covered by one of those red Ghostbuster bars serves as the logo for a new Facebook page: “Save Arlington Heights.” Christ Chapel Baptist Church is seeking a zoning change to build yet another mammoth parking lot in the old neighborhood near I-30 and Montgomery Street.

Neighbors are fed up with the ever-expanding megachurch’s large footprint. And these days when you’re pissed, you create an in-yo-face Facebook page. The first link shared on the page is none other than Fort Worth Weekly’s take on the situation (“Crying ’bout the Chapel,” Sept. 5, 2012).