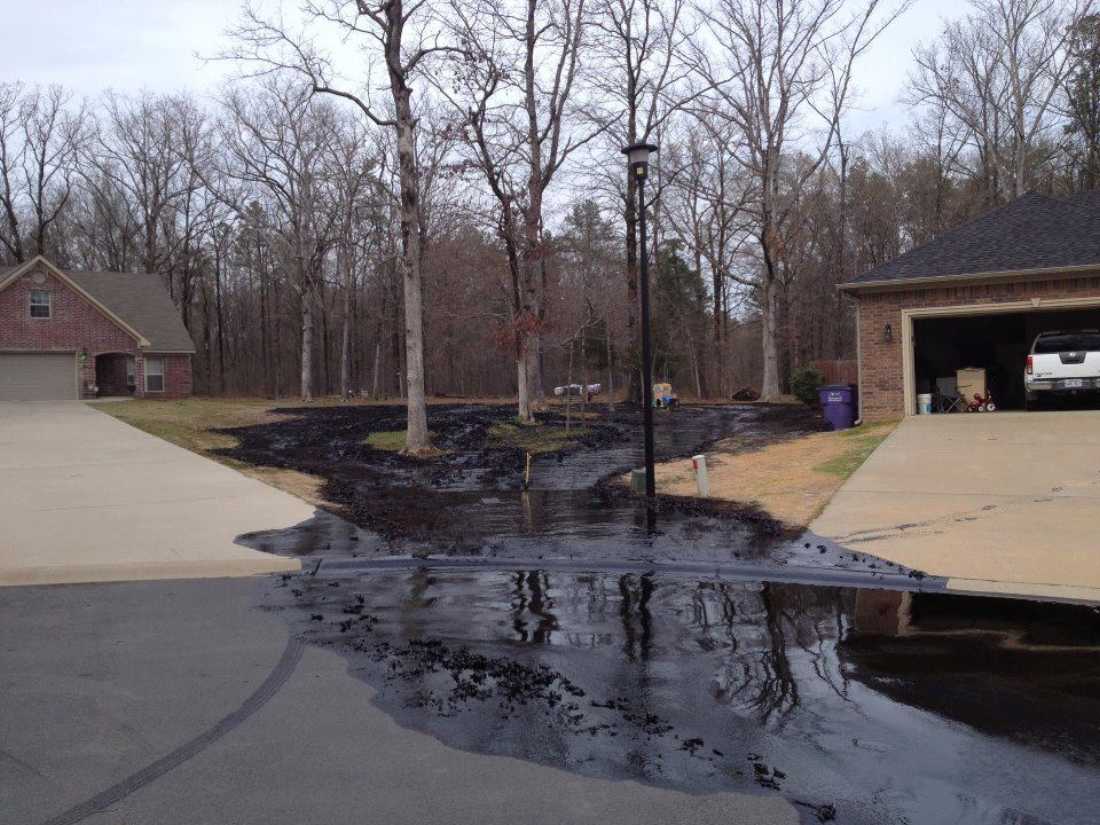 The southern leg of the Keystone Pipeline came this much closer to being a done deal when owner TransCanada brought in a trackhoe last week and began to tear up a strip of the Crawford family farm in Sumner, Texas. According to farm manager Julia Trigg Crawford, the land is the last piece of property needed to complete the pipeline, which runs from Cushing, Okla., to Port Arthur.

The dug-up area isn’t large — a strip of pasture about 50 feet wide and 1,200 feet long — but to Crawford and an awful lot of folks, including the Tar Sands Blockade activists, it represents everything that’s wrong with both hydrocarbons and eminent domain law.

The hydrocarbons the pipeline will carry are tar sands bitumen, an extremely heavy and poisonous material that, once spilled, is almost impossible to clean up. A spill that washed into the Kalamazoo River in Michigan in 2010 has yet to be cleaned up, and this year’s March 29 spill from a pipeline rupture in ExxonMobil’s Pegasus pipeline in Mayflower, Ark., is making its way to the Arkansas River. The tar sands bitumen is so heavy it sinks into the soil and riverbeds rather than floating on the surface as oil does.

Gas and oil companies have long had the right in Texas to use eminent domain powers to condemn land they couldn’t lease from owners, but in this case TransCanada’s taking of the Crawford land is still in the courts. The family has recently filed an appeal of the decision handed down last August —via text message — by Lamar County Court Judge Bill Harris that gave TransCanada the right to condemn the land. That appeal will be heard by the Sixth Circuit Court in Texarkana.

“It is just galling that there is a process you have to follow in matters like this, and TransCanada is just ignoring it,” said Crawford. “They’re tearing up our land despite the appeal. Just because they’re a big corporation, they should not get to circumvent the legal process.”

Worse, TransCanada has broken its promise not to trench the property, which is thick with Caddo Indian artifact sites. Instead of boring through without disturbing the topsoil — which TransCanada promised Judge Harris that it would do — TransCanada’s crew is trenching almost the whole 1,200 feet.

“It’s awful, and I’m angry,” said Crawford. “Imagine if I lied to a judge about how I was going to do the work, then went ahead and did what I wanted, even though the work was not yet authorized. Citizens can’t get away with that.”

And it turns out that in the Winnsboro area in East Texas, 70 sections of TransCanada’s pipeline, installed this year, are being dug up so that they can be replaced — because it turned out the pipe was faulty.

There is plenty fishy but nothing funny about the Keystone.