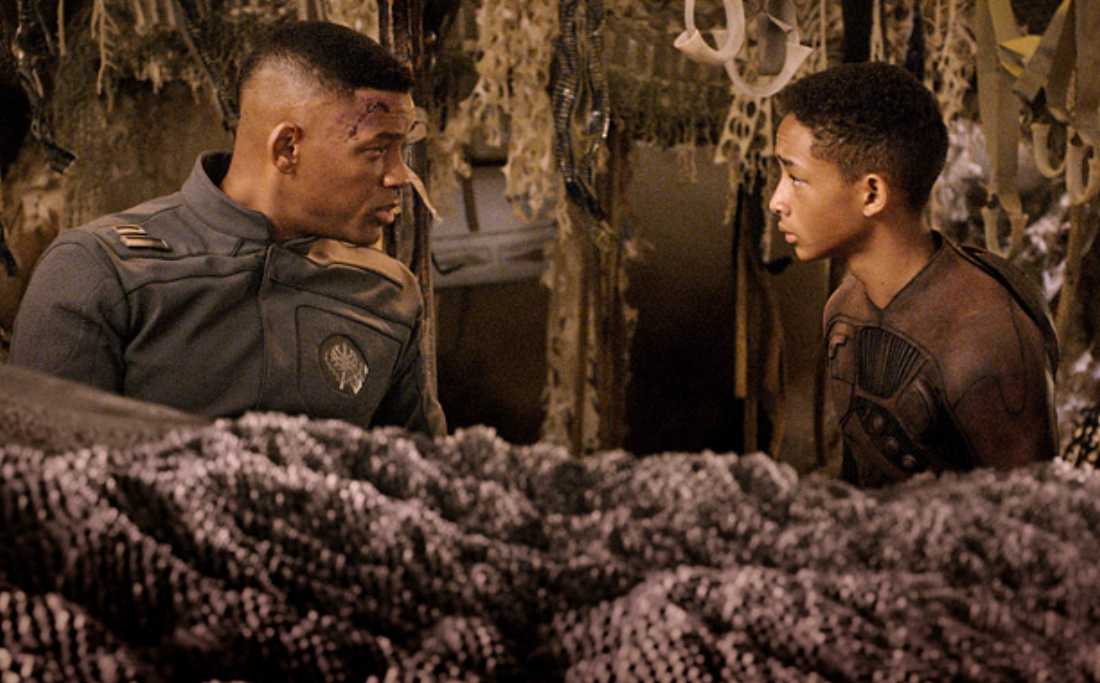 Remember when M. Night Shyamalan was a household, if lazily mispronounced, name? The Sixth Sense, Unbreakable, and Signs made him and his signature twist endings a hot commodity. But a string of flops followed, from plants-will-make-you-kill-yourself joke The Happening to the nonsensical Last Airbender, that kind of cooled his reputation. Maybe it’s time for him to rebrand himself as a B-movie king. If that’s his new dominion, then After Earth is a pretty good example of how that kingdom should be run.

This is all a roundabout way of saying that After Earth kind of stinks but only if you’re expecting a good movie. Will Smith plays Cipher Raige, a legendary member of the Ranger Corps, protecting humanity from the giant insect–like monsters known as Ursa that terrorize the settlers of Nova Prime, the planet colonized by humans after evacuating Earth some thousand years earlier. Cypher’s fame is due to his ability to completely nullify his own fear when fighting the Ursa, a handy trick considering that the creatures hunt by sniffing out the pheromones people release when they’re scared. By contrast, his estranged son Kitai (his son in real life, Jaden Smith) can’t even graduate from Ranger school because of his own battlefield anxiety. In an effort to bond with Kitai, Cypher brings him along on a trip to deliver a captured Ursa egg to be used in training exercises on some other planet. When their ship flies through an asteroid belt, they’re forced to crash land on Earth, which, in the millennium since humans left, has turned into a forest-covered preserve of dangerous predators. Even if you’re a badass space soldier, Earth’s a scary place for a visit and an even worse place to break both of your legs in a crash landing. That’s especially true when your kid might not be capable of retrieving the homing beacon stashed in the ship’s aft section, because A.) the beacon landed miles away from the cockpit and B.) he’s a little fraidy cat.

Blessedly, After Earth moves along with the single-minded pacing of a video game. You can forget about the dialogue, made worse by Will Smith’s weary gravitas and a space accent that blends Papa Cletus Klump with Forrest Gump’s aversion to using contractions, and Jaden Smith’s pre-adolescent adenoidal honk. But this is a B-movie (right?), and those things matter less than do imaginative vistas and cool monsters. Kitai fights future baboons, a future eagle, future jaguars, and finally the Ursa across set pieces that range from the Del Rey-esque, multi-mooned, desert canyon world of Nova Prime to the gorgeous deciduous forests of an Earth without people. He uses a cool, malleable, multi-purpose future sword. He conquers his fear and makes his dad proud. When the credits roll, you read that M. Night Shyamalan directed it. You might even be pleasantly surprised.