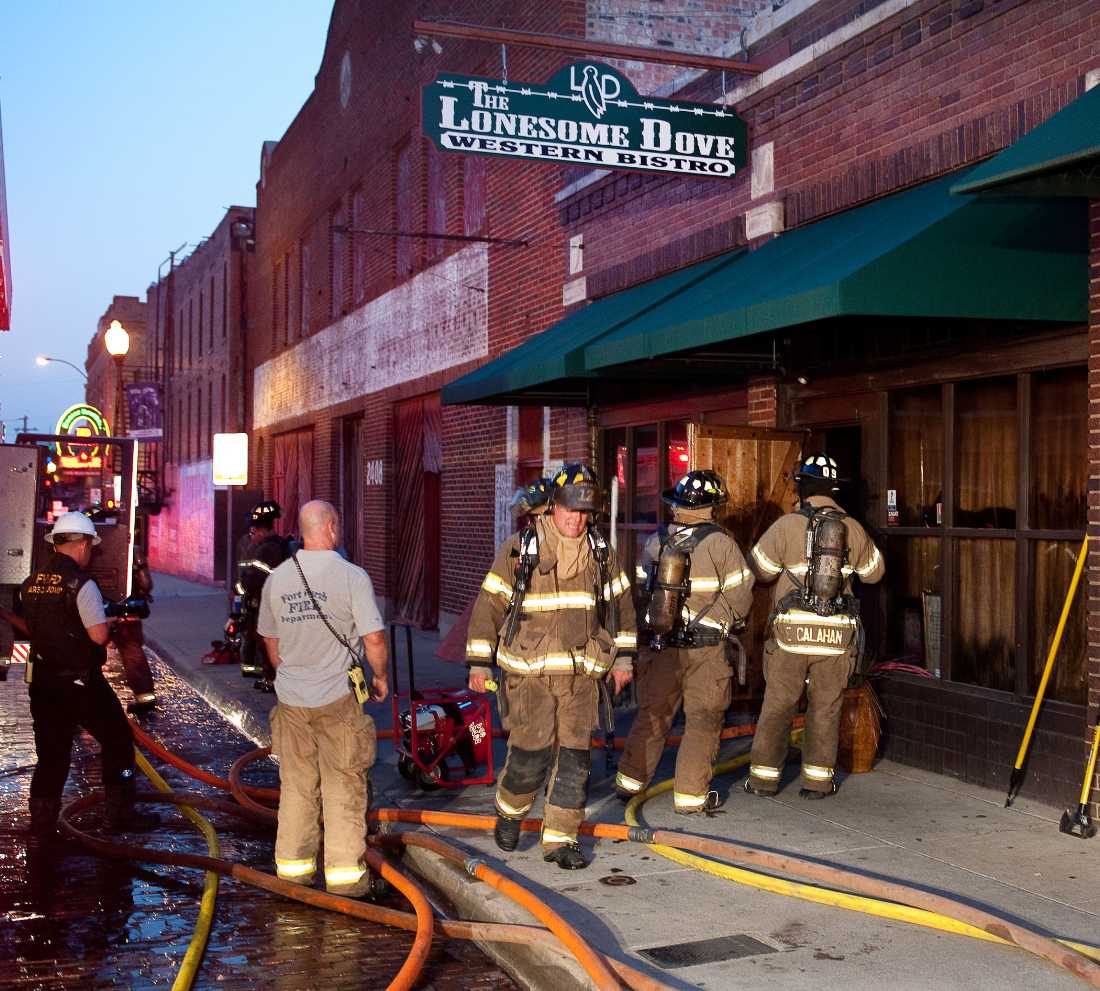 If you’re hankering for kangaroo nachos, elk loin, and white truffle macaroni –– and who isn’t? –– you’re out of luck. Lonesome Dove Western Bistro caught fire this week and will be out of operation for a while, although owner Tim Love vows to repair the damages and get back to business, tweeting that his restaurant will “reopen stronger.” That’s better than reopening weaker and far more exciting than reopening the same. The cost of the above-listed menu items would total $65. How about opening cheaper? Anyhoo, here’s to a stronger, lonesomer, more dove-like bistro in the Stockyards.

Lynda “Texas Lil” Arnold is returning to the scene of the crime. It’s been almost 10 years since an arsonist set fire to Texas Lil’s Dude Ranch in Justin, not far from Texas Motor Speedway. The fire’s glow could be seen about 20 miles away in Fort Worth. Local police were convinced she was involved. The proud, independent, and self-made Arnold became an alleged arsonist and was arrested and handcuffed in front of TV cameras that splashed the image on the evening news.

Police didn’t turn up evidence to pin the fire on her, and she was a free woman. But she lost her home, ranch, and business. Her reputation was tarnished. And she was broke. She’s struggled since then, but every time Static has talked to her over the years she has been upbeat.

Now she’s promoting an autobiography. Arnold wrote Trails, Trials, and Tears: The Life and Legacy of Texas Lil by herself, even though it was her first time out of the gate. She’s no Flannery O’Connor, but she displays a straightforward, bare-it-all, folksy writing style that effectively tells her life story while sounding as if she were sitting in your living room and discussing it over iced tea and nachos. It’s a fun read and a wild tale. Arnold’s life was an adventure long before her dude ranch went up in flames.

She had her first book signing earlier this month in Frisco but has promised that the second one would be held closer to her old stomping grounds. She wasn’t kidding. Arnold will be signing books in the place where she still has many vocal supporters … and detractors. This is one book signing that might actually be interesting.