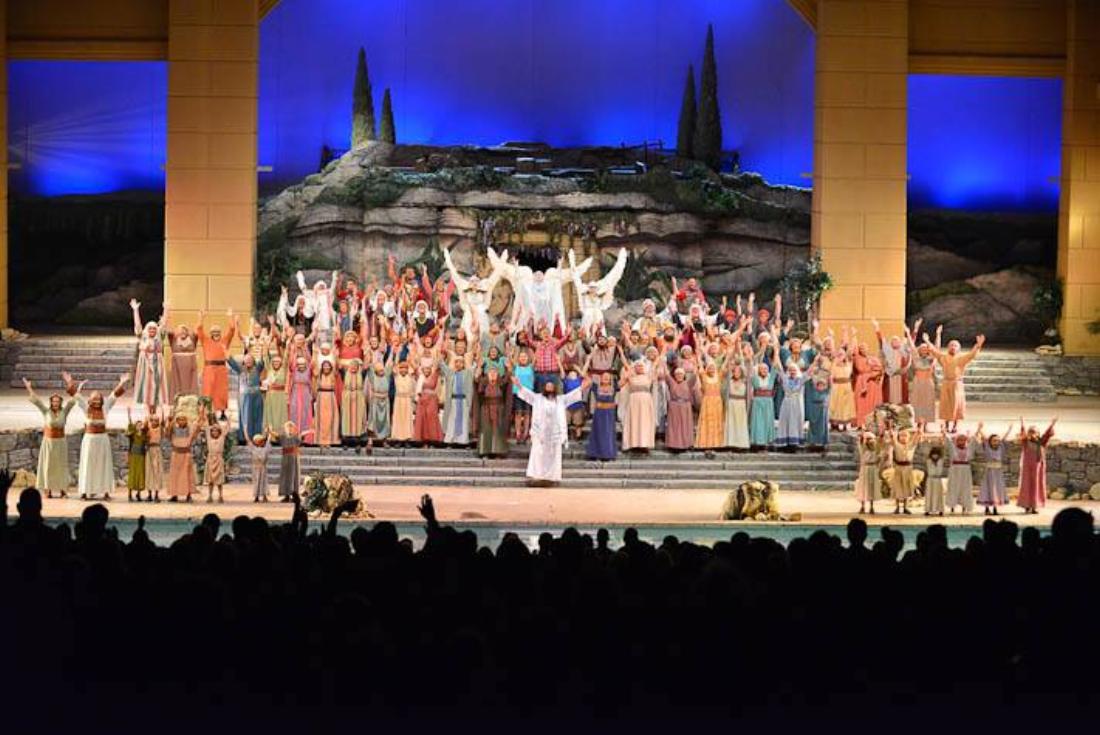 The musical Cats ran for 18 years on Broadway (1982 to 2000), but that’s kitty litter compared to The Promise, now in its 25th season at the Texas Amphitheatre in Glen Rose. Despite its long run and popularity — more than 2,500 people attended last Saturday’s performance — The Promise is in danger of being broken.

During July budget discussions, Somervell County officials shocked the cast and crew by saying that the amphitheatre would probably be closed down. The old warhorse needs expensive repairs and maintenance that county officials seem disinclined to handle.

The Texas Amphitheatre opened in 1989, the same year that The Promise debuted there. The theater and the Passion play have strolled hand in hand ever since. The two-hour production covers the life of Jesus.

“This budget is based on closing the doors for good and not putting another red cent into it,” he told reporter Amanda Kimble. “I recommend after The Promise closes in October, we shut it down and lock it up.”

This week, however, the play’s board of directors said it is working with the county on figuring out how to keep the theater (and the play) going strong. Nothing official has been decided yet, but the prospects look brighter, said the play’s assistant director Kristen Gibson.

“Our board told us this afternoon that they are optimistic about reaching an agreement with the county for the facility,” she said on Oct. 15. “It’s exciting. It was a little scary just thinking that The Promise might be no more after 25 years of performances.”

Somervell County owns and operates the facility, but “they are not interested in keeping it,” Gibson said.

Board members are encouraging people to attend one of the final four performances this season to make a statement that the community still supports the play and wants it to stay.

“For people who have seen it 100 times or have seen it one time, you are moved,” Gibson said. “There is something in it that speaks to you every time you see it.”