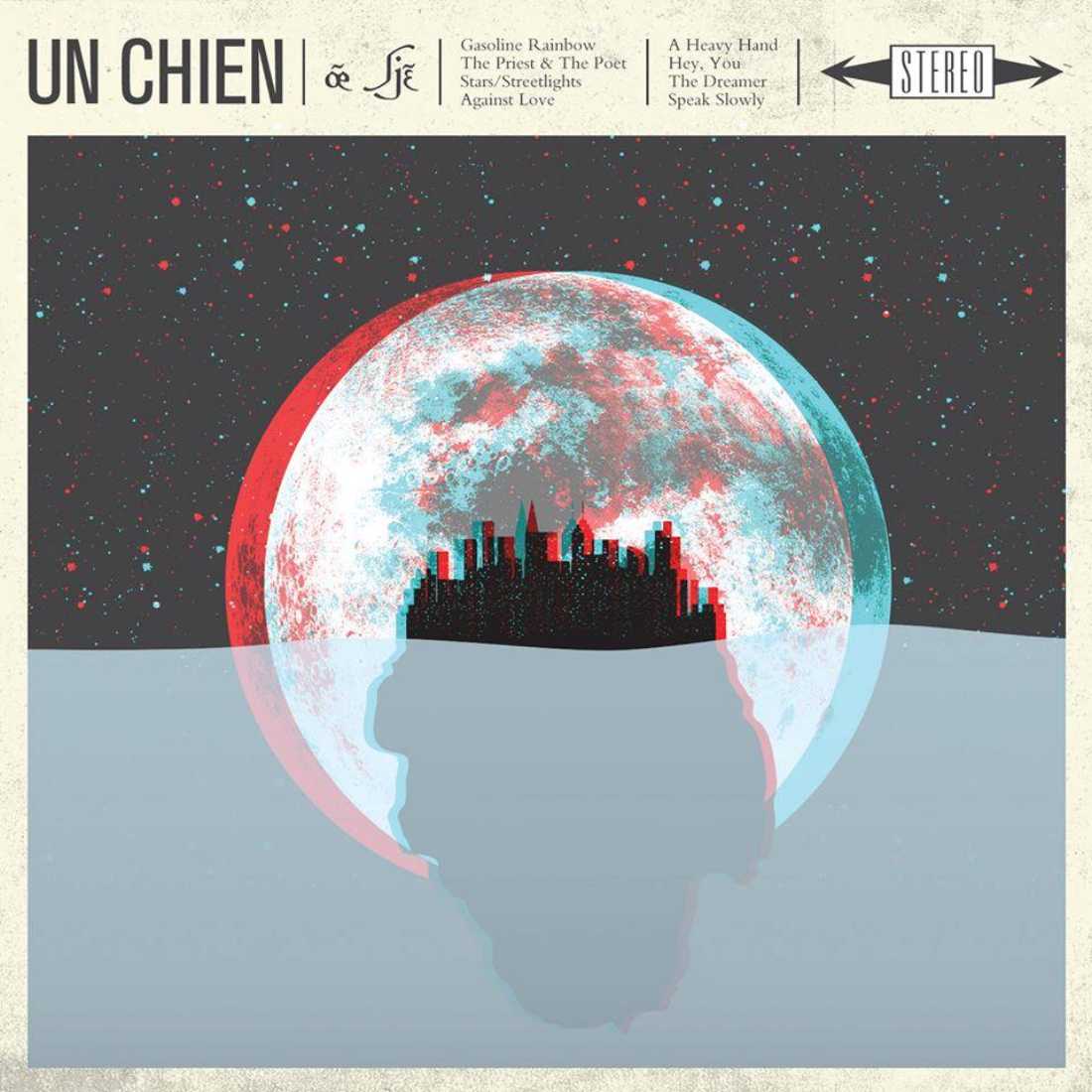 Cheap recording technology probably partly explains the wealth of new music popping up in town these days, but what explains the high quality? Maybe like in the ’60s in New York City, rock ’n’ roll is still relatively new here. And now that our parents and teachers no longer see the rawk! as an idle hobby (or the devil’s music) but as a legitimate way to earn a buck or two, our young, creative types are free to obsess over and master the artform. Good show, ladies and gents. Good show. –– A.M.

Given the rootsy grit for which Fort Worth’s Stella Rose became locally renowned, frontman/songwriter Stephen Beatty risked being accused of going soft if Un Chien, his new band, sounded more deliberative or polished. Released by the Denton/Oklahoma City label Hand Drawn Records, Un Chien’s self-titled debut album indeed has a cleaner, more meditative vibe than anything Stella did, but that’s only part of the story: These eight songs form a sprawling, melancholy stormscape of diverse guitar textures, tricky but assured rhythms, and banks of ghostly vocals that float in and out amid the controlled mayhem. Producer Russell Jack, who helmed Stella Rose’s first long-player, seems more concerned with exploring bleakly shimmering moods than helping Beatty and his accomplished bandmates –– Taylor Craig Mills on bass and vocals, Rachel Gollay on guitar and vocals, Kris Knight on keyboards, and Jerrett Lyday on drums –– build tight, traditional songs. The results are woozily decadent and exhilarating, once you get into the album’s groove.

Un Chien’s sonic palette is pretty much established with the 6-minute-plus opener “Gasoline Rainbow.” With a lead-in provided by a glowing organ and interlaced electric and acoustic guitars, Beatty’s voice sways like a man in a morphine haze, declaring, “It took three whole days of dying just to get me high.” Drum and bass get brisker and more assertive on “Stars/Streetlights,” as guitarists Beatty and Gollay pick out bubbling, densely packed notes and sci-fi-soundtrack noodlings. The chords get even trippier on “The Dreamer,” alternating between high bell notes and fuzz-laden, doomy clarions –– meanwhile, a Gregorian-style vocal choir chants solemnly over Lyday’s skip-happy beats.

The album closes with perhaps its most mournful tune, “Speak Slowly” –– a lonely piano and delicate guitar intro segues into a distant, Roger Waters-ish march of weary vocals that gradually swells into a full-on wall of wailing.

Un Chien doesn’t stomp and roar like the best of Stella Rose. Its majesty lies in the psychedelic spaciousness and languorous detail that Beatty and company superbly establish.

Few Fort Worth rappers, if any, have a more compelling backstory than Six2. The onetime Stop Six resident and crack dealer has recorded with a who’s-who of old-school West Coast luminaries. Unfortunately, he’s also a case study in how to get eviscerated by The Biz. To spare you the gory details, just know that he’s back in Fort Worth and is none the richer.

Despite his ups and downs, Six2 is still grinding. His latest album, DFW Icon –– a compilation featuring some of the heavier hitters he’s worked with, including Dr. Dre, Snoop Dogg, M.C. Ren, Nate Dogg, and Ice Cube –– is basically a mix tape, but it has its moments.

The production value on all 18 tracks is top-notch, the beats and rhymes drowning in that honey-slathered West Coast haze, and just about every song has a monster hook. Exhibit A: “DFW,” in which Six2, in his unadorned, no-nonsense baritone, raps, “The South is on fire, ’cause I see smoke / Don’t nobody panic, and no one get choked / Whoever goes next, I’m not really concerned / ’Cause the South is on fire / Let that mother-fucker burn.”

The album is at its best when Six2 employs easygoing choruses to express personal reflection. One of the most sincere moments on the album is “Ghetto Blues,” a ballad reminiscent of Curtis Mayfield’s dramatic blaxploitation R&B of the early 1970s. Unlike just about every other track on DFW Icon, Six2 is the only rapper here, recalling his fatherless youth in the wasteland that was Stop Six in the ’80s and ’90s: “But you want to claim this, you want to claim that / I can cry until my eyes get sore, but that won’t bring him back.”

Though it’s easy to get starstruck by some of Six2’s collaborators, the songs with multiple rappers tend to be lyrically directionless –– new subject matter is introduced with every verse. But in terms of flow, Six2 does more than hold his own against the big guns, and most of the time he rises far above them, getting in front of and behind the beats with ease.

Lyrically, he’s second to none. Some of the marquee artists wallow in “bitches” and “niggas” rap. While Six2 does a little of that, his subjects range widely, from impoverished life in Fort Worth to fighting demons. –– E.G.

Maybe the kind of breezy, acoustic jazz found on Lazy Summer’s debut can be made only in a place where you can get the occasional 80-degree day in December. Produced and engineered at Eagle Audio by Britt Robisheaux, Fall Creeping In is 10 tracks of balmy, trumpet-heavy instrumentals. Recorded without drums, the songs are given heft by Fungi Girls’ bassist Deryck Barrera’s busy, melodic runs. He never overplays, instead providing a low-end context for Jeremiah Kirby’s guitar and ukulele and Justin Weisenborn’s trumpet.

“Clowns” steers the rest of the record into more of these nifty arrangements, as if Herb Alpert had scored the Super Mario Bros. franchise. You could easily enjoy this record as background music, but you’d miss a lot of fun stuff.