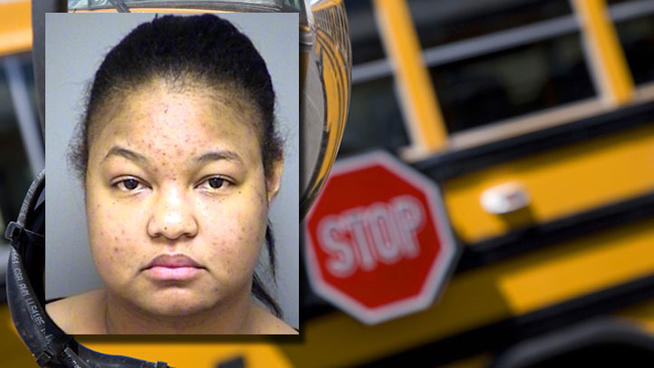 Local TV newscasts really ought to use more eyewitness testimony from 11-year-olds in their stories, especially if those sixth graders are as deadpan funny as Austin Muller. He’s the Little Elm Middle School student who watched as a classmate’s mother — 32-year-old Alexandria Harris –– barged onto his schoolbus Tuesday, demanded that her daughter’s alleged bullies identify themselves, then started striking and kicking at certain kids. (She was arrested and charged with assault. Luckily, none of the kids she hit required medical attention.)

Children getting assaulted isn’t funny, of course. But it’s cool to watch Muller’s calmness and clarity in recounting the bizarre incident, which was ready-made to be repeated in crap-your-pants detail across the middle school webosphere. The way Austin tells it, an enraged Harris used Terminator-level physical strength to pull the bus doors open. (“The bus driver tried to close the doors,” Muller said, “but she just went like that,” and he mimed two doors being pried apart with supercyborgian ease.) He also cleared up speculation about the onscene casualty count: “She hit a lot of kids. Like a whole lot.”

What happened was bad enough, but I suspect in just a few years’ time, Little Elm Middle School kids will have added a few details: A SWAT team, maybe some sarin gas, an eleventh hour call from Obama. The internet was made to keep suburban legends flourishing.