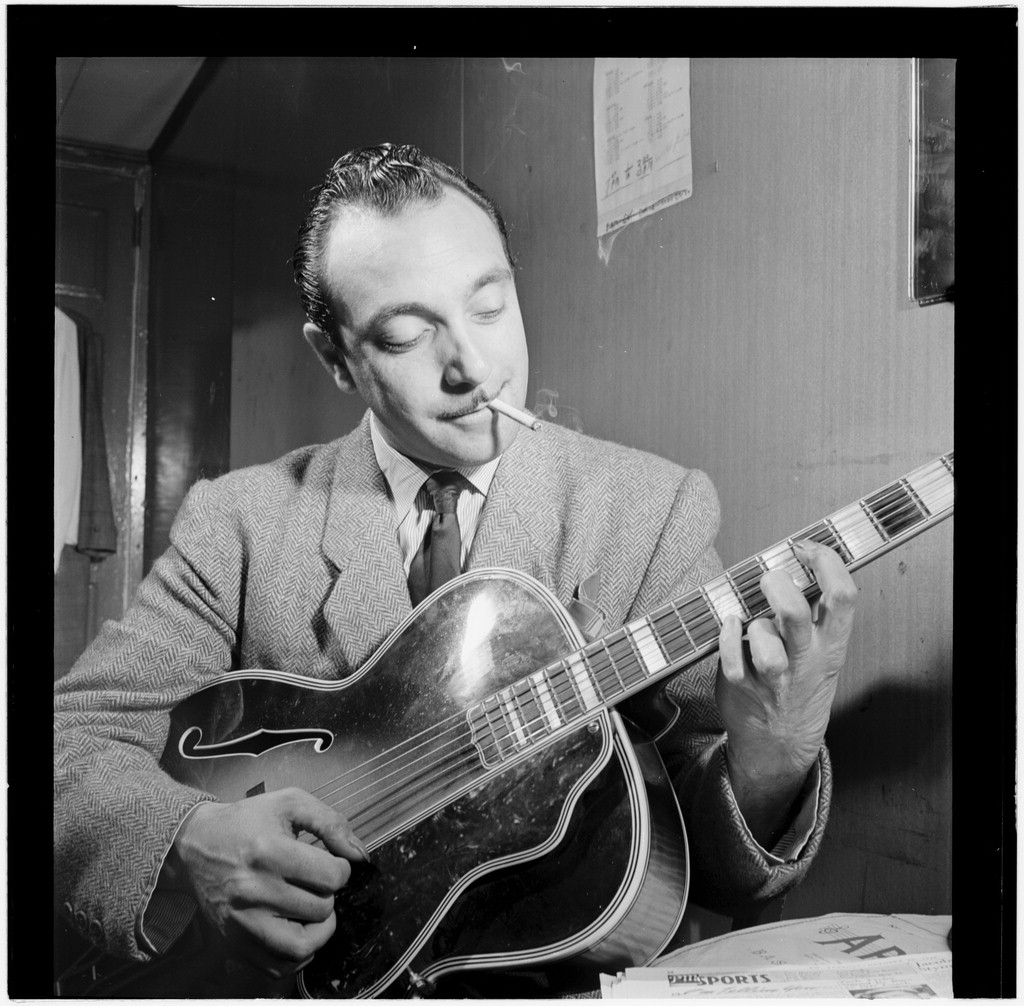 Musically, it’s hard to get more sophisticated than 20th century guitar icon Django Reinhardt. He’s full of contradictions. He’s about as continental as you can get, having secured his reputation as a guitarist with golden fingers in the Paris nightclubs of the 1930s, but with a sound firmly rooted in the rich, itinerant tradition of Europe’s Romani people. His music is both complicated and utterly distinctive but warm and accessible to jazz and instrumental newbies, which explains his popularity on movie soundtracks over the decades. It’s not hard to understand why so many people not only listen to him regularly, they revere him.