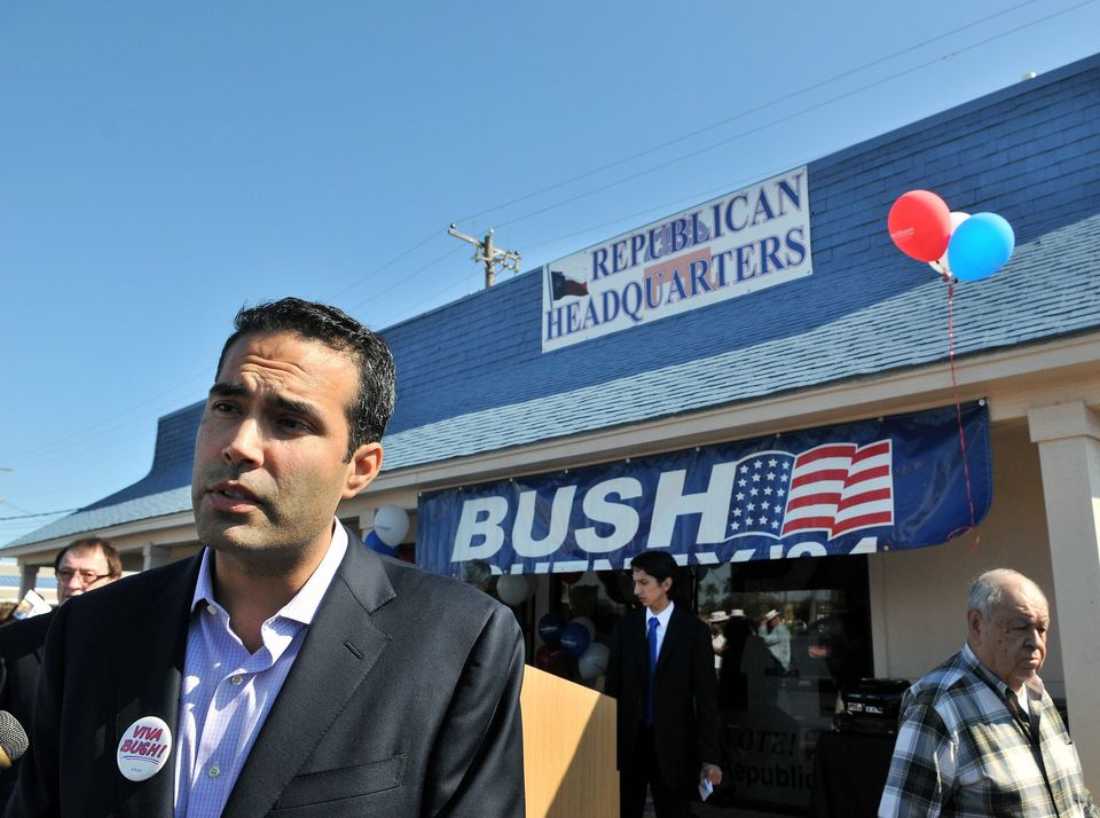 The Bushes don’t hanker to inch up the political ladder. They start at or near the top. For four generations, it’s either been Congress or statewide office for them.

George P. Bush, 37, is no exception. He announced early in September 2012 that he would run for a statewide office and was considering several, maybe attorney general.

He filed papers that November to run statewide. The same month, George P.’s father Jeb e-mailed a donor list seeking support for his son in 2014 for land commissioner.

In January 2013, Bush confirmed that  he was running for land commissioner, the position being vacated by Jerry Patterson so he could run for lieutenant governor. George P. had raised $1.3 million.  By July, it was $3.3 million.

George P.’s political and familial forebears all lost their first races but won the second. Great-grandfather Prescott Bush’s first race was for U.S. senator from Connecticut in 1950. Grandfather George H. W. Bush ran for U.S. senator from Texas in 1964. Father Jeb Bush’s first was for  governor of Florida in 1994. And Uncle George W. Bush ran for Texas’ 19th Congressional District in 1978.

In Texas, land commissioner is a well-used springboard for higher political office. Democratic Land Commissioners Bob Armstrong (1971-1983) and Garry Mauro (1983-1999) both ran for governor. Both lost.

Every experienced Republican politician who might have run for land commissioner backed out after George P. got in. They didn’t want to go up  against the huge name identification and fund-raising might of a George Bush.

The same thing happened when Uncle W. ran for governor in 1994. Even though it meant taking on popular incumbent Democrat Ann Richards, there were at least three credible politicians who’d wanted to run but backed off when W. dropped his hat in the ring.

George P.’s lone opponent in the March 2 Republican primary is David Watts, a Tea Party candidate who, after college in Kentucky, lost a 1992 race for the Kentucky House of Representatives.

Watts is an East Texas businessman, preacher, teacher, novelist, commercial pilot, and semi-professional photographer, according to his campaign website. He and his wife and three children live on 19 acres between Gilmer and Longview.

George P. has been doing everything he can to encourage Republicans to reach out rather than seek to punish Hispanics.

Bush’s mother, Columba Garnica Gallo, is from Mexico. Like other Bushes, George P. thinks Republicans should court Hispanics. He was co-founder of the Hispanic Republicans of Texas.

In January George P. told a Corpus Christi group that, “For me and my family, it’s not Hispanic outreach. It’s Hispanic inclusion.”

“If we’re going to be successful and be considered credible in the Hispanic community,” he told the Texas Tribune, “we’ve got to denounce some of the ignorant statements that are made about Hispanics and the contributions we make, whether it’s to the military, our nation’s economy, or to the history of Texas.”

If George P. wins, don’t look for him to grow old in the land commissioner’s office.