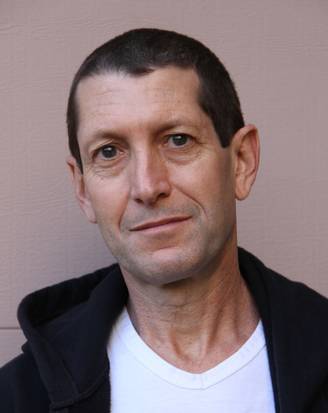 University of Houston law professor and anti-death penalty crusader David Dow made a big noise in 2010 with his first book, The Autobiography of an Execution. In it, Dow took a highly personal look at the stressful, morally complex issues he faced while representing Texas death row inmates during their appeals processes. Ten years before publishing the book, Dow had founded the Texas Innocence Network in Houston, which still pairs idealistic law students with “the walking dead” in an effort to get the latter as fair a shake as possible in the state’s byzantine capital punishment system. Execution put a smart, snarky, ambivalent face –– Dow’s face –– on death penalty opposition, acknowledging the horrors visited upon murder victims’ families (by the crime and the justice system) while spotlighting, with fierce precision, all the reasons why capital punishment is absurd and grossly unfair. He also mixed in anecdotes about his wife and son to reflect the toll that his emotionally fraught caseload took on the innocent bystanders in his own life.

Dow returns with a second volume, suspiciously titled Things I’ve Learned from Dying: A Book About Life. If you’re worried that the author has retired his activist mantle in favor of serving chicken soup for the soul via the lucrative field of inspirational literature, the answer is: sort of. Things I’ve Learned is a messy, schizophrenic book –– a memoir, the author takes pains to clarify –– full of occasionally brilliant descriptive passages and sometimes fearless observations from the many desperate lives that Dow has touched with his work. The book runs into consistent trouble, however, when it tries to mix his personal travails with the focus-stealing subject of capital punishment. Like so many earnest memoirists, Dow finds sentimental stories about himself and his marriage more fascinating than some readers will. Ironically, his adventures in the jargon-dense, ridiculously bureaucratic world of state and federal courts are more compelling.

Things I’ve Learned combines three stories that happened more or less simultaneously in the author’s life: Dow represented a young African-American man condemned to die for the murder of an elderly white woman; Dow’s brainy, philosophical scientist father-in-law died of melanoma, apparently offering erudite commentary the whole time; and Dow’s beloved Doberman Winona expired from the effects of a medical treatment her owners chose. Dow thinks there are common themes to these self-evidently disparate sagas, and if you’re speaking in really broad terms, they all deal not only with mortality but pre-knowledge of impending death. The book alternates the stories as chapters to generate tidbits of first-person wisdom by Dow on a variety of subjects, from child-rearing (“kids see truths that to … adults like me … remain obscure”) to understanding the motives of other people (“not knowing is itself knowledge”). He briefly explores the worlds of alternative cancer therapies, contemporary veterinary care, and the state and federal appeals process for convicted killers, which in Texas is decidedly stacked against the convicted. Dow strives to tie everything together with his sardonic, learned commentary, but it feels like the writer is competing with his own multiple subjects while waxing philosophical about all of them. By the mid-point of the book, some readers will sense Dow is a little too much in love with his own literary voice to pull off this ill-advised juggling act.

Since Things I’ve Learned is all over the map in its topics, readers will likely gravitate to whichever of the three stories speaks to them. For me, the death penalty stuff was riveting, infuriating, and fresh. The chronicle of the father-in-law choosing quality over quantity of life (he refuses treatments that might extend his days but miserably) is an important one, but in Dow’s version, the old man spends more time chattering about death than he does actually dying. In fact, he seems to have a pretty good handle on the whole dying process, insofar as overthinking death can prepare anyone for it. And as for Dow’s adored Winona, spoiler alert: He has to have her put down. As wonderful a life companion as she doubtlessly was, her story feels inflated for the sake of inclusion here. Pleasing dog-lovers and death penalty opponents might be a goal too complicated for one book to achieve.