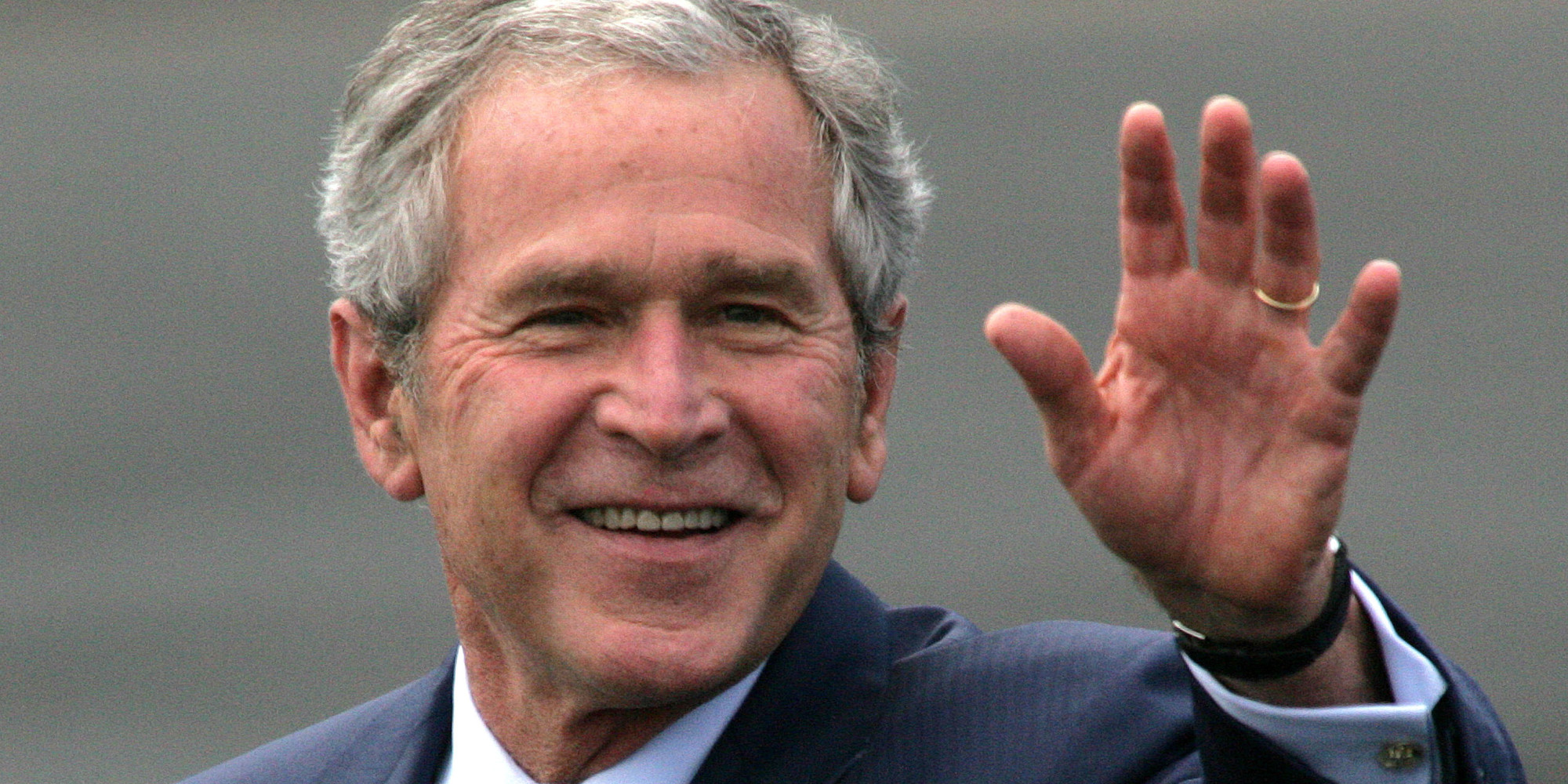 It’s official. Texas’ own Dubya is back, hinting at a dirty joke at a civil rights conference, leading wounded warriors on a 100K bike ride, and becoming well known in retirement as a veritable artiste.

For some Americans, nostalgic for what they saw as his strong leadership in foreign affairs and straight talk, a Dubya revival of sorts is under way. Just the other day, I was, as usual, minding my own business in a local waiting room when in comes a gentleman all in a lather after his daily marathon of Fox News and talk radio. This poor man was hyperventilating about how everything in this country is going to hell in a handbasket, nattering on about how the president keeps stealing more powers and giving money away to “those people” to buy their votes. Why, the country has been speeding downhill ever since Barack Obama got elected, he lamented.

There I was, wishing I could be like Woody Allen in Annie Hall, but instead of pulling Marshall McLuhan, I wanted to pull Nobel Prize-winner Paul Krugman out of thin air, already equipped with a PowerPoint presentation to refute this right-winger’s rant item by item.

It would show how nearly 4 million jobs have been created under Obama and how the unemployment rate has gone down almost 7 percent. And how the Dow Jones Industrial Average has doubled. If a Republican had those kind of numbers, all we’d be hearing about 24-7 would be that it was the greatest economic recovery since the Gipper himself.

Given the above, what exactly is it about the good old days of Bush 43 that some people are nostalgic for? Is it the chest-beating you miss? The torture? The invasions? The almost total collapse of the economy?

Of course, for reasons beyond me, Dubya has always kept his popularity here in Texas. In 2009 the Texas Rangers honored him by having him throw out the first ball in their season opener, and the crowd gave him a standing ovation. Not to be outdone, that same year the Dallas Cowboys had him do the coin toss at their inaugural game at Jerry World. In 2010 the Texas History Museum Foundation honored him as a history-making Texan.

History-making? Why, yes, I suppose so. This is the same George W. Bush who called himself the decider and who is unambiguously guilty of the supreme international crime of aggression against Iraq, a country that never attacked us and whose third-rate military was in no way a real threat to us. Even if they had WMDs, which they didn’t, they had no delivery system, outside of FedEx.

Think about it. Bush started an unnecessary war, a war of choice, that killed at least 100,000 people; displaced more than a million; brought untold misery to countless others; and will end up, according to economist Joseph Stiglitz, costing us three trillion dollars. Everyone, from American military personnel to your average Iraqi, owes their suffering to one man: George W. Bush.

He also admitted in his book Decision Points that he ordered waterboarding. Forget his hired legal guns and their alleged legal justifications for it. Waterboarding has historically been considered torture. More than 60 years ago, the United States tried and convicted Japanese who waterboarded American and Allied prisoners. Here is a man who besmirched the honor and integrity of the United States by allowing torture to take place on his watch.

So if you’re feeling nostalgic for those halcyon days of yore, you need to be sure you really know what you’re nostalgic for: hubris, war, international crimes, torture, the joys of the Great Recession? Take your pick.