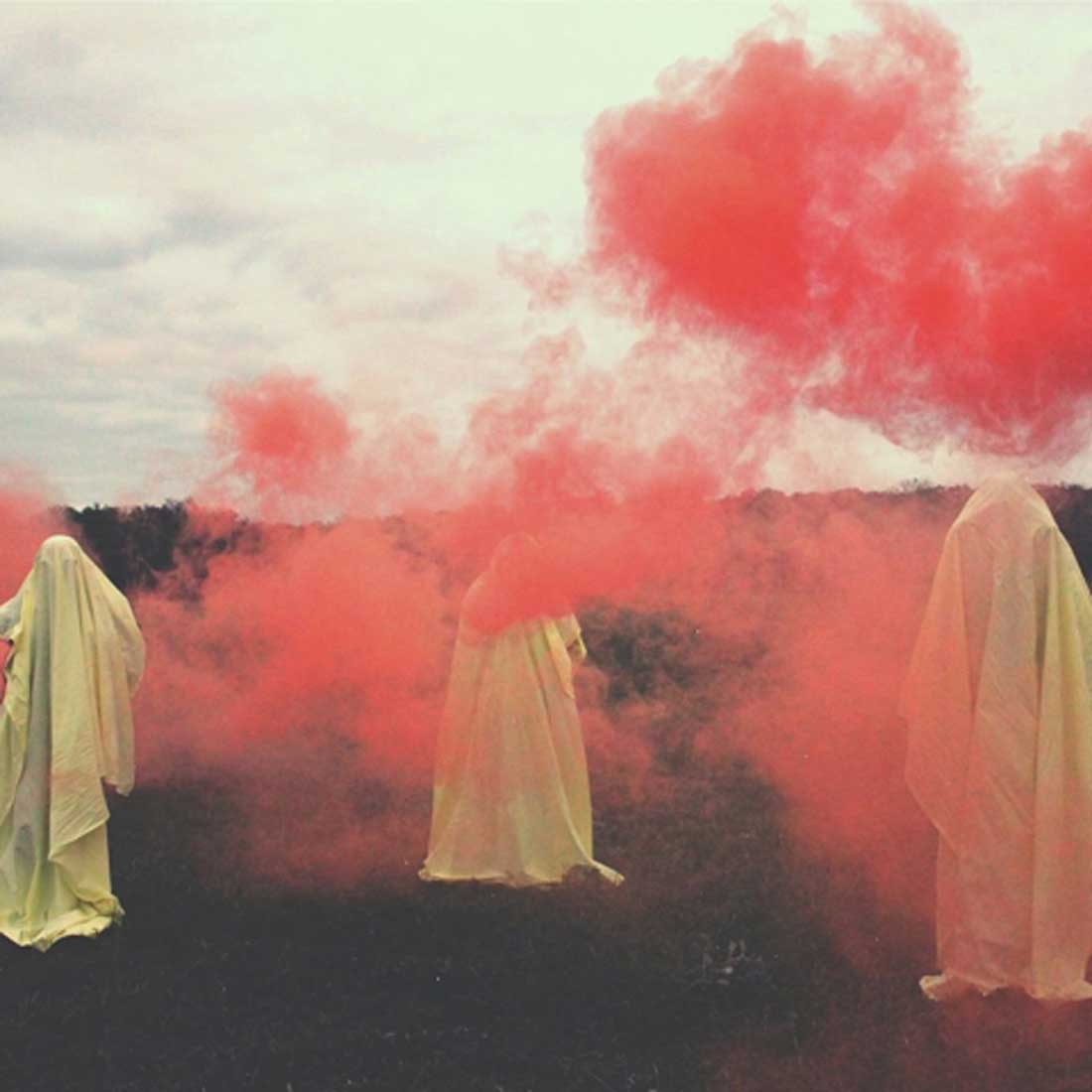 Though Cleanup’s ranks have changed a little since the band’s debut recording, the EP Wherever Your Place May Be (2012), frontman Landon Cabarubio and company are still math-rock giants. And while singer-songwriter Keegan McInroe is bringing Fort Worth to Europe, the good folks behind Lo-Life Recordings and Dreamy Soundz are celebrating yon towne of cow here. –– Anthony Mariani

It’s taken awhile, but the experimental rock trio Cleanup has finally put out a bona fide album. And it’s a gem.

Recorded at Fort Worth Sound and co-produced by the band and Tanner Landry (who’s produced works by Aden Bubeck, Joey Green, Hudson Moore), Sun Life is eight mercurial, reverb-dripping tracks of intricately interwoven guitars and synths, bright and pure vocals, and rhythms that are devilishly tricky to follow but easy to enjoy.

The opener, “Cruiser,” sets the tone. A short introductory anthem by guitarist Landon Cabarubio precedes a thunderous eruption by drummer Riley Pennock. Seemingly endless and blazingly fast riffs by Cabarubio and bassist Kyle Harding weave in and out, creating a frenzied feel that is partly soothed by ghostly two-part crooning by lead vocalist Cabarubio, who, apparently, is equally adept at dubbing guitar and vocal passages.

One of the midtempo tracks, “Jim, Son of Jim,” opens like a three-part fugue. A spacious arpeggiated six-string prelude is answered by another, descending guitar figure that is finally underlined by a warm, melodious bassline. Unlike in a standard classical fugue, though, the lines run in loops. The texture of the resulting hypnotic effect is varied only by frosty, meditative trumpet by guest performer Justin Barbee.

The group’s mellower side is encapsulated on “Ghost of Duncan.” Cabarubio’s languid, high-pitched wails are accompanied by heavy, distorted guitar phrases. But the reverie doesn’t last long. As soon as the gossamer mood appears to be taking hold for good, Cleanup kicks into high gear, pumping out high-velocity drum kicks and rolls, rampaging guitar solos, and beautifully ragged vocals.

Just beneath the surface of Cleanup’s avant garde time signatures, expansive sound, and virtuosic bravura is a relatable formula that all great bands adhere to: masterful timing, carefully layered textures, and a clear understanding of each band member’s strengths. –– Edward Brown

The word “troubadour” is applied often to singer-songwriters, but the more precise definition of the word –– a traveling musician who writes and performs love poetry –– is a particularly apt description for artist Keegan McInroe. Over the past few years, the Fort Worth performer (and sometime Weekly contributor) has amassed a notable European following playing the pubs, clubs, and folk festivals of France, Italy, and Germany, among other countries. His new country-tinged EP, Uncouth Pilgrims, is a glorious mini-documentary of those travels (a full-length album will be released later this year) and further testimony to McInroe’s inventive, seemingly inexhaustible charms as a chronicler of romance and heartbreak.

If there’s anything more grueling than a musician traveling that lonesome road, it’s a music fan having to listen to another song about a musician traveling that lonesome road. McInroe’s secret weapon may be his emotionally versatile voice, which he molds into a diverse cast of characters relaying their own stories of the rambling life. With wry dobro commentary and gently waltzing acoustic guitars, the self-satisfied Lothario of “Lay Down” assures his latest potential female conquest that he’d happily give up all that wandering just for her. “Lumberjack Blues” is a near-brilliant display of mock macho bravado, with McInroe’s boyish vox tuned down to a guttural growl for lines like “My blade stays sharp, so don’t you worry none ’bout me.” The thoughtful, plaintive “Tonight” finds the fragile side of McInroe the playah, when he laments with hushed regret, “Tonight I hurt someone new.”

Uncouth Pilgrims finds McInroe exploring different emotional and psychological sides to his troubadour persona. The fact he can enthrall his listeners with such familiar territory is a tribute to his impressive gifts as both a musician and a storyteller. –– Jimmy Fowler

The second in a planned series of comps planned by local indie labels Lo-Life Recordings and Dreamy Soundz, Group Therapy, Vol. 2 collects tracks from 20 bands recorded live by Britt Robisheaux (The Theater Fire, Drug Mountain, Bludded Head) and Dreamy Soundz co-owners/producers Jennifer and Robby Rux at The Where House on a night back in January. You’ll find the usual cast of Dream Soundz/Lo-Life/Fairmount-affiliated bands — War Party, Sealion, Year of the Bear — plus relatively new acts like garage-rock duo Jack Thunder & The Road Soda and synthy post-punks Bummer Vacation. While the first volume was heavy on punk and reverb with a lot of garage and psych-oriented bands, Vol. 2’s genres are all over the map, incorporating pop (Son of Stan), stoner metal (Vicious Firs), groovy roots-rock (Patriot), and piano work from neighborhood fixture Andy Pickett. Given the vibe of the session (keggified Sunday bro-down at “The Where” punctuated by occasional bouts of tracking), the performances are agreeably loose-limbed and loud. It’s like the bands took their sessions just seriously enough, and the casual hang-out atmosphere is perfectly suited for the album’s cassette tape format. Moreover, a lot of these songs are either brand new, b-sides, or works in progress, so you get a sense for what these bands are like now versus where they’ll be in six months or a year, making each installment in the Group Therapy series an essential yearly artifact. –– Steve Steward