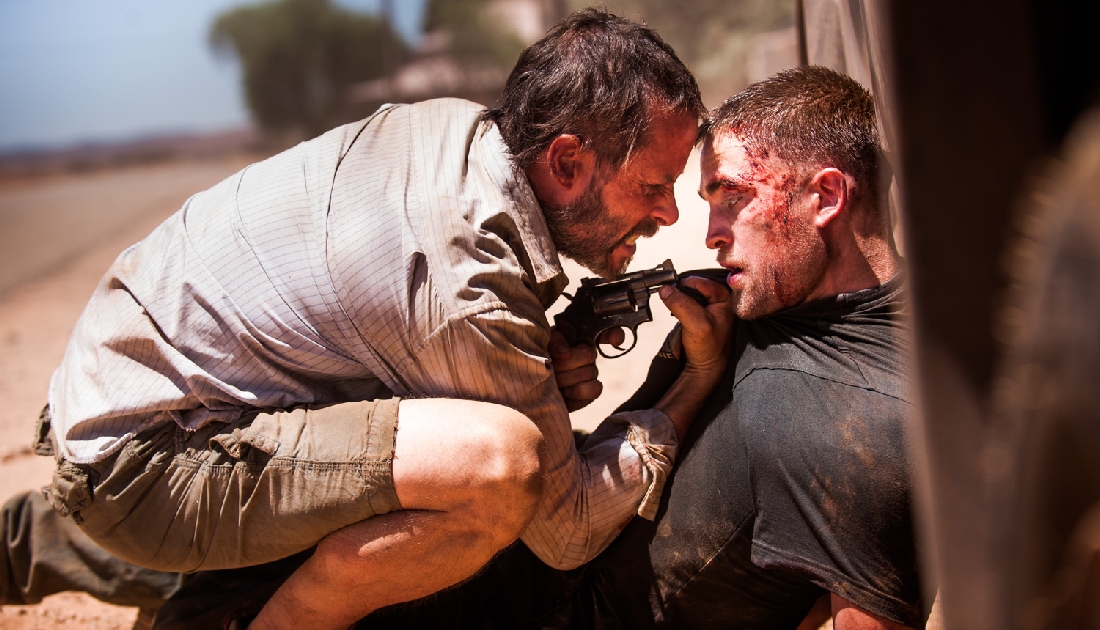 David Michôd is clearly a talented filmmaker. I just wish I could figure out what he’s up to.

The Australian writer-director made his debut in 2010 with his striking crime drama Animal Kingdom, which despite its limited release secured an Oscar nomination for Jacki Weaver’s supporting performance. His follow-up film, the post-apocalyptic thriller The Rover, is opening wider this week in Fort Worth, Arlington, and Grapevine. Yet despite its flashes of brilliance, the payoff isn’t enough.

The movie is set in the Australian outback 10 years after an unspecified event that the film calls “The Collapse.” A drifter named Eric (Guy Pearce) is minding his own business, having a drink at an otherwise deserted karaoke bar when a bunch of criminals flip their Humvee nearby as they flee a shootout. The bad guys climb out of their car and jack Eric’s car, and so Eric takes off after them in their own vehicle to get his property back. He fails initially, but all signs point to Eric being a handful — when he goes to buy a handgun from a dealer and discovers he can’t afford it, he simply shoots the seller in the head with the merchandise and walks out with it.

Michôd makes no bones about ripping off the Mad Max movies from the 1980s, though he treats the material with much greater austerity and seriousness. A friendship is supposed to develop between Eric and Rey (Robert Pattinson), the wounded brother of the criminals’ leader (Scoot McNairy), whose cohorts abandon him during the firefight. Doing everything he can to escape his Twilight persona, Pattinson sports a buzz cut, shifts his weight from foot to foot, and delivers his lines in a mush-mouthed redneck American accent. It’s a nice effort, but you’re painfully conscious that Pattinson is acting here. In any event, the writing doesn’t give the actors enough to work with, and it frequently comes off as pretentious philosophizing, as with Eric’s monologue delivered to a soldier (Nash Edgerton) who guards Eric after he is taken prisoner.

The director does manage a few wonderfully sweaty, tense sequences, like the motel shootout between our protagonists and a group of soldiers that claims innocent lives. Michôd also manages some wit, both visually (the sight of the Hummer flipping over silently in the background while Eric stares at his drink) and aurally (Rey singing along to Keri Hilson’s “Pretty Girl Rock” amid the stark Australian landscape). The final sequence in The Rover reveals an outrageous pun in the movie’s title. It’s meant to be the punchline to a fatalistic cosmic joke, and yet as such it falls pretty flat. Michôd remains a filmmaker with great potential, but he’ll need a different project to realize it.