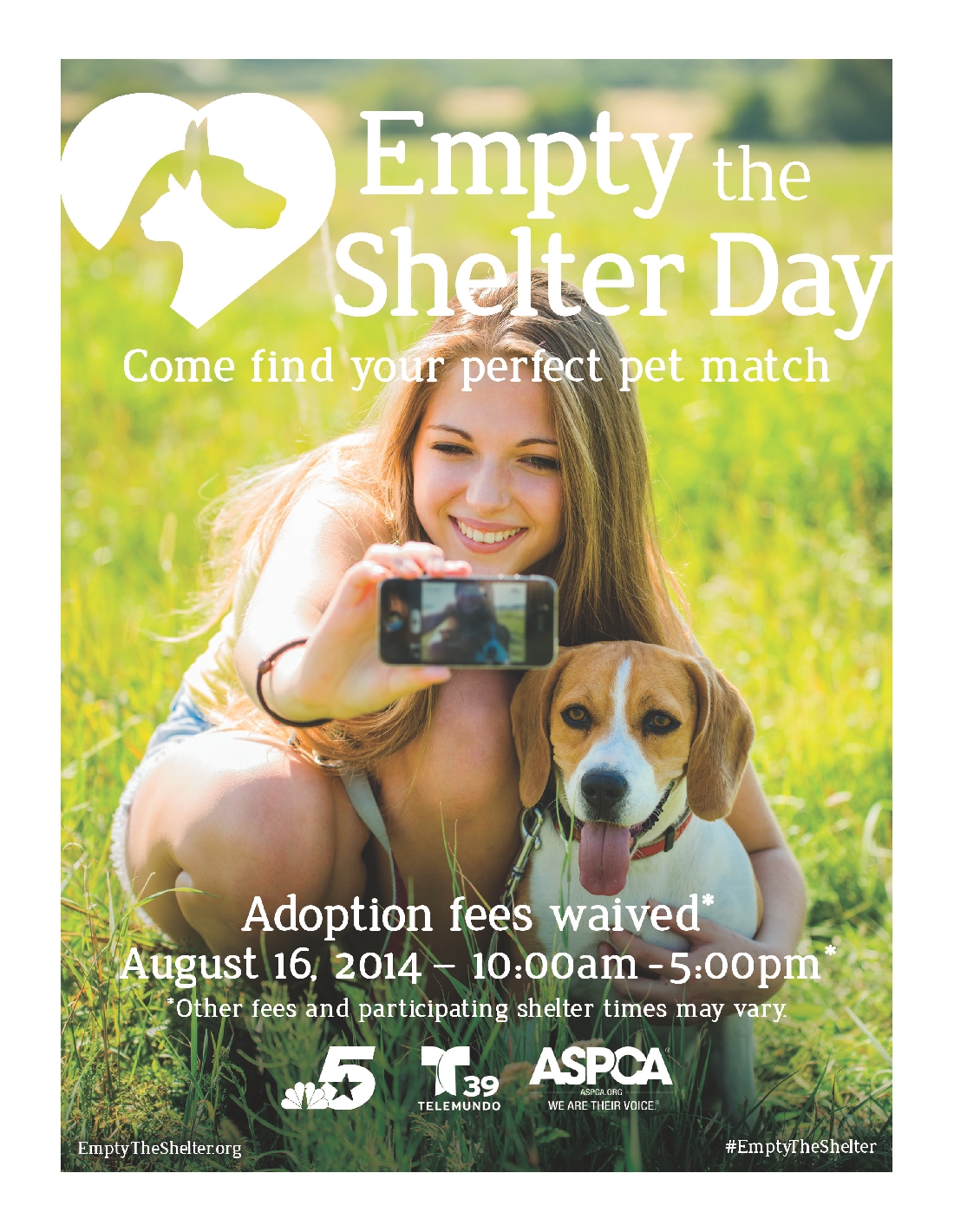 It’s bad enough that Static wants another dog every time it hears a Sarah McLachlan song. But on Saturday, animal shelters around town are all hanging up “Free Puppies and Kitties” signs. If you’ve ever wanted to give a homeless dog or cat a good home, schnauzer chance. Ow, ow, stop.

On Aug. 16, animal shelters across Fort Worth and Dallas are attempting to “empty the shelters.” Adoption fees, usually around $50 to $100 per animal, will be waived at all 33 participating agencies. The adoption fee usually pays for the animals to be spayed or neutered, vaccinated, examined, and in some shelters, micro-chipped.

There are twice as many critters coming into area shelters than are going out to loving families. Most shelters will take pet surrenders and do their best to find homes for them. The Humane Society and the city animal shelters are not “no-kill” shelters, so animals staying over a certain length of time may be sent to pet heaven.

Event organizers estimate that there will be 5,000 adoptable pets available across Tarrant and Dallas counties that day. Some of the agencies may require a copy of the landlord’s pet policy if you’re renting a home or  apartment, and you may have to sign a promise not to turn the pups into clothing for Cruella DeVille.

For more information and participating locations, visit Empty the Shelters.org.

The Rev. Kyev Tatum won a recent battle, but his war with the Fort Worth school district is far from over. The district, after first refusing to pay, has now been told by the school board to cough up $60,000 to compensate 100 young adults who participated in the Good Hands Crew summer work program (“Good Hands, Bad News,” Aug. 6, 2014).

But the district isn’t paying the $10,000 that Tatum says he and his program administrators are owed. On the contrary, the district says it will pay the kids and then try to get its money back, possibly through the courts, possibly from Tatum. District officials say they never gave him permission to implement the summer work program this year, but he did it anyway. The 100 kids in the program worked for two weeks at 17 schools.

Now Tatum is expecting multiples shoes to drop, including possibly being fired from his other school-related job. He is a consultant, on contract, at Trimble Tech High School.

“They can void all of it; they are the district,” he said. “I’m very concerned.”

He’s also worried for students, saying the school board and district administrators “do not have a clue of how to improve the academic and behavioral concerns of our African-American students.”

Not exactly how Static would begin contract negotiations, but Tatum does things his own way.