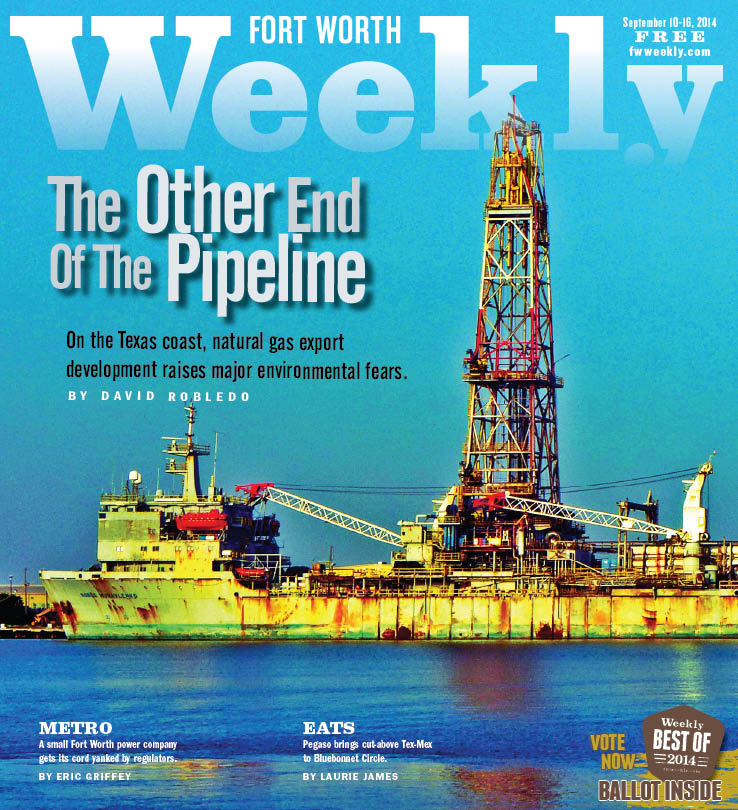 I’m kayaking the bay that separates Port Isabel and South Padre Island when a large dorsal fin breaks the water. Another fin surfaces, and several more. My heart skips a few beats. And it looks like I’m surrounded … by one of the Lone Star State’s most lovable economic resources, a tribe of bottle-nose dolphins that inhabit Dolphin Cove, a rocky and deep sanctuary that slopes to the Port of Brownsville’s 45-foot-deep cargo-ship channel. Hundreds of sightseers visit this cove each summer day, hoping to get a glimpse of these animals that live at the southernmost tip of Texas’ most-visited beach.

The dolphins seem happy and ready to play. Anglers wade a few yards away on a sandy shelf that quickly drops off to become the cove’s edge. One fisherman hooks a fighter as I paddle past him.

There aren’t many places in the world where people can be surrounded by archaic wildlife and habitat as they are on this beach that helps etch the United States’ southwestern boundary. There are even fewer such places juxtaposed with notable restaurants, bars, nightclubs, and hotel and condominium rentals like those of South Padre Island.

The combination of natural attractions and first-world amenities has been a lucrative one on this island, which leads the state in per capita revenues generated by regular tourism, nature tourism, sport-fishing, and hotel-motel taxes. These revenues are hugely important to the economic zone that the island is a part of, a region that routinely posts the nation’s highest poverty rate.

Precisely because this area is poor, corporations that want to ship liquefied natural gas from the port of Brownsville — the Valley’s largest city and the nation’s poorest of its size — have found eager audiences for their sales pitch about the jobs and prosperity that their industry could bring. Government agencies and quasi-public corporations have already spent millions, and plan to spend upward of a billion dollars, to create infrastructure here for LNG development, including a power plant, a pipeline, a deepened ship channel, and highway spurs.

But those job-creation claims appear to be overblown, and while the LNG locomotive is picking up steam, authorities and industry spokespeople are sidestepping the question of damage to the environment and to the existing tourism economy that could far outlast any jobs that will be created.

If the public entities involved were to take the money they are spending to underwrite LNG export development and simply give it to the 1,000 or so employees who might end up with semi-permanent jobs, those workers would be millionaires.

This is the other end of the shale drilling story, extending from places like the Barnett Shale in North Texas and the Eagle Ford Shale in South Texas, where drillers have caused huge damage to the environment and to people’s health and lives — and reaching now to the Texas coast, where the industry is rushing to get its product to an enormously lucrative foreign market. That market window may not be open for long, so the drive is on to get in and make money now, a process likely to drive up gas prices in this country and use up the United States’ shale gas supplies much more rapidly than had been predicted.

To help sell America’s natural gas reserves to China and other countries, the U.S. House passed a legislative package this summer that is now awaiting consideration by the Senate.

As with, it seems, every other highly lucrative but potentially polluting and dangerous development in the petroleum industry, Texas is poised to play a major role in the LNG export business, with more coastal sites being groomed for LNG shipment than in any other state. Four of those are planned for Brownsville, with federal permits already granted, pending environmental review.

Currently there is one operating LNG export terminal in this country, in Alaska, and 10 existing LNG import facilities, including two in Texas and three in Louisiana.

Of the 10 import facilities, at least eight have applied to add exports to their permitting. And there’s been a flurry of additional applications from companies trying to get in on the action. Of the 16 applications that have received federal regulatory approval to export LNG, seven would be located on the Texas coast, including the four in Brownsville.

The natural gas industry likes to boast of how much cleaner its fuel burns than coal, which is the world’s leading fuel for powering electric plants. A 2014 analysis from the U.S. Department of Energy, which looks at numerous aspects of LNG production, suggests that, overall, use of liquefied natural gas to replace coal could help reduce global emissions and stabilize global temperatures.

But this research also shows how damaging natural gas and LNG production are to the communities involved in its extraction and transportation. Converting natural gas to LNG is also a very dirty process. And other research estimates that methane — natural gas — is 21 times more damaging to the atmosphere than carbon dioxide. It all adds up to a fuel whose use might ultimately increase the world’s temperatures faster than coal.

Coal pollutes the atmosphere when it is burned, not when it is being mined or transported. Natural gas, by comparison, burns cleaner but is heavily polluting in the drilling, fracking, and transportation processes. Morever, studies suggest that the coastal areas where the gas is liquefied and then shipped would experience carbon dioxide pollution comparable to that of coal-fired plants, plus general greenhouse gas emissions that are almost off the charts.

When the pollution from four potential conversion plants ends up in one coastal estuary that’s downwind from the region’s largest economic driver — South Padre Island — the results could be extreme.

The pollution occurs because, in order to make LNG shippable, natural gas has to be refined to nearly pure methane and then cooled to a liquid. The cooling process requires considerable energy — another factor in the pollution load. A typical LNG plant will use 160 megawatts of energy annually, or about the amount used to power a town of 100,000 people.

Natural gas also leaks while it’s being stored. And a process known as flaring — burning the impure extractions from the pure methane — creates significant brown-cloud pollution in the LNG conversion process and can also kill any birds that might be flying above. According to estimates from the Lone Star Chapter of the Sierra Club, the LNG plants planned here would also release nearly 8,000 tons of nitrous oxide and 25 tons of sulfur dioxide, the contaminants that combine with water vapor to trigger acid rain. The figures are based on pollution estimates self-reported by an LNG export facility in Sabine Pass.

In the global warming equation, the question is how the pollution created in transporting, refining, and shipping LNG compares with that from coal-burning, which the LNG is intended to replace.

Some research suggests that increasing the release of methane into the atmosphere will speed global warming faster than burning coal, since methane traps heat far more efficiently than carbon dioxide. Converting natural gas to LNG doubles the release of methane that would occur if the gas were just transported by pipeline within the United States.

In the case of the Brownsville coastline, this pollution would occur in the center of nearly 20,000 acres of federally protected islands and coastal habitat, much of which has been newly rehabilitated as sanctuary for the 500 or so bird species that touch down on their migration journeys to and from Canada and Central and South America.

According to The Houston Chronicle, the four export terminals would dump 800 million or so gallons (yes, 800 million gallons) of chlorinated salt water per day — 18 degrees cooler than surrounding bay water — into this warm saline estuary. It’s difficult to predict exactly what sort of ecological domino effect might occur. The Environmental Protection Agency isn’t known for strong regulatory attitudes when it comes to LNG development, so depending on the EPA to protect the Laguna Madre and the tourism industry it supports looks like a crapshoot at best.

The uncanny variety of birds in this region has made it one of the world’s biggest draws for bird-watching enthusiasts, who make up a major group in the Valley’s tourism economy. They come to bird-watch, photograph, stargaze, camp, and hike, kicking in about $350 million to the region and generating nearly 5,000 jobs, according to a report from Texas A&M University’s Office of AgriLife Extension.

The bay itself is a rare ecosystem, the largest of only six hyper-saline bays in the world. Saltier and more dense than regular seawater, hyper-saline bays are very shallow bodies of water found on coastlines where fresh water is scarce. They are fertile incubators of unique ecosystems.

The abundance of trout, red drum, flounder, and numerous other sport fish in this bay has made South Padre and the surrounding coastal region the nation’s premier destination for shallow-water fishing. Sport fishing adds roughly another $400 million to the local economy. Major fishing tournaments are held in the Laguna Madre and along South Padre almost every weekend throughout the summer.

Then there are stunning amounts of money added to the economy by those who travel simply to enjoy the beach. Visit South Padre on any summer Saturday and you’ll see some 10,000 people playing in the sun along the two-mile stretch of public and semi-private beach.

In terms of stimulating a regional economy, South Padre Island outperforms all other Texas beaches. Occupancy taxes alone bring in $7 million annually for this town of 3,000 permanent residents. More than a million visitors make it to the island every year, generating a broadly calculated economic impact of more than a billion dollars.

Dolphin Cove is just one of the assets of the Laguna Madre, which stretches for more than a hundred miles along the Texas and Tamaulipas coastlines. It’s home to several species of sea turtles, including the world’s most endangered species, the Kemp’s Ridley.

What sets South Padre Island apart from other Texas beaches, according to Cecilia Riley, executive director of the Gulf Coast Bird Exploratory in Quintana, is that the air and water quality haven’t been compromised by industrial pollution.

Riley was one of a few dozen locals who fought the construction of an LNG facility at Quintana Beach near Houston a few years ago, but her group didn’t stop Freeport LNG from setting up shop near that small Texas town. The biggest obstacle for Texas groups wanting to fight LNG development, she said, is a sort of general acceptance of pollution by communities that already experience it.

“From a tourism perspective, LNG development is to be fought. For tourists and people who go to natural areas, they expect it to be natural,” she said. “But in fact the large majority of the Texas coast isn’t natural. It’s been industrialized so long that people sort of just live with it.”

But Riley said that South Padre Island is different because the region has remained free from major industrialization and pollution, and that that’s why nature lovers and tourists love to visit the tip of Texas.

Joseph Lewicki, a high school chemistry teacher from Arizona, makes the trek to South Padre most summers to meet up with family. Last year, he decided to try Galveston, but he was disappointed.

“I can get to the Gulf of California with a simple two-and-a-half-hour drive or to the Pacific Coast with a six-hour drive.  I easily prefer SPI over all of that, first and foremost because of the beach quality. … SPI so far has never let me down,” Lewicki said. 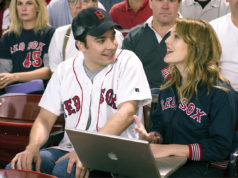 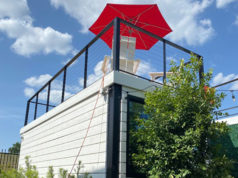