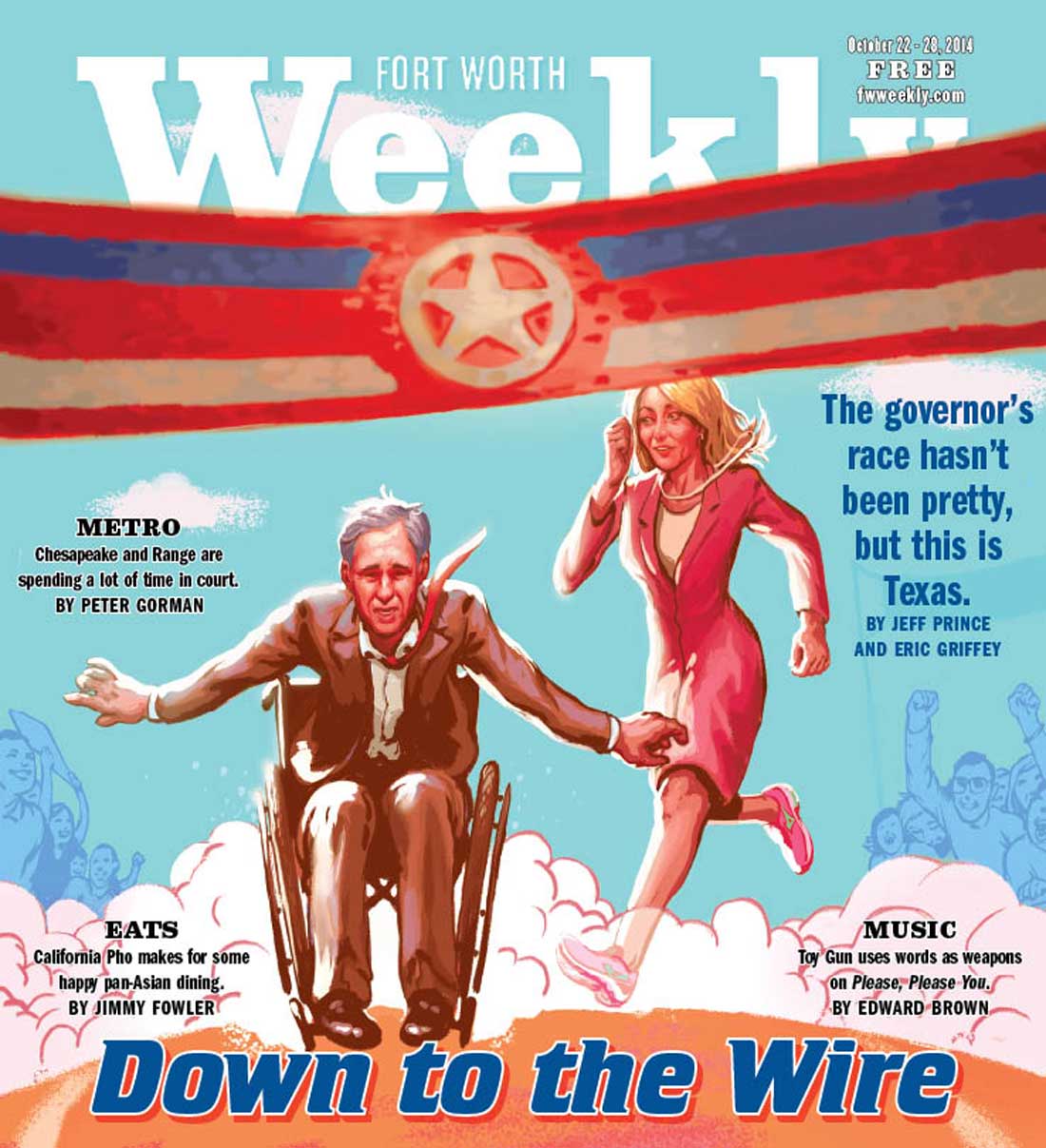 Winning the Republican primary in the Texas governor’s race these days is almost like being handed the keys to the mansion. Texas hasn’t elected a Democrat to the top office since 1991. Since then, Republican governors George W. Bush and Rick Perry have used their office to vault them into the presidency, in Bush’s case, and for Perry, a chance to screw up royally before a national audience.

With Perry not seeking re-election, Texas Attorney General Gregg Abbott won the Republican primary in March by a huge margin, and the campaign money rolled in — far more than his Democratic opponent, State Sen. Wendy Davis was raising.

All Abbott had to do was not do anything stupid. Run his campaign like an incumbent. Don’t make rape jokes. Don’t hire undocumented immigrants as housekeepers. Don’t smoke crack. Don’t piss off the Tea Party. Don’t sext like Anthony Weiner. Basic stuff.

But this is Texas politics. Things can get weird in a hurry.

You’d think some adviser might have sensed the danger of including misogynistic rocker Ted Nugent on the campaign team. Or in citing research from Charles Murray, an author who has declared women and minorities to be underachievers, prompting the Southern Poverty Law Center to brand him a “white nationalist.”

The attorney general looked naïve after appearing in commercials saying that if he were elected governor he would “unleash the oil and gas industry” –– an industry that’s never been leashed in Texas, enjoying lax regulation and special treatment by state officials for the past century.

For a guy who needed to lie low and play it safe, Abbott failed miserably at first. And while he piled up the faux pas, his Democratic challenger was being hailed as a rock star.

Davis gained national prominence from a lengthy Senate filibuster in 2013 against a bill that could close most abortion clinics in the state. (The bill passed and now is being fought through the courts.) Her pink tennis shoes became her calling card, and many people responded to her gutsy life story that included being a single mom living in a trailer house, fighting her way into the hallowed halls of Harvard University, and earning a law degree. People began associating her with former Gov. Ann Richards, the last Democrat to sit in the governor’s chair, after she defeated bumbling opponent Clayton Williams.

But as one Austin pundit put it, “Wendy Davis is no Ann Richards.” The pundit isn’t the only one saying so –– Time magazine published a story in February with an identical headline. And then Davis’ ex-husband talked to a reporter and shot holes in her backstory — minor holes, but holes nonetheless. Davis let up on the rags-to-riches story.

Rather than build on that initial rush of publicity and support, Davis spent so much time responding to criticism that she seemed to have trouble getting back to her own message. She snubbed President Barack Obama during his summer visit to Texas — even though an Obama campaigner put together a voter registration drive that could turn the tide for her. And her treatment of the press has drawn many grumbles.

Then again, she’s owned Abbott in two debates and has whittled away at the double-digit deficit shown in early polls. In some periods, fundraising on her behalf matched Abbott’s — quite a feat. More recent polls show she’s climbed to within six to nine points of Abbott among registered voters, who will render their verdict on Nov. 4.

But Abbott’s campaign seems back on track, despite major questions over his record, including his part in the Texas Enterprise Fund debacle.

With only a few weeks to go, Davis’ problem isn’t so much that she’s no Ann Richards as that Abbott is no Clayton Williams.