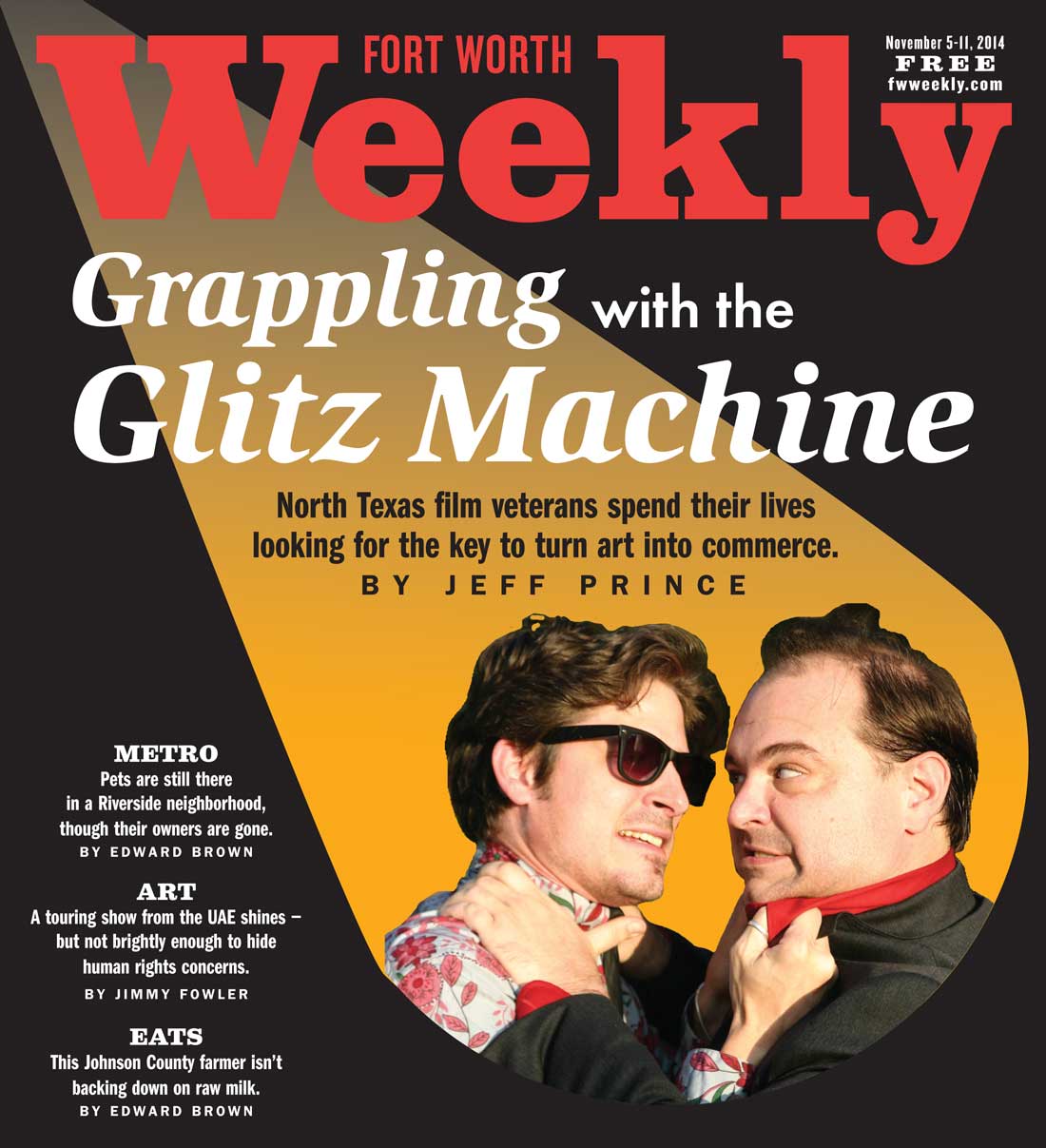 Q: What do you get when you put three North Texas film veterans in a home office in Cleburne?

A: Lots of talent, great ideas, excellent films and TV shows to their credit — and almost no money. Also, possibly, a grasp of what’s coming in the entertainment industry that could change the way we all watch movies and shows.

Celebrity names get sprinkled into the conversation like gold dust as local film producer Gabriel Horn describes his latest attempt at grabbing the elusive brass ring. Horn splits time between Cleburne and Hollywood, trying to put together movie deals, which is akin to herding hyenas in a snowstorm while tripping on LSD.

Horn had pitched a script to Robin Williams earlier this year. In June, the A-list actor expressed a willingness to take the part, although he was about to seek treatment at a rehab center in July to reinforce his sobriety. But his demons got the better of him, and he killed himself a month later.

Movie projects move with the speed of non-ninja turtles. Months had been spent trying to lure Williams. An entertainment company vowed to put up $12 million toward the movie if Horn and his co-producers could land some star power from a short list of names. Bruce Willis and Mickey Rourke have already passed on the project.

The stakes are high. Horn stands to earn 2 percent of the budget as producer –– a potential haul of $240,000, a pittance by Hollywood standards, but it would be a lifesaver to Horn.

The “office” where Horn, Ben Wilbanks, and Tom Huckabee spin out their plans is a spare room above Wilbanks’ parents’ garage. Wilbanks, in his mid-30s, still lives with his folks.

Horn, temporarily homeless, has been crashing on the couch for several months, ever since he and his wife separated. After 10 years together, as partners in both marriage and co-producing, she’d grown tired of his unending quest to crack the Hollywood code.

And Huckabee, who spent 25 years working in the film industry in Hollywood, risked it all on a film near and dear to his heart. He wrote the script, financed it, got it made, won prizes with it at various film festivals — but never found the right distributor and has never come close to making a dime off it.

In the past year, the trio collaborated on developing a TV show, Ghostbreakers, for which they still have high hopes. The series, a spoof of paranormal reality shows, has been written, cast, filmed, and edited and stars well-known TV actor Joey Greco (Cheaters) — and yet is waiting for a distribution mechanism.

It might be enough to make a grown man cry, were it not for a couple of things. First, this is the way things work in the entertainment industry. And second, new technology spearheaded by Apple, combined with a rule change being considered by the Federal Communications Commission, could be about to do for video entertainment what happened to the music industry over the last decade.

The gatekeepers — specifically, the cable companies that now wield so much power in determining home entertainment options — may be about to go the way of record moguls. And if they do, Ghostbreakers might be one of the first beneficiaries.