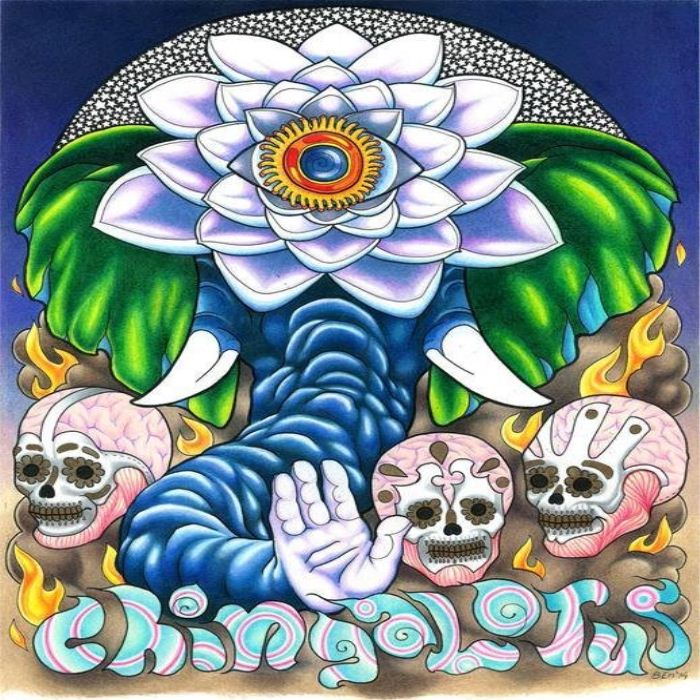 Big props to Chingalotus. Vocalist/bassist Charles Marchbanks, vocalist/guitarist Denver Williams, and drummer Josh Garcia definitely have a lot of chutzpah. Their newish sophomore album basically puts the listener inside the amps. Malfredo Alfinara sounds as if it had been recorded directly to an iPhone. Every note –– clean, fudged, or in between –– comes from right between your ears. The raw approach may be appropriate for punk rockers, for whom hitting all the right notes isn’t as important as expressing the right vibe. For a group like Chingalotus, whose ragged, brilliant pop spans the space from crunchy Lemonheads-like levity to barreling Old 97’s-influenced twang, the move is a little risky. But it certainly pays off.

The record was produced in Albuquerque, N.M., while the band was on its first tour, by some cat named Ryan Youngblood at his YBP Facility, a studio and makeshift crash space for traveling musicians. Marchbanks and company got turned onto YBP by a friend, Will Byrne, frontman for the P-A/Fort Worth outfit Train Conductor. “We did the recording after hammering out our songs and our brains on the road,” Williams said. “We were and still are a young band, so I look at it as an archive of that part of our experience. It was loads of fun, and I think in the future it will serve as a snapshot of us figuring out where we were at the time.”

No matter what they may sound like through earbuds, the songs –– well structured, catchy, and never predictable –– are there. “No Mas Flores” alternates between a soft, wet, bubbly semi-bluesy guitar riff and enormous, reverb-drenched staccato banging: “All that ether in the truuunk,” Marchbanks sings as the guitars and drums land repeatedly –– and loudly –– on the same few notes. “All your songbirds now are druuunk,” he continues before the music returns to that slick riff. “Bathing madly in the river / Every promise was a skunk.” “Lack There Of” is probably the wildest tune. As the rhythm sways back and forth, Marchbanks and Williams, their voices high, downy, and in harmony, spill the lyrics: “Something that is nothing is the lack thereof / The lack thereof is something that is nothing at all.” It’s a mythical duet between Split Enz’ Neil Finn and Squeeze’s Glenn Tilbrook. The chorus is bombastic yet tinged with melancholy: “I could have swore I could tell you how to do it / I had a plaaan; it was so crystal clear / But we realized that we were screeewed / Upon arrival / Just in time to see that nothing was there-ere.”

You can almost hear the ready-for-radio versions of the six tracks alongside their current rickety incarnations. Malfredo Alfanira isn’t unplugged or a collection of deconstructed anthems. It’s just a mansion built from Popsicle sticks and Elmer’s Glue or a car that goes 200 miles an hour on static electricity.

Along with Black Market Garden, Chingalotus will open for psychedelic Fort Worth rockers Secret Ghost Champion and the Townes Van Zandt-esque Vincent Neil Emerson on Saturday at The Cellar (2916 W. Berry St., 817-923-6116). Three tracks from a Chinaglotus show at that TCU-area hangout last year, plus two done in a studio, make up the band’s debut recording. The EP TelePortaPottyMouth came out in May, not long before Malfredo was released. But what a difference a few months makes! From Chili Peppers/Phish Lite, Chinaglotus has grown into a tasty idiosyncratic flavor. And there’s more to come.