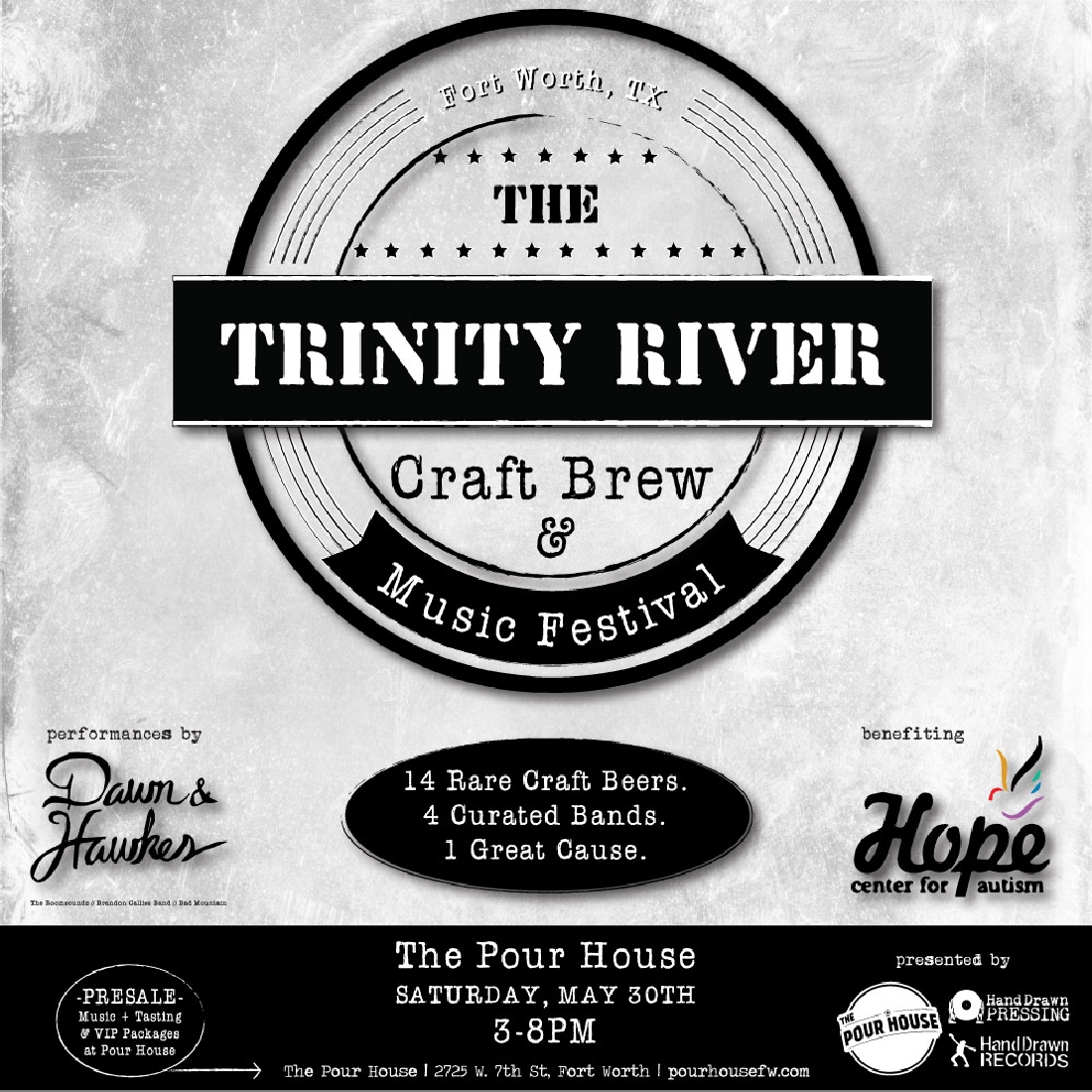 Here’s to hoisting one for a good cause. Dallas-based record label Hand Drawn Records and The Pour House are using craft beer and music to raise money for the Hope Center for Autism. The Trinity Craft Beer and Music Festival on May 30 features four North Texas music acts (Dawn & Hawkes, The Room sounds, Brandon Callies Band, and Bad Mountain) and 14 truly rare craft beer selections.

The craft brews on tap would please even the most discerning of hop heads. Hand Drawn Records creative director Dustin Blocker said the beer selections were chosen by the Pour House staff for their popularity and rarity.

How rare are these brewskies? Reading down the list, Blocker said he hasn’t had any of them yet, although he tries to keep up with the burgeoning craft beer movement as best he can. Dogfish Head 120 Minute IPA, for example, is rated by beeradvocate.com as one of the top IPAs in the world. The Delaware brewery only releases the highly prized ale twice a year and few bottles ever reach the shelves here in North Texas.

“I drink Revolver’s Blood and Honey by the six-pack a week,” he said. “I’ve been on that kick for a month now. I typically like Hefeweizens, wheat beers. They’re light, a little sweet but not too much, and usually they have good alcohol content. I’m in my 30s, when you get a little older you don’t want the watered down beer anymore. The coffee gets better and the beer gets better.”

Knowing that the rare beer selection were going to be a big draw for the charity event, Blocker decided to match the microbrew vibe with four “curated” acts that have similar but varied musical styles and come from not only The Fort, but Dallas, and Austin.

“This is about bringing communities together,” he said. “We capped the bands at four and the tickets sales at 500 people max. We think it’s going to be nice and tight. If you want to come for music only it’s $5, so we kept it super cheap.”

As a native of Fort Worth who lived 10 years in Dallas, he’s seen his hometown mature the past several years.

“The music scene has really grown, thanks in part to Fort Worth Weekly and Mariani cultivating all that. There are tons of venues now that didn’t exist five years ago. There had always been cover band places in the past, especially downtown and at the Stockyards. The growth of places like Lola’s and Magnolia Motor Lounge shows you the fans for all types of music are showing up now.”