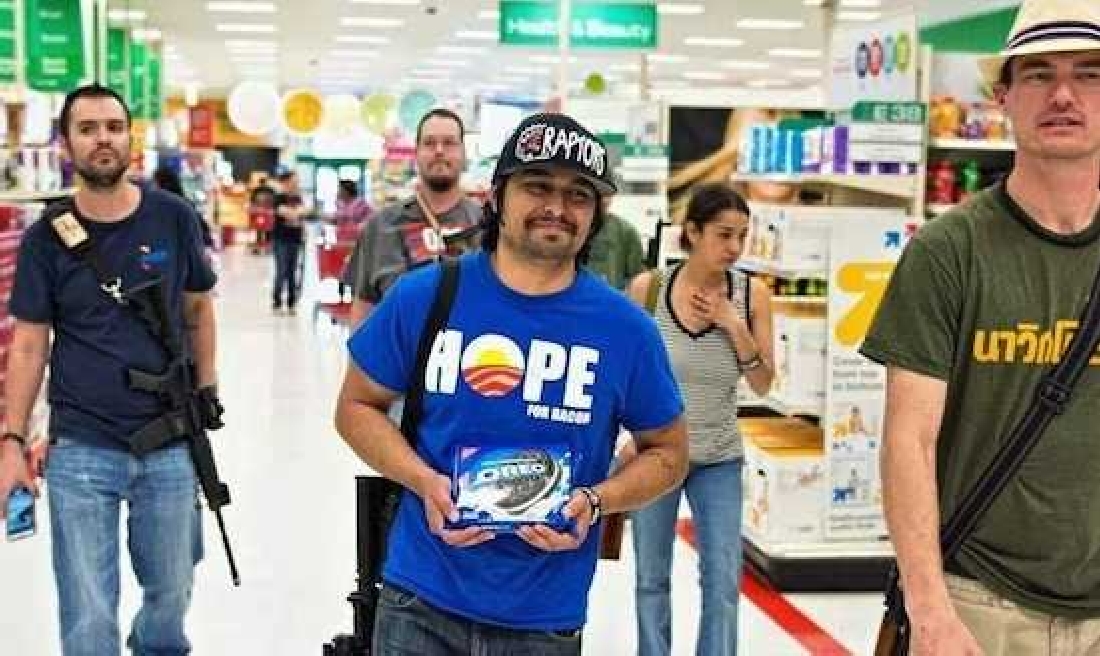 The Texas house passed an open-carry law that would allow people with concealed handgun licenses to pack heat in dorms and in most buildings on a college campus. The law requires private universities in Texas to also implement the legislation, and allows each campus to decide where concealed handguns would be allowed. The next time a gunman goes on campus to wreak havoc, 47 co-eds will popping caps gangland style into one another’s respective asses.

From the daddy-didn’t-hug-me enough file, the Fort Worth open-carry folks held another one of their show-and-tell rallies on 7th Street on Memorial Day. The penile-challenged group was standing menacingly near the Chipotle on University Drive (the whole corporation recently banned firearms) when a former marine stopped by to remind them they are attention-seeking assholes. The open-carry folks followed the guy around and harassed him in a show of the kind of maturity we’ve grown to expect from the intimidation enthusiasts.

No Trust for Trustee

The school board shot down an attempt to award a construction contract to Thos. S. Byrne Construction Services because Trustee Matthew Avila is the company’s CEO. Trustees T.A. Sims, Tobi Jackson, Ann Sutherland, Judy Needham and Christene Moss all voted against the contract, Avila and Cinto Ramos abstained, Ashley Paz and Norm Robbins voted in favor of it.

The family of Jerry Waller, a 72-year-old man who was shot and killed in his own garage by Fort Worth Police two years ago, is suing the city and seven former and current police officers. Waller’s attorney, Art Brender, filed a federal lawsuit in the Dallas District of the North Texas Circuit.  Then-Police Chief Jeffrey Halstead and Alex Hoeppner, the officer who fired the fatal shots, are both included in the suit.

The Dallas Stars will not return to Fort Worth for training camp. The squad will instead set up camp at the Cedar Park Center, where there’s a more reasonable people-to-Starbucks ratio.