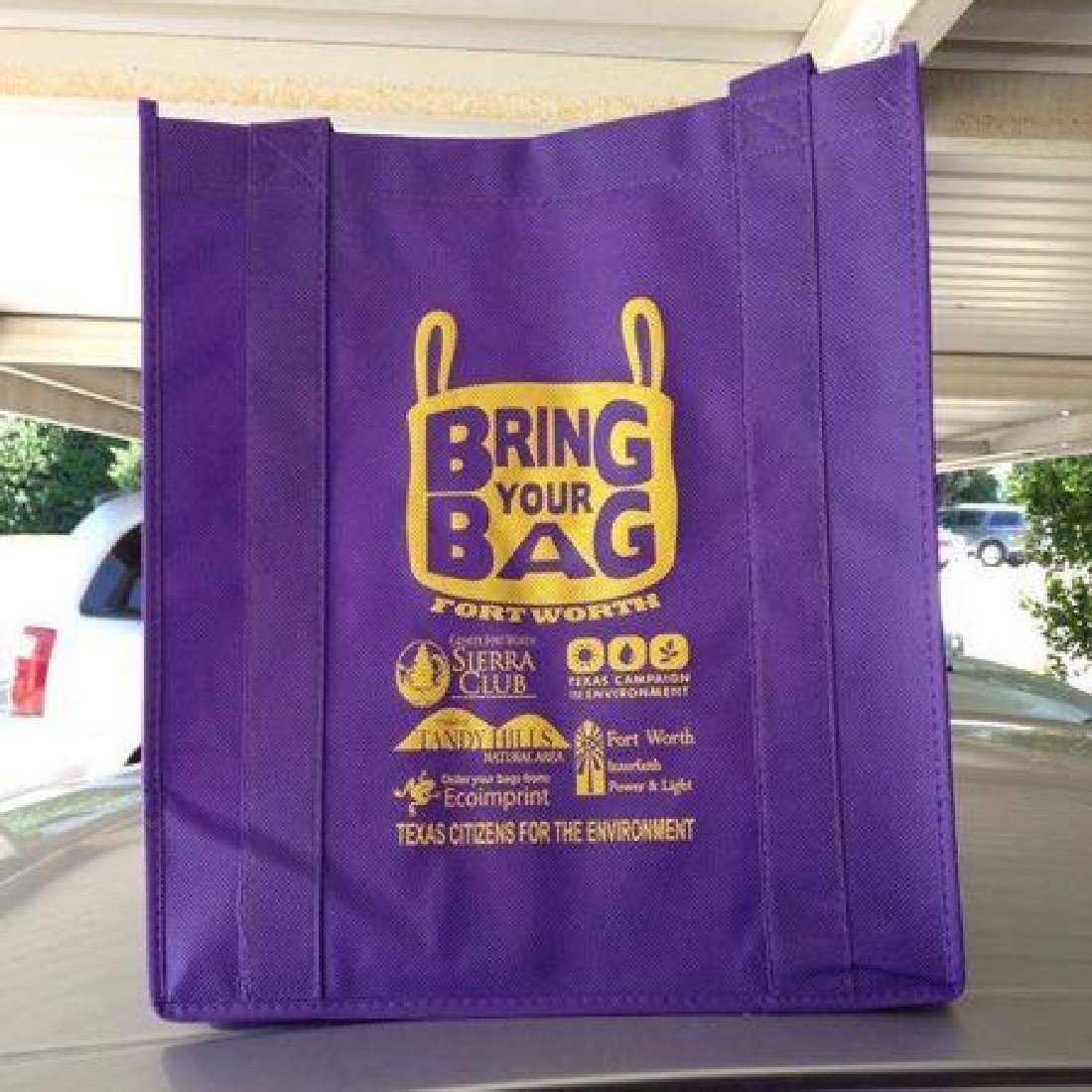 This week’s Static covers a Fort Worth plastic bag ban proposal that’s being headed up by the local Sierra Club chapter. Weekly staffers weren’t able to catch John MacFarlane, director of Sierra Club Greater Fort Worth Group, before the story went to print, so we’re sharing his insight here.

The effort, he said, started in August 2013 as a locally led initiative. The idea is to gradually phase out single-use, disposable bags, both paper and plastic. The group has a Facebook page, several hundred signatures on an online petition, and loads of info on its website. What they don’t have is solid support from Mayor Betsy Price and several City Council members, but that hasn’t deterred MacFarlane.

“We’ve met with eight of nine council members including the mayor,” he said. “We’re meeting with [City Councilman] Cary Moon on August 3.”

The feedback from the mayor and councilmembers has been “mixed,” he said. Without wanting to call out specific councilmembers, he said he’s optimistic about a handful of public officials who have voiced their support of the idea.

So what’s the problem with plastic bags? MacFarlane took an audible breath before laying out the issues.

“There’s the esthetic reasons,” he said. “We see these bags day being tossed around the city every day. We see them being stuck in fences, along sidewalks, roadways, and in our rivers and creeks. We pretty much see them everywhere, and it’s an eyesore. It’s trash like cigarette butts are. The other issue is that it’s actually harmful to the environment and to the animals and plants that live in the environment. Plastic bags don’t really biodegrade. They photodegrade [from sunlight] into millions of pieces. And that gets into everything. Those millions of pieces get ingested by fish. They just become a part of every organism that uses that river. It slowly kills fish. It can even kill cattle on land. That’s why cities in West Texas have passed bans like this.”

Critics are quick to point to a recent failed attempt to ban bags in Dallas, but MacFarlane said that that ban was fee-based. Fort Worth would phase out bags entirely under his proposal.

“The fee-based ban created a lot of bureaucracy and time-consuming paperwork,” he said. “With that model you are trying to make stores keep track of what is used. A phasing out ban like the one in Austin doesn’t require any paperwork.”

While MacFarlane is constantly reminded by city officials that top-down regulations aren’t the Fort Worth Way, the rest of the world seems to be moving on, including countries like China and India that have outright banned the lightweight disposable bag.

“I’m optimistic,” MacFarlane said. “The trends are favorable. California and Chicago have bans like this. Even in conservative Texas, 10 cities have enacted these bans. There’s a national trend that looks good.”