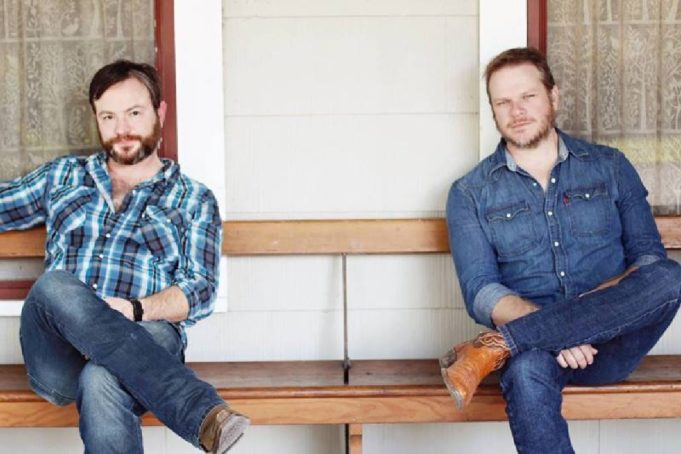 1) Fans of Red Dirt country and songwriters influenced by similar music need to be at Shipping and Receiving tonight to see Adam Hood and Jason Eady, two of that particular genre’s most eminent artists. Besides Hood’s and Eady’s sets, local support comes from roots-rockers Chucho and Americana-leaning Wayne Floyd. Here’s a video for Adam Hood’s “Way Too Long.” For some reason, this video’s ad was a Walmart commercial in Spanish.

2) Tonight’s free show at Fred’s (starts at 8, so don’t be late) is real-deal, grown-up R&B from Dallas’ long-running gospel group The Relatives, soul man Bobby Patterson, and gospel legend Wanda Davis, with between-set DJ sets by DJ George Rodriguez and DJ Gabrial Mendoza. If you miss when Old Skool 94.5 was all about the original songs sampled in the old skool rap and hip hop jams they play now, this show is for sure for you. Dig this Relatives performance from 1974 (!)

3) If 1912 Club shows strike you as a little too punk rock for your tastes (lol, really???), Saturday night’s show is considerably more accessible. There’s goofy rock ’n roll from headliners Oil Boom, the eulogy-for-dying-malls-pop of Son of Stan, The Cush’s sunbaked psychedelia, and Waco’s Loafers adding a healthy dose of reverby backbeat punk. This Sara Mosier-produced Oil Boom video is kind of weird:

4) “Are you a replicant?” That’s the central question posed in Ridley Scott’s Blade Runner, the 1982 adaptation of Phillip K. Dick’s novel Do Androids Dream of Electric Sheep. I shouldn’t have to explain that, probably, but it’s old enough to be in a new age demographic now, and it’s not the one that advertisers gravitate to so fervently. Am I a replicant? Would I even know if I was? Would anyone? I’ll tell you this much, though: given how much of Phillip K. Dick’s voluminous, drug-addled output deals with the nature of reality, and given that the 2016 US Presidential Election is more surreal than anyone could ever imagine, Blade Runner is probably more relevant now than it was when it was new in theaters. Texas Theater in Dallas is screening the film’s “Final Cut” edition on Saturday, with a performance from Mountain of Smoke (who has a bunch of songs about Blade Runner, in fact)  and one from Duell, with probably-not-a-replicant-but-you-never-know George Quartz DJing in between. Here’s the trailer for the film’s original release:

5) I probably don’t need to tell you anything about Townes Van Zant other than that the late country music genius is massively influential on pretty much anyone who has made music with even the barest amount of “twang” in it. As such, a parade of those types of songwriters will pay him tribute on Monday night at the Grotto. If you’re into Townes, Monday night’s Hometownes Fest at the Grotto is right up your alley, featuring all of these folks: Vincent Neil Emerson, Rob Redwine Bruce Payne, Kavin Allenson, Buddy Lane, James Nored, Carey Wolff, Stefan Prigmore, Keegan Mcinroe, Jacob Furr, Jim Hundley, Michael H. Price, Alexander Sin, Joe Savage, Steve Nichols, Sunshine Emery, Michael Kelley, Barbara Taylor, Jeff Gibbons, Rodney Moore, Betsy Cummings, Randal Clark, Mike Kelly, Matthew Broyles, and more. This is a documentary about the man, should you need to familiarize yourself with one of the greats of American music.