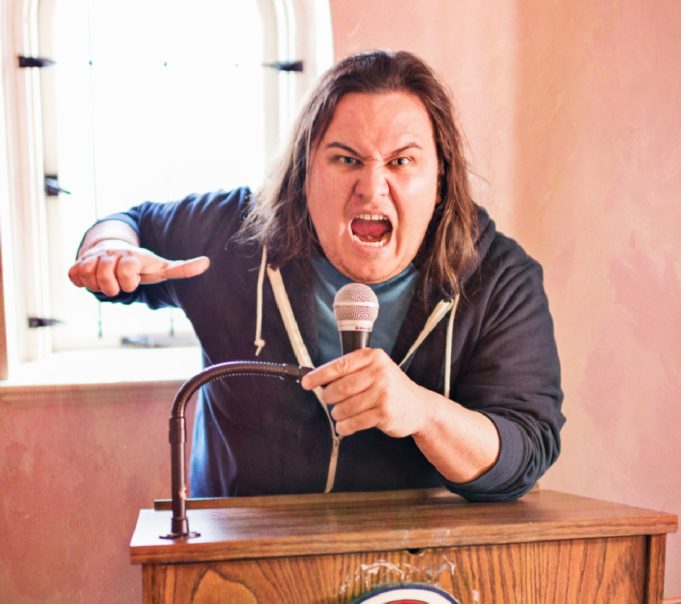 It’s always cool to see a local guy make it big, and Fort Worth-born comedian Shane Torres is on the verge. The 34-year-old, who now lives in New York City, chatted with the Weekly on the eve of his national television debut. You can catch his act on Conan tonight at 10 p.m. How did you get into comedy? How long have you been doing it?

I really always wanted to do it, but there was no place that I could see doing it when I was in Fort Worth. I didn’t know how to get started. Then I was walking around in the Hawthorne neighborhood in Portland ajd saw a sign for a live local show of comedy. I went in and just asked the host how you get started. I have been doing about eight and a half years.

How would you describe your comedy style?

I am not sure how I would describe my style. I think maybe personal might be a way to describe it. I think I am getting better at it, but still feel like I am learning a lot. What are some of your bigger accomplishments in the comedy world?

This [Conan] is certainly the biggest opportunity I have had in comedy so far. Some others would be doing the Montreal festival Just For Laughs. One of my best friends in life and comedy Ian Karmel and I got it in the same year. How did you land the Conan gig?

The booker saw me a few times at different festivals, and we developed a nice relationship. We just kept emailing back and forth and worked on the set ‘till we got it to a place where we both felt good about it. What else do you do with your funny? Podcast? Youtube? Writing?

I have a radio show/podcast that I will start up again here soon. It’s called “Help Wanted,” and it is an interview show where I talk to comedians and other kinds of creative people about the shitty day jobs they have had to work, or still work, to get to make a career out of their passion. I have also acted on stuff in a few different things (Comedy Bang Bang and Youtube videos). I am also working on a pilot for my own idea and some web series I have been working on as well.