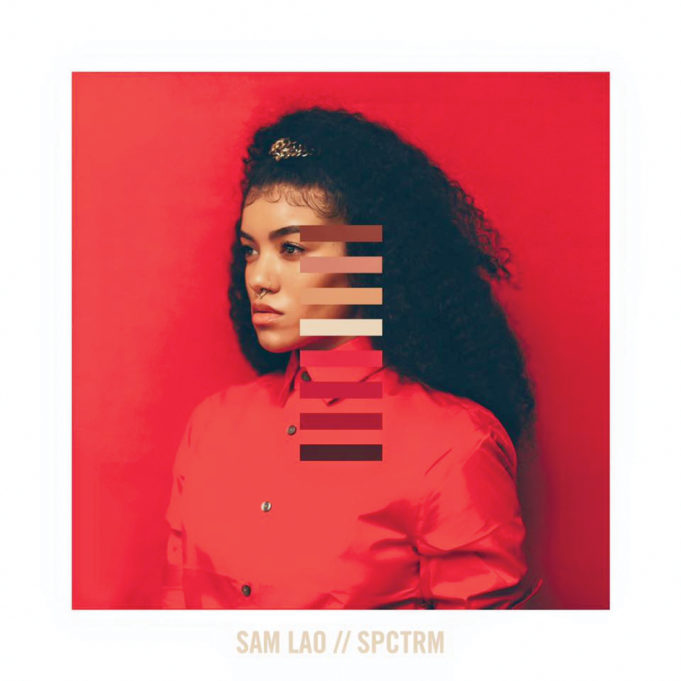 The Live Oak Music Hall & Lounge is an acoustically and aesthetically pleasing joint to go listen to traveling singer-songwriters as they pass through town. And now it’s a welcome place to record compilation albums. The medium-sized room boasts an excellent soundman (Joshua Ryan Jones) and house P.A. system. The sound quality is one reason this debut album of live performances works as well as it does. The vocals, guitars, and various instruments all sound crisp and clear with tons of tone. You get the feeling that if an artist had a slight nose whistle going on during a song, it would be picked up on record.

The Live Oak draws crowds eager to listen to music rather than to just get drunk and yell-talk with besties. That attentiveness brings out the best in performers. Some enlightened person came up with the idea of creating an album featuring one song each from 13 artists. Kudos to Jones for mixing the performances and to Russell Jack for mastering the recording. Making all these songs sound like they belong together even though each was recorded by a different person on a different evening must not have been an easy job. The “Vol. 1” in the title implies that more albums will follow, and that’s good. Texas likes to brag about its large stable of quality singer-songwriters, and most of these artists are Lone Star-based. Old favorites such as Max Stalling, Bob Livingston, and Jason Eady are combined with up-and-comers like Matt Hillyer, Ginny Mac, Jacob Furr, and Bobby Duncan.

The album’s premise might prompt some listeners to compare the artists. If this album were some sort of Hunger Games competition –– and it most certainly is not! –– one artist in particular would walk out of the arena at game’s end. But more on that later.

As I listened to the songs, I was surprised by who stole my heart and who left me wanting. The album’s biggest flaw might be the song sequence: The weakest tracks come first. On the opener, “But a Dream,” Susan Gibson tells a funny story while playing a cool riff on her guitar, but the song never really goes anywhere. The strong-voiced Nicholas Altobelli follows with “Dogwood,” but he’s undone by lifeless lyrics stacked on top of 1950s teen-pop chord progressions. Stalling is a talented pro with a bunch of good songs. “I Ain’t Drinking Alone” isn’t bad, but it is hokey overall. So, we’re three songs into this collection, and nobody’s even hit a double yet, much less a homer.

The album starts coming to life with Matthew Gray’s “My Science Fiction Daydream.” Gray doesn’t get overly ambitious musically (lots of guitar strumming in G) but he dishes up some strange lyrics. (They’re based on a dream, so I guess it makes sense.) Gray’s passionate vocals and bizarre thoughts make this effort a winner. Matt Hillyer’s “Try Not to Take It so Hard” and Keegan McInroe’s “I Got Trouble” keep the momentum going. McInroe’s finger-plucked, gravel-bottomed guitar groove is especially impressive. Jason Eady’s offering, while well performed and nice to hear, is completely confusing. Eady, an excellent songwriter, plays a cover of “Homecoming ’63.” I love the old classic made famous by Keith Whitley 30 years ago. And Eady does a great job, but it’s the only cover song here and feels out of place.

Jacob Furr’s “Estacado” gives listeners a glimpse of the hell he lived after his wife died and, musically, kind of channels Richie Havens circa Woodstock.

Ginny Mac pulls off a smart and funky rendition of “What’s His Name” despite having only her accordion as accompaniment (not easy to do). On “Jackson,” Drew Kennedy shows off strong pipes and a polished writing sensibility that sounds suitable for commercial radio.

And then, No. 11 in your liner notes –– and No. 1 in my heart. Roll out a red carpet for Courtney Patton and “So This Is Life.” Her offering on relationships, self-identity, fate, and extricating yourself from unanticipated messes is a masterwork and worth the price of this album alone. Her voice is gorgeous, the melody soothing, the chorus hooky, and her lyrics beautifully poetic and philosophical while remaining as real as the oil-stained gravel on a back road.

The last two entries –– “At First Sight” by Bobby Duncan and “On a Dream with You” by Bob Livingston –– round out the venture well. Livingston, an important part of the Cosmic Cowboy scene of the 1970s, especially sounds fine. But, damn, I’m still so moved by Patton’s rapturous tale that it’s hard to stay focused. –– Jeff Prince

Here are a few realizations that might hit you about Sam Lao by the end of SPCTRM: She doesn’t care what you think she is or isn’t supposed to be. She is also a lot of different things. Timid is not one of them, especially when it comes to the unsolicited attention of someone trying to get in her pants. By the sound of things, that situation happens a lot.

Primarily, I’m referring to “Pineapple,” in which Lao schools dudes who are always out plying their game over a swirling keyboard line and a grimy beat, assuring them that to “Pay homage to my temple,” she purrs. “Doesn’t mean you get to come inside / If I bless you with my presence, it’s a present … If your presence is a menace, get the fuck up out my life.”

Yet Lao is more than clever ripostes –– her feel for the beat is practically acrobatic, the kind of verbal limberness you get from mastering spoken word performances –– there is a sultry, soft side to her that’s just as powerful as the deadly serious bravado of album-opening anthem “Reminder (Bitch, I’m Me)” or the ominous “Grenade.” She plays the cool seductress on “Gold Link,” inviting someone to “come on over here and get to know me,” while the socially conscious “If I” puts her heart on display. Since she debuted a couple few years ago with West Pantego, the idea of dichotomies –– playful/fierce, alluring/deadly, hard/soft –– has been central to her music, underscored by the fact that she’s as a good a singer as she is an MC. SPCTRM paints Sam Lao in all the different shades among her various opposite qualities. More than that, it’s probably the most fully-formed artistic statement you’ve heard, local or otherwise, in a long while. –– Steve Steward