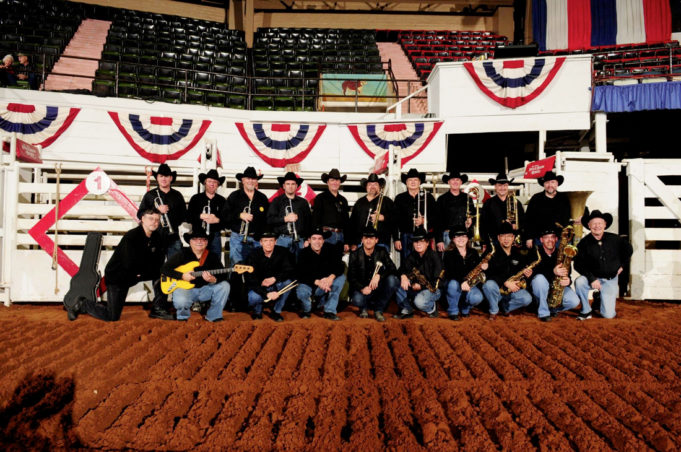 HBO should create a new series about the Fort Worth Stock Show & Rodeo, held at the Will Rogers Memorial Center each January. Imagine The Sopranos meets Deadwood. In fact, just call it The Sopranos II and forget about Deadwood. The mob running the Stock Show these days is more Jersey Mafia than Old West.

A recent hit was carried out on the conductor and 20 musicians who perform jaunty big band music for the grand entry parade and other programs. The Rodeo Band performed at the event for many decades before being fired this month without ceremony. The musicians earned $100 each per performance and played 35 shows.

“What they did say was this was nothing that the band has done wrong, the band has always been great, we’re just going in a different direction,” said conductor Rick Stitzel.

Who needs a bunch of warm bodies blowing on horns and plucking on strings when you can just play prerecorded music on a laptop like they did in the early days of rodeo? (Yes, that is what Fort Worth’s rodeo will do: blast prerecorded music from a laptop.) Stitzel said firing the band to save money and modernize the rodeo is shortsighted.

“Having the live band there made the Fort Worth rodeo unique,” he said. “We were the last [rodeo] band left in the country.”

Fans of the Rodeo Band are livid. Linda Traynham Matthews started a letter-writing campaign on Facebook, encouraging people to contact Stock Show publicity manager Matt Brockman. Matthews penned her own letter to Brockman, registering her “strong disapproval” of the firing: “What disheartens me most is the fact that I have not read one word of thanks for the dedicated members of the current (late) Rodeo Band,” she wrote. “Some have performed with this band for more than 40 years. All of their hearts are broken, along with everyone else’s in Fort Worth. To dismiss these musicians out of hand without one word of gratitude for their long service is shameful.”

Why would anyone expect anything more from the Stock Show bunch that is about as subtle as a mule kick to the groin? Led by Chairman of the Board Ed Bass and Stock Show president and general manager Brad Barnes, the management group is tight-fisted, demanding, and micro-focused on its needs at the exclusion of everyone else. They wanted a 1,100-space, three-story parking garage to handle the extra cars and trucks that hit town for three weeks each January. They came up with an idea that we imagine was called the Screw All the Suckers Plan. Parking had always been free in the Cultural District, an unspoken invitation to come see the museums and attend the frequent gun and antique shows at the city-owned Will Rogers center. But the Stock Show organizers and city leaders decided in 2010 to pay for the rarely used parking garage by charging high parking rates (up to $10) in the many surface lots and even curbside during the other 49 weeks. That decision chased away the city’s oldest flea market, forced a restaurant to move, and angered museum operators. Meanwhile, Bass forged ahead with his plan to build (with $225 million of taxpayer help) a $450 million arena for future rodeo events. Seems like taxpayers keep drawing the short end of the barn straw with this Stock Show Mafia. Badda-bing! Bada-boom.