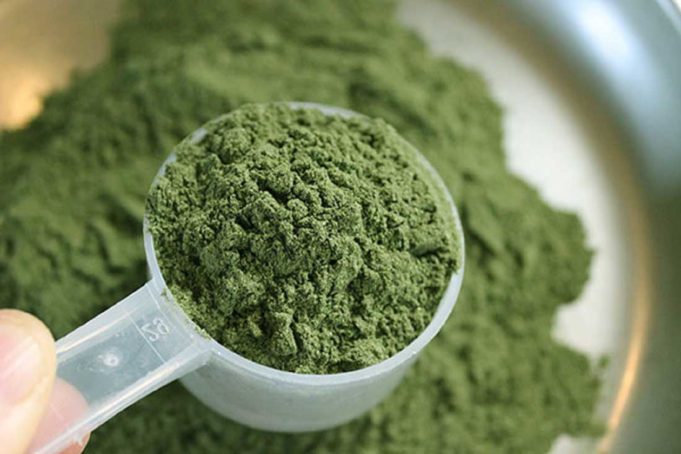 If you thought the U.S. Drug Enforcement Agency was stupid recently for leaving marijuana on the Schedule I list, then you will think the feds are downright delirious for equating kratom with heroin and crack cocaine. And, yeah, well, pot. Beginning September 30, the plant from Southeast Asia that gives people a nice, warm, fuzzy feeling when consumed will be outlawed.

People who appreciate the soothing effects of kratom will now be lawbreakers risking imprisonment if they brew the leaves into an herbal tea for stress or pain relief. The crushed leaves have been used as home remedies for centuries for everything from depression to impotence. The herbal crowd has been keen on kratom for years.

Skeptics consider kratom a designer drug, a form of bath salts, probably because it is sold in head shops. But Arlington native Payam Panbechi is a major manufacturer and marketer of kratom in North Texas. He describes kratom as all natural and nothing like bath salts or designer drugs, more like a botanical cousin of coffee. The 2010 UTA graduate is heralding a national petition drive to convince the DEA to keep from outlawing kratom. Putting kratom on the Schedule I list will create a black market to fill the void, Panbechi said, while stifling competition to the powerful pharmaceutical industry that wants people popping patented pills rather than brewing Asian coffees.

“The whole move to ban is politically motivated and in no way a result of public outcry or a threat to public safety,” Panbechi told us.
Panbechi believes in his product, uses it regularly, and provides it to his mother for her aches and pains as well. He employs 30 people, most with families, who support themselves by extracting, packaging, and distributing kratom.

“The very tenets of free enterprise and commerce are being compromised by this proposed ban,” Panbechi said.

The feds say the plant and its main compounds –– mitragynine and 7-hydroxymitragynine –– will go Schedule I for public safety reasons and without public comment. DEA officials say the change was prompted by about 600 calls to distress centers between 2010 and 2015 complaining of bad reactions to the herb.

Kratom users say 600 calls in five years nationwide is a relatively tiny number, particularly when compared to distress calls related to prescription drugs and designer drugs. Locally, the North Texas Poison Center gets about 100,000 calls each year. Between 2010 and 2013, 14 people called to complain about problems related to consuming kratom compared to about 2,500 who called about K2 or bath salts. And kratom enthusiasts note that no deaths have been attributed solely to kratom consumption. Public approval of the herb is what is driving the resistance to the DEA ruling, Panbechi said.

“You don’t see heroin addicts or crackheads come out and proclaim how great [those drugs are] and how it should be available to everyone, on their Facebook pages,” Panbechi said. “They don’t form or join ‘Make Heroin Legal’ associations or monetarily contribute to a fund for its decriminalization. Kratom has been used for centuries, and now more than ever the reason is clear.”

A website has been established – Speciosa.org/white-house-petition-do-not-ban-kratom-we-need-1000000-signatures/ – to collect signatures on a petition that will be presented to the White House before September 30. More than 100,000 signatures have been collected so far.