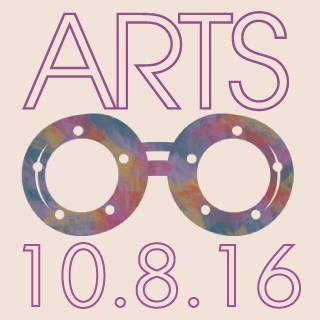 There are one of two ways to take this: that Fort Worth is a lot bigger than many of us might think or – or – that downtown Fort Worth is not as important as we like to think it is, especially as we kick and scream in the shadow of the Big D.

I bring this up because I live in North Fort Worth, and while some of my neighbors (some) have heard of the Fort Worth Weekly, all of them have no ideal about an “Art Goggles?” This is unacceptable. And it’s not like I live near Denton. I’m only a 20-minute drive down 287, a.k.a. Main Street, through the Stockyards from the Cultural District, where the Weekly offices sit. My neighbors might as well be living on another planet, to hear them tell it.

“Where do you and your sons go golfing?” I casually asked the guy living next door a couple years ago.

Where do you guys go fishing?

Do you do anything in Fort Worth?

“I been to Billy Bob’s a couple times.”

The upshot is that since Arts Goggle has grown into a major cultural institution over the past 14 years, maybe the fewer non-Fort Worthy Fort Worthians who know about it, the better. In other words, for Arts Goggle 2016 –– noon-10pm (plus after-parties) Saturday on the Near Southside –– there’ll be free parking at Magnolia Garage (1201 Alston Av) and along Park Place Avenue.

The art is a big draw, naturally. A few hundred painters, sculptors, and mixed-media stylists will be selling their stuff. But now that our annual Music Awards Festival includes a cover charge, there really isn’t any other event in town where you can catch so much top-tier underground music at a reasonable hour, all for the price of free.

Some important bands are pulling double-duty. ’60s-pop punks War Party are playing at 2:10pm at the Chat Room and at midnight at the Boiled Owl, right after the Vandoliers, who are also performing at 9pm at SiNaCa Studios/Chimera Brewing Company.

The 8th Avenue stage has some gems, especially Movie the Band (noon), The Hendersons (3pm), and at 8pm –– hold on to your kishkas –– The Deathray Davies, a Dallas indie-rock band from way back in the day.

Other bands to get worked up about include: Telegraph Canyon at the Chat at 9:10pm, right before an after-party with Goodwin and The Unlikely Candidates; Heater and Bulls from 9 to 11pm at Stir Crazy Baked Goods (106 E Daggett Av); I Happy Am (noon), Trai Bo (3pm), Cleanup (5pm), and Moonlight Native (8pm) at SiNaCA/Chimera.

I say all this, though I know I’m probably going to end up spending 8pm through 11pm at the Owl for: The Fibs, Huffer, and Tame … Tame and Quiet.

Lastly, a quibble with Near Southside Inc., the organization putting on the party. I’ve seen your online invite, and I’d just like to let you know that in this and every other universe, headliners’ names go first and/or on top. Could you imagine a theater marquee based on order of appearance rather than importance?

Pretty silly-looking, right? (Especially with Griffey on top.) It’s the same for online invites. Seeing the name of a huge band like “War Party” or the “Vandoliers” way at the bottom of a list is totally jarring. Thanks in advance for your cooperation.