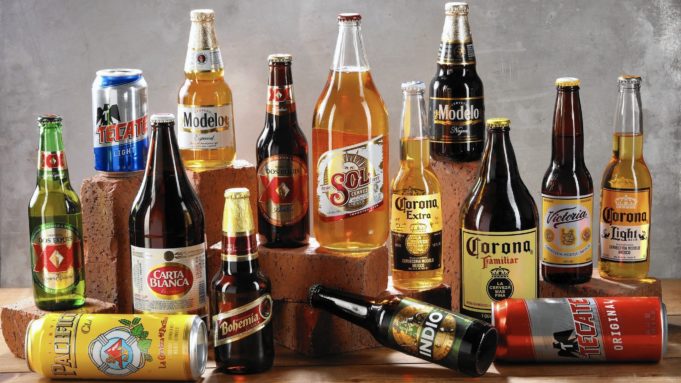 With that popular Mexican holiday fast approaching, I’ve been thinking about what else our two countries share in common. Negra Modelo, Corona, Dos Equis, Budweiser, Coors Light, and countless popular macro beers found here and in Mexico are variants of a German-style beer called lager. If that factoid doesn’t impress you then let me point out that many popular styles of beer aren’t lagers. Barleywines, pale ales, porters, stouts, sours, wild ales, hefeweizens, and basically any other common style you can think of are classified as ales.

So how did North America and our southern neighbor become awash in lagers? The answer is history, of course. Two years ago, I spoke with local historian and author Brian Brown, founder of the beer event compendium blog BeerInBigD and co-author (along with Paul Hightower) of North Texas Beer, a Full-Bodied History of Brewing in Dallas, Fort Worth, and Beyond to find out why lagers reign supreme among beers.

“The founders of [breweries like Anheuser and Busch] were part of the big German immigration of the 1840s and 1850s,” Brown said. “Many of them settled in St. Louis and Milwaukee specifically, and they brought with them recipes from the old country.”

Those recipes, he continued, largely centered on lagers. Americans weren’t used to the consistent quality and meticulous brewing habits of those early immigrants. As refrigeration technology and railroads expanded, the German suds began being sold across the United States. Fast forward to the 20th century and we see these same breweries use their market share to influence distribution and advertising. The whole story, of course, is more complicated than that.

Suffice to say, though, when you squeeze that lemon or lime into your frosty cerveza this Friday, you can thank the efforts of German immigrants nearly two centuries ago for that clean, consistent brew. Someone just might be having the same enlightened thought south of the border. Salud!

Last year’s inaugural El Fuerte, the Fort Worth Taco Festival, sold out in record time, as 1,500 taco-crazed locals gorged great food and beer during the daylong celebration. This year’s celebration of Cinco De Mayo at The Shack at Panther Island Pavilion promises to be even bigger and better. May 6, 12-7pm.

Flying Saucer Fort Worth is your headquarters for Cinco De Mayo celebrations! We will offer complimentary chips and salsa, and we’ll serve quesadillas as our daily special. We will also be serving Ska Mexican Lager and Full Sail Cerveza As the Fire Sales.

Join Varsity Tavern this Friday for the best Cinco De Mayo party around. The drinks will be flowing from their Margarita bar, and they’ll be serving up Latin grub. Plus, you’ll have a shot to win cash with their MONEY pinata. And there’s plenty of tequila to go around.

From Martin House: Sour Fest 2017 is a celebration of all beers sour, Martin House style. This beautiful day will also be the official launch of the newest addition to our year-round beers: True Love, a raspberry sour. Festivities will include a 5K run at 9am, live music, food trucks, vendors, lots of beers, and three shotgun weddings. General admission tickets (10am) are $15 and include four beers.