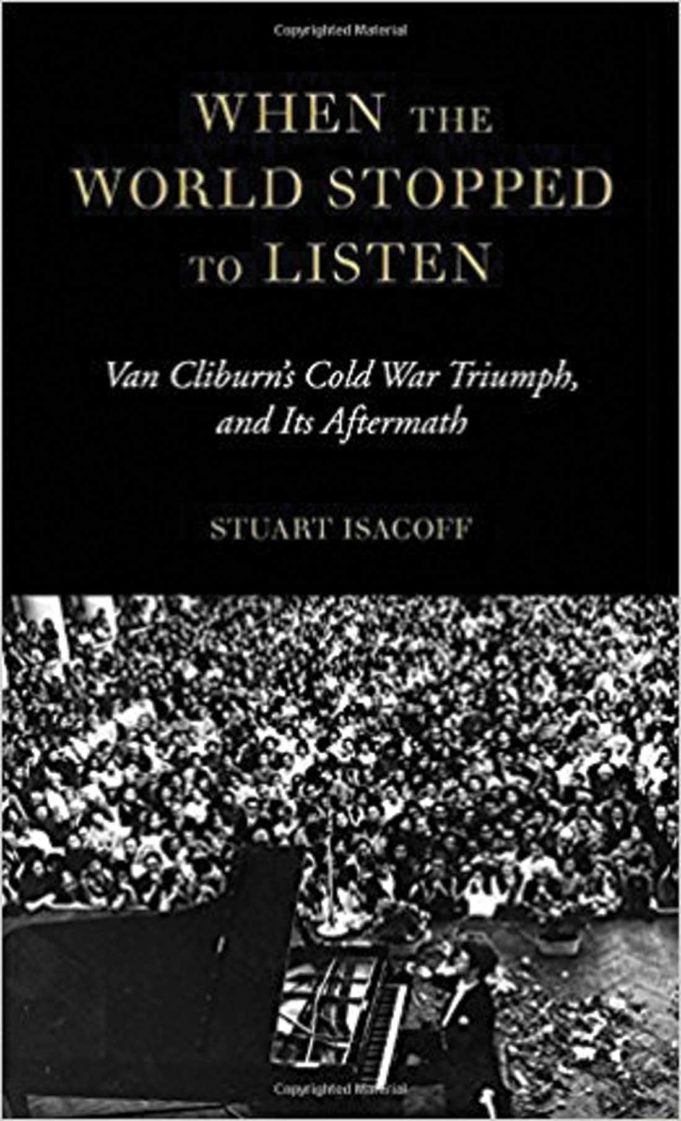 In the coming months, Fort Worth will once again be the darling of the classical music world as the Van Cliburn International Piano Competition commences. Much of the competition’s continuing success owes to the legacy of Van Cliburn, whose celebrity and triumphs on the world stage were matched only by his technical prowess and sonorous performances on the piano.

When the World Stopped to Listen: Van Cliburn’s Cold War Triumph and Its Aftermath is the most recent book to attempt to capture the almost mythical life of the pianist who called Fort Worth home. While it serves as a decent overview of Van Cliburn’s life, Stuart Isacoff’s book moves too quickly at times, relies on caricatures, and some of the writing is downright hokey.

The story begins, naturally enough, in Moscow. The year is 1958, and a charming, lanky Texan is winning over Moskovites with his brilliant performances at the first Tchaikovsky International Piano Competition. Isacoff peppers his pages with enough historical tidbits (namely, other competitors’ names and broader political references) to satisfy most history buffs, but the author’s real interest is the underlying drama.

“Below the surface, a more complex dynamic was at play,” he writes early on. “Raised in the genteel hothouse of an East Texas culture where people are taught to keep their inner demons well buried, Cliburn was less simple than he seemed.”

But Isacoff lowers the literary bar with corny lines like, “His Southern charm was as thick as gravy on fresh biscuits as he greeted his new fans.”

The occasional awkward line aside, When the World Stopped to Listen does a commendable enough job of distilling Van Cliburn’s life while describing the broader impact the young Texan had on global politics. The author’s ability to succinctly grasp and describe now-iconic musicians impressed me at times. In portraying the reclusive Canadian pianist Glenn Gould, famous for re-envisioning works by Bach, Isacoff writes, “Gould’s playing caused you to hold your breath. … Cliburn’s made you sigh.”

In another chapter, readers get a glimpse of Van Cliburn’s personal life, one that in his mid- to late-20s included singing popular standards in the company of close friends, spontaneous joy rides across town, and board games.

The Cold War serves as a menacing backdrop to these moments. The pianist’s love affair with Russian culture often caused his family and promoters to worry that his patriotism might be brought into question. That Van Cliburn never gave into these anxieties is part of the legacy he left as an ambassador for peace for both the United States and the Soviet Union.

Fort Worthians may find the last chapters the most engaging. I was surprised to learn Van Cliburn purchased Kay Kimbell’s former Westover Hills home in 1985, for example.

Last year, author Nigel Cliff released a brilliant, and stronger, Van Cliburn reminiscence that gave near equal weight to the Russian side of the story. Moscow Nights may be a better read, but this fussy critic is still glad to see a new book and a fresh perspective on the life of one of Fort Worth’s most beloved heroes.