The tournaments are over, the prizes awarded, and the dealers are packing up. However, back in the RPG room, a game of Dungeons and Dragons continues. The game holds almost a dozen people, two tables pressed together to accommodate them all. Their characters are locked in battle, a half-orc warrior deciding her next move. They’ve been playing for three days straight since Texicon — the local convention of board, miniatures, and role-playing games — opened. Only a handful of them knew one another beforehand. They simply walked into the large meeting room set up for RPGs, saw the “Players Wanted” sign, and started. This is an extreme example but not an uncommon sight. In fact, it’s the entire point of Texicon: to bring people together through gaming.

Texicon spread its three game types across the Hurst Conference Center’s ballroom and eight other rooms and areas. Countless card tables held stacks of character sheets and rulebooks for RPGs like Pathfinder; dice, cards, and boards for games like Settlers of Catan; and painted figurines battling among custom-made small buildings and alien terrain for miniature wargames like Warmachine. Hundreds of gamers swarmed the rooms, rolling dice, measuring shots, and getting into character. But that can be found at any game convention. It’s the intimate atmosphere and personability of Texicon and its staff that set it apart. All the staffers are volunteer players, and even in a con based on competitive gaming, harsh words and arguments are a rarity.

That’s thanks to the passion of its founders, twin brothers Karl and Kevin Pajak. They started Texicon in 2009 when they felt North Texas needed a gaming-focused convention determined to build a community. Electronic gaming, Karl said, “has a serious problem with people not being able to create communities. Gaming creates that.”

With a smaller venue than the one that holds about 60,000 every year at Gen Con in Indianapolis, Texicon allows for a stronger sense of gamer community. “I like the con,” said volunteer Mark Mahan. “Not large, it’s more intimate.” He must like it, considering he brought along a personal library of more than 100 board games for congoers to try.

It’s the kind of camaraderie that goes beyond game types and even conference hall hours. Kirk Gonzalez of Irving had never played much beyond poker when his DnD-playing boss and coworkers brought him here. “Every game, all weekend, has been new,” he said. But come Saturday night, he had played Midway 1942, a board game based on the naval battle, for “over five hours Saturday night. We played until midnight, and they told us to leave.”

He wasn’t the only gamer trying something new. Longtime congoers, such as Tommie McClellan of the U.S.S. Joshua, a Star Trek fan organization, had first gaming experiences. “I played my very first game, a Doctor Who miniatures game, as the Gray Dalek,” he said.
I was told, ‘Hold the line!’ and I did, down to my last tank Dalek!”

McClellan and the crew of the Joshua were also there to raise money for the Tarrant Area Food Bank.

Experiences like that are just what the staff aims for. “Those are exactly the kind of people we want,” said Brian Neff, who holds the title of Role Playing Magnate. “We want them to try new things and feel they’re in a good place. If not, we don’t get to run the con.”

Neff also served as Dungeon Master at one of Texicon’s major events, a game of first edition Dungeons and Dragons run by a marionette of co-creator Gary Gygax (manipulated by puppeteer Brian Hamilton). Many of the people on hand knew Gygax, who died in 2008. Hamilton “was great,” Karl said, “and it felt like talking to Gary.”

The Pajaks’ passion doesn’t stop with them just setting up the con. All throughout, they could be seen playing in the board game room or joining in on a quest in DnD. Their passion really showed itself with their Game Wagon, a Radio Flyer packed with games.

“We load it up with game stuff, give it away, people get all excited,” Karl said.

And sure enough, come Sunday, the Pajaks could be heard ringing a bell and strolling down the halls, passing out board games from a little red wagon. But like many things at Texicon, it serves a dual purpose. “In the past,” Kevin said, “we found game stores that had tried something new, it didn’t work, and were overloaded with product that wasn’t selling. So we buy it at their cost. They’re not overburdened and can use capital for something else. We’ve kept a couple game stores in business.”

It’s an ouroboros-ian cycle of getting people into gaming, keeping companies and stores in business, and furthering the community. It’s small, but Texicon is the kind of event where the seeds of not just passion for games, but passion for fellow gamers, is planted.l 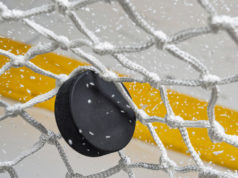