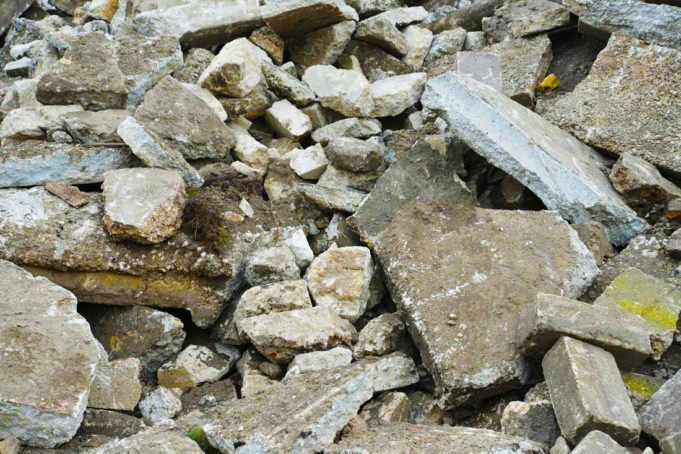 Eastside residents have developed something of a complex. They see ulterior motives, sneak plays, and hidden agendas behind every bush and under every rock. Decades of getting dumped on – landfills, homeless people, a natural gas compressor station, floodwater retention ponds, and on and on – can do that. In 2016, many on that side of town objected loudly after Wallace Hall Jr. announced plans to build a concrete recycling plant not far from the massive gas wastewater injection well near East 1st Street, Oakland Boulevard, and I-30 (“Planting their Feet,” June 8, 2016).

Angry residents created a petition and relied on grassroots politicking to attack Hall’s plans. City officials listened to their concerns and expressed similar worries. The recycling plant would bust up concrete and spew dust and potential carcinogens into the air while attracting heavy trucks to maneuver through neighborhood streets. Back then, Hall sought a zoning change for the proposed site but dropped the request after the backlash from residents.

Still, many of those residents doubted they had heard the last of Hall.

Now, they are viewing with suspicion the developer’s recent permit request from the Texas Commission on Environmental Quality. Hall is seeking an air quality standard permit for rock and concrete crushers, something he would have needed eventually if the city had rezoned. So why is he still asking for one if the city said hell to the no on rezoning?

Part of seeking a state air permit requires public input. Earlier this month, residents met in a public hearing with Texas Rep. Nicole Collier, a Democrat from Fort Worth, and members of TCEQ to discuss the proposed facility. One of their main concerns: Will Fort Worth still be able to deny Hall’s plans even if he is able to secure a TCEQ permit?

That question still remains. The answer given at the hearing was as clear as a concrete windowpane. Leave it to a bunch of state bureaucrats to host a public meeting and fail to clearly answer the main question on everyone’s minds.

“If the permit is approved, can the Fort Worth City Council still deny the zoning change request?” asked Paul Kerpoe, a project manager at Eastside Blossoms Project, a local nonprofit group that plants trees.

Kerpoe continued. Can the TCEQ or another state agency overrule a decision made by the Fort Worth City council?

“The TCEQ in the context of the air permitting question does not have anything to do with zoning,” TCEQ staff attorney Amy Brown said.

That’s not the same thing as saying, “No.” Kerpoe and other residents were hoping for the short answer. Instead, they got bureaucrat-ese that set off the little alarms that go off in Eastsiders’ heads whenever city or state officials get involved in neighborhood affairs. Vague answers start to sound like creative lies after a while. And asking for a state permit after being denied a zoning change on the city level seems like your 4-year-old nephew asking you for a cookie after his mom already denied him.

State officials have been impinging on local control in recent years. Remember when Denton passed a local ordinance regulating gas drilling inside its city limits and our Republican-dominated state lawmakers responded in 2015 by passing the so-called “Denton Fracking Bill” that pre-empted local decision making? That tree that fell on Abbott years ago and put him in a wheelchair must have also given him clairvoyance. Abbott believes he can see, define, and fix our local problems much easier than all of our city employees and elected officials combined. That is why he is signing a flurry of bills into law that limit local control over issues such as texting while driving and other “patchwork quilt” regulations. One man’s ugly patchwork quilt is another person’s coat of many colors. Maybe a tiny farm town in East Texas doesn’t need or want the exact same rules about texting, Uber vehicles, or gas drilling as a big city like Fort Worth or an oil town way out West. If that’s how you feel, then Abbott thinks you’re full of shit, which might explain his fascination with bathroom bills.

Eastsiders are also wondering how air and water will be affected by the dust and debris, worrying about noise and light pollution, and wanting to know how to squelch Hall’s planned development once and for all.

TCEQ officials will consider the various comments made during the public hearing while determining whether Hall receives a permit. Collier noted that Fort Worth officials, including City Councilmember Cary Moon, whose district includes the proposed concrete plant, want the final say on whether rezoning will make way for a concrete plant. And Moon has already told his fellow city councilmembers that “we don’t want this,” Collier said.

“The good news from this is that we know that there is still local control,” she said.