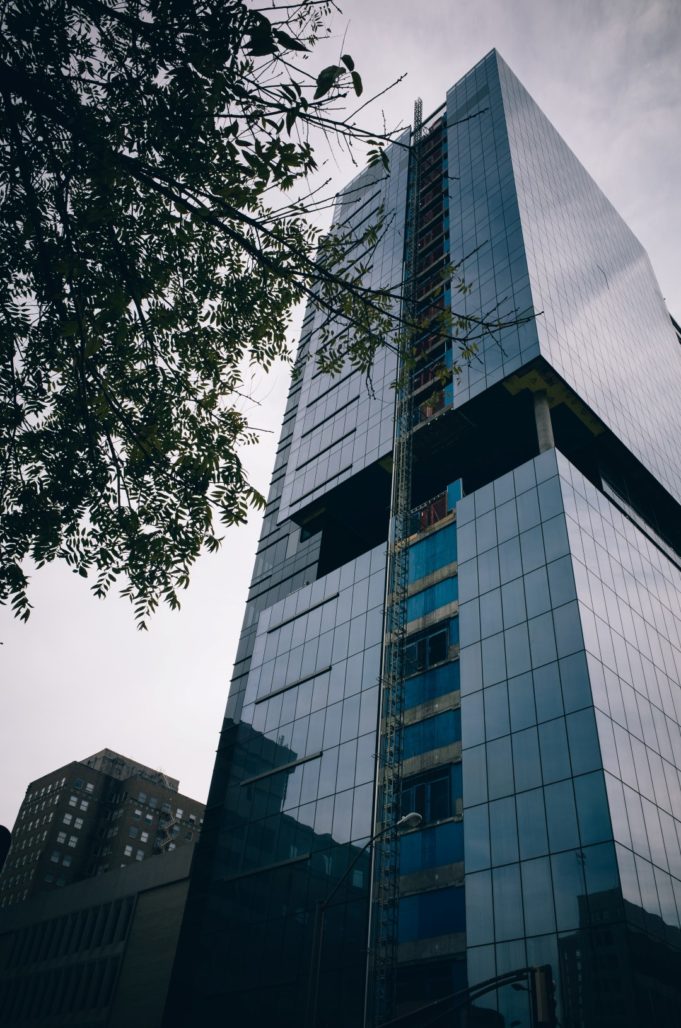 It feels like ages since we had a new skyscraper in downtown Fort Worth to talk about. With 2017 being the garbage year full of nightmares and suffering that it was, we must take our small pleasures where we can find them, and a new noteworthy tower going up is one of them.

I am, of course, referring to the Frost Tower, which has been steadily rising from its construction site on the block bounded by 5th, 6th, Lamar, and Taylor Streets. In the interest of letting the building become a little more fully realized, I haven’t taken much of a look at it so far, but with it now being topped out and approaching a somewhat finished appearance, I figured now was as good a time as any.

Rising 25 stories to a height of 368 feet, Frost Tower becomes Fort Worth’s seventh tallest building. It’s clad primarily in bluish glass, with some metal panels and louvers mixed in here and there for good measure. It’s not the sort of building that screams at you for your attention, which I appreciate. It’s a very solid, high quality, and quite contemporary glass building of the kind we don’t really have enough of in Fort Worth. I particularly like the notch in the façade at the sky lobby level, which breaks up the glass and softens the building’s presence, as well as adding some outdoor space, which will no doubt have some nice views of the city around it.

What’s even better from a pedestrian perspective is that Frost Tower is a modern building that understands that skyscrapers need to be a functioning part of the streets around them. This is unlike virtually all of Fort Worth’s biggest towers from the ’80s, which, in typical-of-the-era fashion, were indifferent at best and openly hostile at worst to the street life around them. Frost Tower incorporates 7,000 square feet of ground-floor retail space, which should bring some much-needed life to a part of downtown that has been very dreary and dead for a long time now.

That retail space forms the foundation of a building that adds 230,000 square feet of office space to downtown’s commercial stock. There are even a handful of residential units in the top two floors. The building also includes a large parking garage, but the design looks to do an excellent job of keeping the parking structure disguised and integrated into the overall look and feel of the building.

Frost Tower takes its name from one of its primary tenants, Frost Bank, while Jetta Operating Company also takes a major spot. The building’s design comes from Fort Worth’s own Bennett Benner Partners architecture firm, which always seems to have a good, progressive urbanist thinker’s grasp on how buildings should behave within the context of their surroundings.

The building also fills a hole in the Fort Worth skyline that’s been vacant since the demolition of the old Landmark Tower a few blocks away. It’s not quite as tall as our big six towers (those being Burnett Plaza, 777 Main, the Bass towers, the Omni Hotel, and The Tower), but it’s noticeably taller than all the historic skyscraper stock, so it helps to fill out the difference between the two eras of downtown development.

Frost Tower has topped out, and I’m hearing that some tenants will be open early next year. It’s going to be interesting to see how the building changes its corner of downtown once it opens. Now let’s hope we don’t wait another eight years for another major tower to appear.