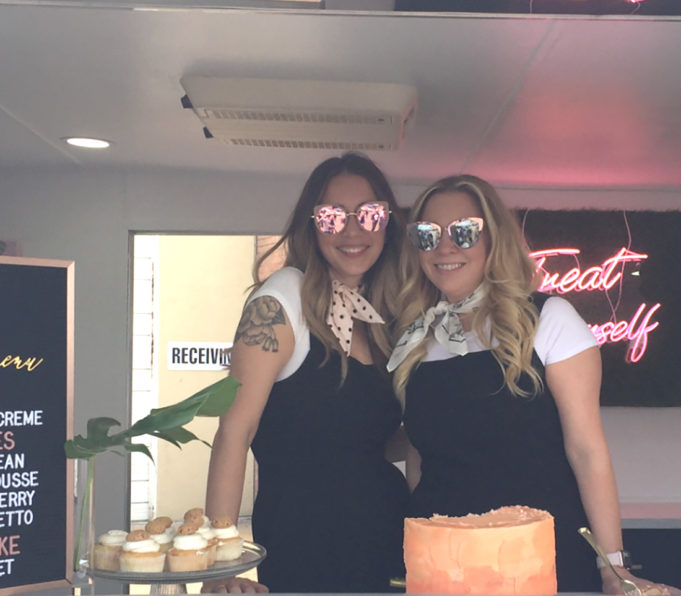 Even before I became a parent, I was aware of the terrible twos. It always made me think of those trashy bumper stickers of cartoon Calvin wearing a devilish grin peeing on some sports team’s logo. Now that I have my own little two-bie, I don’t find this phase particularly terrible, just exhausting. For example …

Over the weekend, I attended the launch party for Sixty6 + Co., a new food truck that serves mostly sweets with a few savory brunch options, cocktails, and other dainty confections. (More on that later.) The refurbished 1966 camper, apparently named Patricia, sat in the parking lot of the Hot Box Biscuit Club’s new home (3230 St Louis Av), among tucked-away warehouses south of West Berry Street, just before I-35 – equidistant to TCU and La Gran Plaza.

Since the party was outside, I thought it might be fun to bring my little dream killer along for some sun and sugar. I forgot that my kiddo’s favorite new game is to pick a cardinal direction and run as fast as he can toward it. That shtick plays up in a fenced-in backyard but not so much in a parking lot that feeds a sort of busy street. There were a few other kids there, and I couldn’t help but notice that they weren’t doing their best Usain Bolt impressions. In fact, they were all pretty well-behaved and relatively calm. They also knew not to run head-on toward a coming car. Not so much for my squid.

As my son was sprinting alongside a razor-wire-topped fence to nothing in particular, another parent tried to reassure me that this was just a phase. I looked up just long enough to give that helpful dad a knowing nod. When I looked down again, my kid was gone. Someone among the throng pointed at the door that led to the Biscuit Club’s dining room. I darted inside just in time to stop him from following some woman into the bathroom.

I was so busy corralling the little one, I barely got a chance to try some of the fare. I’m glad I did. Sixty6 + Co. is the brainchild of chefs Stephanie Greenwood and Amanda Mobley – the latter is the wife of Matt Mobley, one of the cofounders of the Hot Box Biscuit Club. Sixty6 combines two of the hottest culinary fads of the past decade or so: cupcakes (remember that year everyone made cupcakes?) and food trucks (remember when that was new?).

Full disclosure: The cupcake fad of a few years back burned me out on the little treats. Every homemaker and unemployed chef tried to cash in on the craze, and most of their products – at least the ones I tasted – seemed little more than poorly executed Pinterest recipes. Not so for Greenwood/Mobley. Their lemon-blueberry cupcake was just tart enough to balance the sugar, and the blueberry flavor shone; the strawberry cream version was subtly sweet, moist, and gone in three bites; and the chocolate mousse variety was light, with real, almost tobacco-tinged chocolate mixed into the icing.

The Sixty6 ladies look as though they’re gearing their business to serve large parties, with packages that start at $966 to serve 100 people. They also offer tea sandwiches, mini quiches, and everything you would need to pull off a fancy-shmancy tea party.

My 2-year-old, unfortunately for us, couldn’t get enough of the Choco What cupcake, and he could have flown home, powered by his own insulin. He learned that word on Saturday, just so he could ask for more icing. We scraped him off the ceiling around 8pm, and he finally went to bed after crashing from the sugar rush. At least his taste in sweets isn’t so terrible. 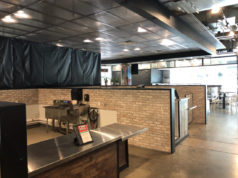