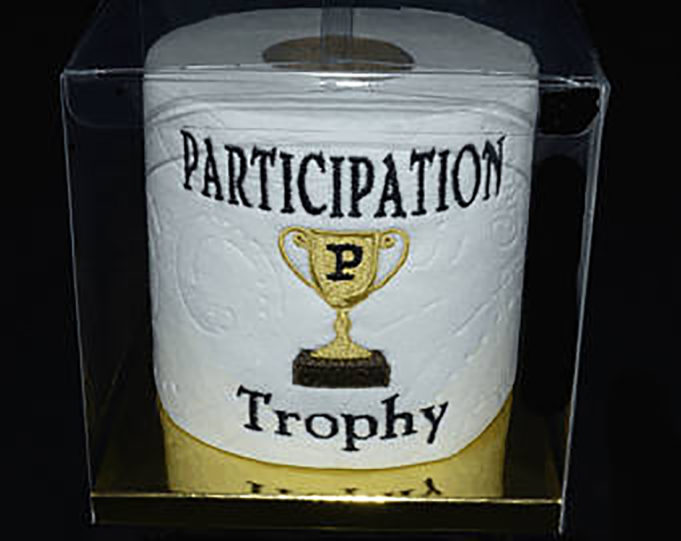 I’ve got something weighing on me, and while I’m loathe to write about it, I need to toss it out to the open air, because the longer it sits in the fetid gloom of my brain, the more it grows with stinky, mildewed rancor, like a pair of soggy, fart-striped boardshorts tossed in the trunk of a Civic for the entirety of a summer. Basically, this spotty, crusty gripe of mine stems from the notion, evidenced by the recent, dismayed communication of at least one local artist I’ve covered, that the principal role of the Fort Worth Weekly is to make local musicians look good – that we shouldn’t say anything negative or snarky or so much as cock an eyebrow, and that if we cannot help those inclinations, we shouldn’t say anything at all.

Well, in the words of my all-time favorite Jim Carrey character, Fire Marshall Bill, let me tell you something: There’s a difference between being the press and being a publicist, and it is not the obligation of this paper, nor any other media outlet, to cast you or your band in any particular light, least of all the shiny gleam of overwhelming positivity for no other reason than that you are a local artist who has released a new album or has a big show coming up.

Every artist, great and not great, is capable of dumping totally turdy albums. Dylan, Zeppelin, Neil Young, and Rick James all have entries in their respective catalogs that don’t measure up to the ones that make the bulk of their greatest hits. And every artist can pull dopey, questionable stunts, and journalists are not obligated to shovel on the praise just because some band went to the trouble of a rebrand. To wit, I enjoy Teenage Sexx’s music, and while I get why they are changing their name, I can’t help but wonder what the other ideas were before they settled upon Upsetting. If the media didn’t look at this shit with variable and objective opinions and simply praised artists for the sake of their choice to be artists, consumers might just blindly go along with the assumption that St. Anger is of the same quality as Kill ’Em All or that Bad Hair Day is even half as good as Even Worse.

But let me put it another way: If I don’t make the occasional joke or critique, would you bother reading all the way to the bottom? Would you take me seriously as a music journalist? I guess I’m assuming that you do that in the first place, but if I’m just farting out 600-750 words of news without any sort of commentary, I’m not a critic. I’m a publicist.

You might disagree, but in my opinion, this paper shies away from covering local bands with too much critical shade. For the most part, everyone is great, and everything is awesome. Especially when it’s a slow week. And seeing as how I write a lot of this stuff, I’m certainly at fault for not rendering my wholly honest opinion. Part of that is because I genuinely don’t enjoy hurting feelings or discouraging artistic pursuits, and the other part is that writin’ ain’t my only job and that I see a lot of these people across a bar top several times a week. I promise you that anything I’ve written is something I would be unashamed to say in person to the relevant faces. But if you ask me, I’ve also been a lot more positive than what my inner monologue might indicate, which brings up this question: Do you, as a community of artists and fans, want the Weekly’s opinions delivered with the gloves off and knives out? Because sometimes the truth hurts.

Finding the balance between promoting and supporting a scene and covering it with a critical eye is tricky. And in the time that I’ve stewed over this, I’ve re-read much of what I’ve written over the years, from raw interview transcript to final copy. I have indeed made mistakes, both in terms of getting facts correct and in leaning hard into either of the poles of personal bias. Sometimes I think I’m hackier than Jason Voorhees. But for the most part, even though I don’t hit the bullseye, I think I land near the center. But also, these stories don’t just pop out of my jaundiced imagination. I have to talk to bands before I can write about them, and some interviews are better than others. If we as music journalists are to improve the quality of our coverage, there are a few things our subjects could do to lend a hand.

For one thing, when you have a new album coming out, or a tour planned, or some other notable development in your career, give us lead-time. Three months out is ideal, but a month is workable. The week before your release party is often not. For another, don’t tell me “just make me sound cool,” because A.) fuck off, B.) we’re not a goddamn PR firm, and C.) if you need to tell me that, maybe what I’m supposed to be writing about isn’t that noteworthy to begin with. Thirdly, if there’s something you tell us that you don’t want to see in print, be sure to let us know it’s off the record. For example, if your music sounds like you like to eat acid and you tell us you like to eat acid, but you don’t want your boss to know you like to eat acid, then notify us before the article gets spat out of the printing press.

And finally, if you find that something we’ve written isn’t as flattering as you hoped it would be or think we made you sound more arrogant or dumber or even deeper than what you think is fair, feel free to tell us to go pound sand. Then, if you still care about what we have to say, write a better song next time, so we can make your news sound as good as it deserves. Because ultimately, we at the Fort Worth Weekly want this scene to be as good as it can be. You want people to listen to your music, and we want people to read about it. Then the trunk of the proverbial compact car that is Fort Worth’s music ecosystem will smell better. Or at least sound better.