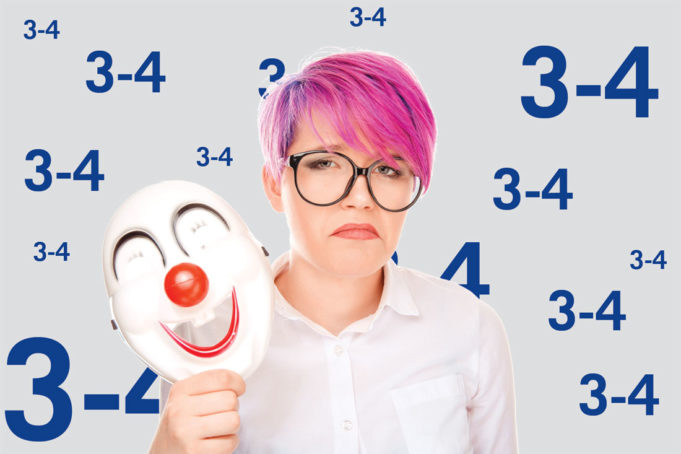 After a bizarre and intoxicating stomping of the trendy preseason Super Bowl pick Jacksonville Jaguars in Week 6, the Cowboys went to Washington on Sunday with a chance to stack their first two wins together since mid-December of last year and — with some help from the hated Eagles, who lost to Carolina earlier in the day — to take sole possession of first place in the NFC East. Instead, they did the most Dallas Cowboys thing imaginable and clanged a game-tying field goal off the left upright in the game’s final seconds, forfeiting a frustratingly winnable game and whizzing away an opportunity to establish themselves as a potential playoff team.

Washington seemed to do everything they could to give the game away. Aside from some inspired running by the ageless Adrian Peterson, the Team in D.C. couldn’t really move the ball against the Cowboys’ increasingly impressive defense. However, the Cowboys were even more determined to lose, with Dak Prescott coughing up a fumble a yard out from the Cowboys’ own end zone which was walked in for a touchdown, and then came Coach Garrett-Bot’s craven game management in the fourth quarter’s final minute. As a result, we trudge into the bye with the added burden of an extra week to brood over the sting of the 20-17 roll-over-and-play-dead loss and to dwell on a team willfully allowing another season to slip away, one in which a dumpster-fire division appears ripe for the taking.

Only a fool would have been suckered by that offensive breakout against Jacksonville, a game in which, despite hanging 40 points on “the league’s best defense,” Dak still managed to throw for less than 200 yards. But the outing hinted at what the team could be capable of consistently if only the coaching staff would get out of the way. In that game, Dak made up for his mediocre passing by doing what he does best: moving. He scrambled for 82 yards and added a TD on the ground. He moved around and outside of the pocket, improvising and making plays out of nothing. The vaunted Jags defense didn’t have an answer for it.

That is when he is best: when he’s essentially playing backyard football, controlling the game with what he’s most comfortable with and naturally gifted at. This was highlighted by Garrett and Linehan’s abhorrent gameplan on Sunday. They again continually tried to shove Ezekiel Elliott up the middle, who ran into eight- and nine-man boxes all afternoon, accounting for just 33 yards on 15 carries, and tried to again make Dak a Troy Aikman pocket-passing clone while Washington’s pass rush continually folded the completely and bewilderingly average offensive line into sack-allowing origami.

It wasn’t until late in the fourth quarter when the team (whether by overdue coaching adjustments or by Dak throwing out the playbook and taking the game into his own hands) finally started using his mobility to their advantage, marching down the field and scoring a touchdown to set up a final drive to win (or tie) the game.

Another close game, and more gutless decision-making by Garrett and Co. that likely cost the game. This aneurysm-inducing trend is enough to make Cowboys fans’ hopes slip like water through their tightly clenched fists. With almost a full minute left, a timeout in hand, and first and 10 on Washington’s side of the 50-yard line, Garrett and his merry band of feckless cowards intentionally burned the bulk of the remaining time, calling a run and two anemic passes in the middle of the field (where a clock stoppage at the sidelines was impossible), preserving the timeout until only three seconds were left in an obvious attempt to try to secure a field goal to send the game to OT instead of making an attempt at finishing the game in victory with a touchdown. Much like he did when he ordered a punt on fourth and 1 in overtime against the Texans in Week 5, Garrett again showed no spine for being aggressive enough to win tightly contested football games.

In so doing, the Cowboys have shattered any delusions that they just needed a little time to let it all come together (or whatever other rah-rah sports-radio apologism Cowboys defenders might try to rationalize with) and have made it known definitively that the team just isn’t postseason-worthy. The choking-hazard news of shipping a first round pick to the Raiders for talented yet inconsistent wide receiver Amari Cooper is unlikely to change this. The ghoul has been caught, and the pesky, meddling kids and their stupid dog have lifted the guise. The spooky monster that had recently seemed so imposing and frightening has been unmasked and exposed as the same weak and fallow ginger-headed fool who was introduced in the first act.

Bill Parcells famously said at one of his classic poignant and riveting press conferences (ah, remember those?) that “you are what your record says you are.” This, kids, is who the Garrett Cowboys are, a middle-of-the-road .500 team at best. It’s who they’ll continue to be forever and ever until finally an Alaska-sized meteor crashes into Earth to release us from our misery, regardless of what outlier bright spots like the Jacksonville game show up to blind us to that truth. 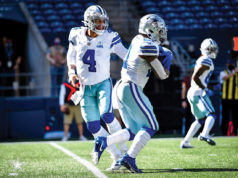