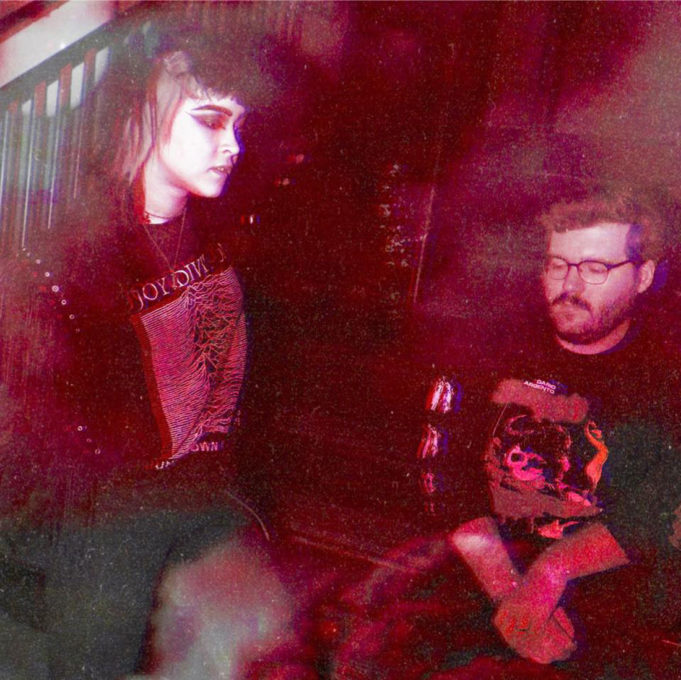 Among the many matter-of-fact statements that accompany the imagery on display in Van Halen’s “Right Now” video, the one that has stuck in my mind for the past 27 years is, “Right now, Mike is thinking about a solo project.” I’ve always been fascinated by that frame, because it’s made me ponder what a Michael Anthony solo project would sound like. I could easily turn this column space into a list of reasons why I think Michael Anthony is one of the most underappreciated sidemen in the history of popular music, but this column is supposed to focus on local bands, and Michael Anthony is, unfortunately, not a participant in the North Texas music scene. Duell bassist Scott White is, however, and like his counterpart in Van Halen, he has not only thought about a solo project, he has begun work on two. On Wednesday, he’s dropping the premier single to one of those new bands, the classic-shoegaze-influenced band Deep Red – the other is a metal band called Self Defeat.

White is collaborating on Deep Red with the frontwoman for Rose Garden Funeral Party, Leah Lane. Drawing inspiration from what he said are “bad breakups,” White started the new project as a means of self-care and self-expression. Prior to Duell, he played guitar in long-defunct instrumental doom band Velia Shrine and a short-lived doom band called House of Voices, as well as in the local Foo Fighters tribute, The Foo – the influence of which, oddly enough, you can hear in Deep Red’s soaring choruses and breezy tempos.

“About a year ago, I kind of laid off drinking and went to therapy and started taking depression medication,” White said. “After that, it got the ball rolling on me working on two separate projects at my house.”

White initially thought Deep Red would be a solo effort, but he and Lane started bouncing ideas off each other and sending riffs and chord progressions back and forth.

“We started talking about shoegaze bands,” White said, going on to describe how, following a Duell performance on a bill that included Sub-Sahara and Rose Garden Funeral Party, he and Lane had a drunken conversation about My Bloody Valentine.

The short of that story is that the “we should start a band together” talk that happens from beer-powered enthusiasm actually turned into music.

“It’s super-badass to work with him, because he’s so driven and our lyrical content is so similar,” Lane said. “Rose Garden is an expression of emotional pain, and so is Deep Red, so the lyrical content comes naturally from both of us, because we’re both empathetic and sad people. As far as our musical influences, they’re very close, so it’s kind of created this seamless, cyclical writing process that I’ve never had with anyone.”

Duetting with Lane over clanging walls of distorted guitars, White wrestles with personal demons as the chord progressions speed ahead like a high-octane car chase. For all their sad boi/sad girl proclamations, Deep Red sounds invigorating and upbeat. At present, the band exists as a polished demo over digital drums, but White and Lane are planning on recording an EP in a studio with a live drummer later this year after Rose Garden Funeral Party returns from its two-month-long West Coast tour. In the meantime, White said he’ll keep fleshing out songs for both Deep Red and Self Defeat.