Alamo Drafthouse execs describe the theater chain’s first Tarrant County location as one of its “neighborhood” locations. Although it’s on busy Davis Boulevard in North Richland Hills, it feels like it’s in at least one neighborhood: As you stand on the patio of the Vetted Well, the Alamo’s bar, you’re practically looking over the back fences of a few North Richland Hills houses. It’s also in the neighborhood of other North Tarrant cities, close to Keller, Southlake, and Colleyville.

One of its neighbors is the Austin-based chain’s CEO for Dallas-Fort Worth, Bill DiGaetano, who lives five minutes away in Colleyville. He has wanted a Tarrant location for a long time.

“This theater was supposed to open six years ago,” DiGaetano said. “The deals take time.”

There are movie grills, and then there’s Alamo, which has developed a cult following with such features as its pre-movie entertainment (instead of showing paid ads, the chain assembles vintage film clips, old commercials, and other ephemera related to the feature presentation); its movie parties at screenings of classic (and occasionally not-so-classic) films; and its strict no-talk, no-text policy.

DiGaetano is aware that part of that cult lives in Fort Worth and that it has been awaiting a Fort Worth location since the first Dallas-area Alamo opened in Richardson in 2013.

“Fort Worth has been a challenge,” DiGaetano said. “We have direct competitors in that market, and they are well-placed in the market, so finding that hole and the perfect scenario for us has been far more difficult than the Dallas County side of things.”

The NRH Alamo is actually a short drive from parts of far North Fort Worth. The eight-screen theater is the largest Drafthouse in North Texas, and it has some things that others don’t. Every Alamo has a theme, and this one’s is Disney, which is clear from the moment you walk in the lobby and see original posters for such Disney classics as the original Parent Trap as well as kitsch such as The Boatniks.

Because the theater is “family-friendly,” it won’t be as strict about the no-talking policy during G- and PG-rated movies, especially with the children in attendance. (Adults will be held to a higher standard.) Through May 2, the theater will have staff training during screenings and will offer a 25-percent discount on food and nonalcoholic beverages. From May 3 through 9, it will offer a 10-percent discount.

The kitchen uses local product when possible. It doesn’t get much more local for Alamo NRH than using roasts from Kindred Coffee, which is in a shopping center across Davis Boulevard. Other vendors include Northlake-based Syracuse Sausage and Duncanville’s La Mexicana Tortilla Co. Along with the regular menu, Alamo often does special menus inspired by its biggest movies. Among the items linked to Avengers: Endgame is a Titan Burger topped with ghost-pepper cheese, which, judging from a sample at the media tour, could make for a fiery endgame of another kind.

The North Richland Hills location will have its grand opening on Thursday, and if you don’t already have your Avengers: Endgame tickets for that night (see: above review), you’re out of luck. According to the website, all of the Thursday screenings are sold out. There will be other days, though, and other movies to see. 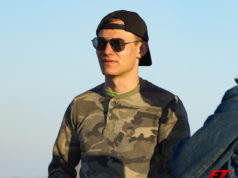 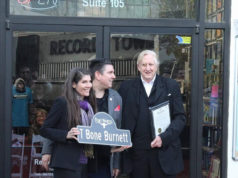 “Music Is Our Greatest Wealth” 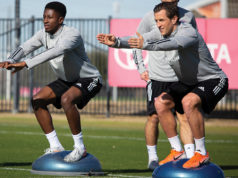