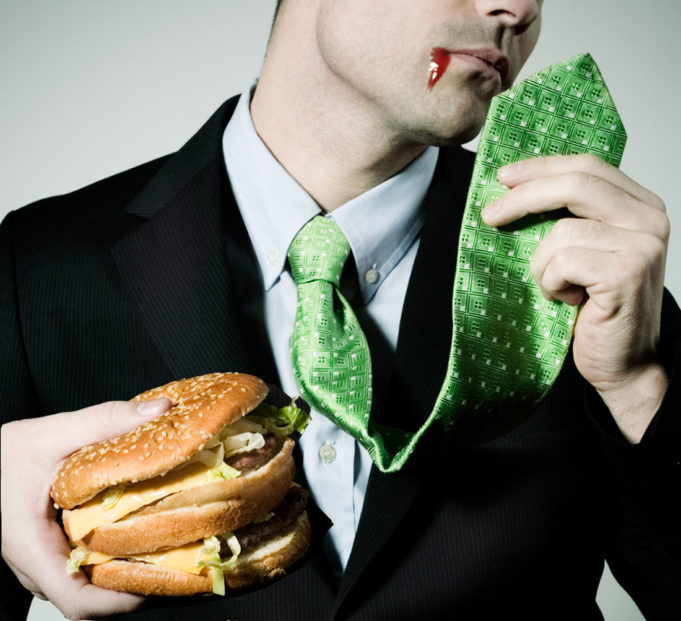 I was sitting in the dining room of Sikhay Thai-Loa Restaurant, Boba Tea, & Pho (3301 NE 28th St, 817-838-6199) enjoying the Eastside standout’s version of pork larb ($11) – a “meat salad,” as the menu describes it, consisting of ground pork, mint, roasted ground rice, green onions, cilantro, and half a head of iceberg lettuce – when I saw a small framed pic on the wall boasting that the popular stripmall eatery was named one of the top 100 restaurants in Texas by democratized review site Yelp!.

I don’t mean to disparage Sikhay, an eatery worthy of praise and right to be proud of any accolades that come its way, but I was immediately irritated by the thought of the place bragging about a fist bump from Yelp!.

Just for a moment, forget that Yelp! is predatory and manipulates search engines based on extorted ad dollars. Try and overlook the fact that the rating site is rife with ballot-stuffing and nonsense reviews written by everyone ranging from disgruntled ex-employees to the manager’s wife and the chain-buffet crowd who have never seen a salad fork. For all of Yelp!’s problematic quirks and business practices, you can’t ignore the fact that it and similar sites (Facebook, Google, Instagram) are way more widely read (“skimmed”?) than, say, the Fort Worth Weekly with its award-winning food coverage.

To my knowledge, we’re the last local print news outlet that writes actual critical reviews. Zest 817 dabbles in criticism, but that magazine comes out only monthly and doesn’t always include a review. The Star-T changed its format from reviews to “First Look” stories, which, as the name suggests, previews recently or soon-to-be-opened restaurants. The articles are more of a guide than a critique.

This is all a clunky, rambling introduction to two pretty simple questions: Why do we do we still write reviews? And does food criticism even matter? To put it another way, what qualifies us to be gatekeepers versus, for example, the 382 Jane and Joe Schlubs whose combined brain power deemed Sikhay worthy of a 4.5-star rating? Here are a few reasons why we risk losing ad sales and friends to deliver our honest two cents.

You can dismiss restaurant criticism as too subjective, but the next time you’re presented with a $60 bill for brisket and a couple of sides, whose opinion are you going to trust? There’s the person who has eaten at dozens of barbecue joints that serve similar fare, spoken with countless pitmasters, read scholarly articles and books on craft barbecue, and (in some cases) spent hours hunched over a smoker trying to perfect their own version of that meat preparation. And then there’s the masses – only some of whom are uniquely qualified to pass judgment. Most are probably just passing time on their phones while having their tires rotated.

Secondly, a review is about so much more than just the food. Context and experience matter. We pride ourselves on storytelling, painting a full picture of the experience of a restaurant. When one of our seasoned writers (Laurie James, Andrew Marton, Shilo Urban, and others) make a claim like “the service was slow,” “the meat was overcooked,” or “the décor was a little slapdash,” you know they’re speaking from experience.

Our loyalty is to the reader, not to a restaurant or even our own business. We’re not a PR firm or promotional tool – though the ad side of our operation probably wishes we were a little more cheerleadery. I’m proud to work for a company that still values fair, honest, and informed criticism.

If a restaurant receives a positive review from us, it’s earned it. We’re the last ones locally who can still say that. Of course, if you’re reading this, you probably already know that. Or you’re just killing time while your having your oil changed.