The NFL season is already in full swing, and the Dallas Cowboys find themselves sitting alone atop the NFC East with a 2-0 record. While it’s not necessarily surprising that the silver and blue would open the season with back-to-back wins — very little was thought of either the New York Giants or the Washington Racial Epithets to begin the year — it’s the manner in which Dallas rode to victory that is the headline.

Those who paid attention during the dark summer months when no football is played heard a great deal of talk about the Cowboys’ defense all through the offseason. There were big expectations for the unit to build on last year’s Top-10 finish. The front office brass had just locked up their “War Daddy” pass rusher (and noted prepubescent Giants fan shunner) Demarcus Lawrence and gave an extension to freakishly athletic linebacker Jaylen Smith. They boasted plenty of depth along the defensive line — so much so that first-round defensive end Taco Charlton wants a trade because he can’t find his way onto the active roster, much less onto the field. They also looked to have a shutdown secondary led by Pro Bowl corner Byron Jones and breakout-candidate safety Xavier Woods. With passionate defensive play-caller Kris Richard and cantankerous drill sergeant Rod Marinelli still at the helm, it appeared the key to any Cowboys success in 2019 just might be their play without the ball.

However, through two games, it’s a red-hot offense that has Cowboys fans and the national media smitten. After last year’s mediocre scoring efforts, it was a huge question how different (if at all) an offense called by first-time coordinator Kellen Moore would be. It’s a small sample size, but the answer appears to be that it couldn’t be more different, considering the actual plays run are largely the same. The 30-year-old OC and former backup to Dak Prescott (whom HOF broadcaster Troy Aikman affectionately referred to as “Pizza Boy” in Week 1) has dressed up those same tired screen passes and Y-options with head-swirling pre-snap motion, deceptive play-action, and clever personnel packages, rendering them unrecognizable, at least for opposing defenses. The results have the Cowboys averaging a shocking 33 points per game! That’s a full 12 points higher than they finished last year.

The Pizza Boy has certainly delivered, and he deserves a great deal of credit but not all of it. The bulk of the praise belongs to one Rayne Dakota Prescott. By the time this goes to print, it’s very likely that Dak could be among the highest-paid players in the NFL. A new deal is “imminent” according to owner Jerry Jones. The former fourth-round pick (135th overall) was one of the “Next Big Three” players that the Cowboys’ front office had hoped to extend this offseason along with running back Ezekiel Elliott and wide receiver Amari Cooper. Elliott’s holdout soap opera likely put negotiations with Prescott’s camp on hold, and it’s much to owner Jerry Jones’ chagrin that the focus on Elliott kept a deal with Prescott from being done. What two weeks ago could have been a deal worth $28-30 million a year is now likely to be closer to $35-40 million. That would have sounded laughable a year ago, but the Goffs and the Wentzes of the world have been resetting the QB market with new deals north of the $30M threshold. Dak, by virtue of being better, deserves to be among them.

Bewilderingly, there is still an absurd contingent of Cowboys fans who are somehow clinging to the idea that he doesn’t deserve that kind of scratch. They are fools. Heading into the 2019 season, Prescott posted a 32-16 record, a career QB rating of 96.2, had two playoff appearances (with one win) in three years, earned two Pro Bowls and a Rookie of the Year award, and currently holds 13 franchise quarterback records and counting. What more do they need?

Adding the two games this year only strengthens his case. So far, he’s already thrown seven touchdowns, nearly a third of his entire production in any of his previous three years. Through the early part of the season, he’s playing at an MVP-caliber level. He’s been unstoppable. He deserves to be considered in the top tier of quarterbacks. It’s no longer debatable. Dak is the guy. If the Cowboys haven’t already, to quote Teddy KGB – John Malkovich’s gangster character from Rounders – “Pay that man his money.” 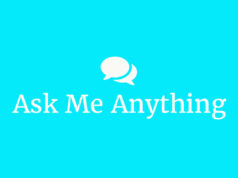 Giving Up with the Joneses