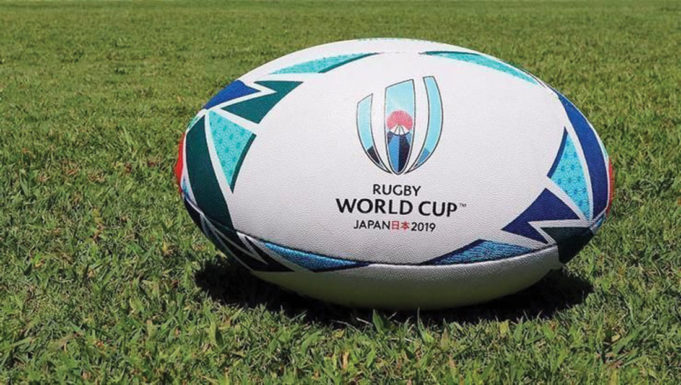 The 20-team Rugby World Cup, which begins Friday, showcases an oval-ball sport whose objective is to reach one end of the field from the other. From here, it parts ways fundamentally with football. The 15-a-side game of two 40-minute halves features flowing play after flowing play as the ball is recycled in possession, without downs or 10-yard increments. Possession can be retained for as long as it takes to fairly process the ball across the try line, similar to the end zone, though players have to ground the ball to score. A try earns five points, with conversion (like a point after) earning two. Penalties — earned by drawing fouls — can be kicked between the posts from anywhere on the field for three points.

Teams consist of eight forwards and seven backs. Forwards are the workhorses of the team, often huge men with great athleticism and stamina who grind the ball forward. No padding, no helmets. They are also central in the scrum and lineout, two in-game set pieces that would take too long to discuss in this space. A great forward is powerful, fearless, and probably looks like a Picasso figure.

Backs are the ball handlers and the deft runners, carving out openings against the opposition spread across the field of play. A great back is fleet of foot, with a sixth sense in game awareness and looks like Johnny Handsome. If you like rippling muscles in skintight shirts and short shorts, rugby is also your game.

Four groups of five teams battle it out against one another. The top two teams in each group advance to the last eight, then knockout games determine who makes the final on November 2. Taking place every four years, this World Cup is hosted by emerging rugby nation Japan. The eastern location is likely to favor two of the powerhouse nations, New Zealand and Australia. European leaders Ireland (a united team from the Republic and Northern Ireland), England, and France typically do not travel well. That said, current champions New Zealand — known as the All Blacks for the color of their uniforms — might not need the benefit of relative proximity. Rugby is religion for New Zealanders. Rugby players are their rock stars and deities combined.

Team USA is grouped with England, France, Argentina, and tiny island nation Tonga. Beware the fast and physical South Pacific islanders, while surely insurmountable obstacles await in England and France. Argentina is a team that combines brutality with the mercurial, another tough task. Realistically, Team USA should be pleased with not picking up the wooden spoon in their group. That is not the American Way, of course. While they might come up empty-handed from the first two matches against the Euro giants, USA can look to end the group phase strongly and work out ways to win their last two. With a fair wind and some unexpected results elsewhere, they could earn a spot in the last eight.

Realistically, it is difficult to see anyone but England and France progressing, to be joined by New Zealand, South Africa, Australia, Wales, and Ireland. The big question is whether homefield advantage can spur hosts Japan to new heights, taking them out of the Ireland group at the expense, most likely, of Scotland. To do so, the Cherry Blossoms –– perhaps not the most fearsome nickname –– will have to best an improving band of Scots, outsiders Russia, and the ever-gritty ball-handling wizards of Samoa.

I am tipping New Zealand to repeat, Japan to find a way out of their group, and Team USA to spring one surprise. Whatever happens, you might just fall in love with this hooligan’s game played by gentlemen. There will be neither flopping nor feigning of injury, but there will be ferocious beauty (or beautiful ferocity) played in an atmosphere of honor and respect for the referees. Have a great time. Thank me later.