A few years ago, I was finishing up my lunch at a Cornish pasty place in downtown Phoenix. I wanted something to end the meal, but eating what felt like five pounds of meat and cheese encrusted in flaky, lardy pastry had left me in no mood for banoffee pie or sticky toffee pudding. I knew exactly what I did want, and I ordered a Founders Rubaeus beer. It was a perfect ending, with the bubbles and the hops scrubbing away all the grease from the meal and the raspberries in the brew giving my palate a refreshing lift. I’m less likely to order a Founders now, given that the Michigan brewery seems to suck as a workplace, but fortunately, North Texas makes its own fruit beers to pick up the slack.

First, we need to define terms. A fruit beer is any beer that is brewed with fruit, so putting a wheel of orange on the rim of a glass of wheat beer does not make it a fruit beer, though it may get you chased down the street by an angry mob of wheat beer purists. (If this happens to you, don’t worry. The beer snobs will start arguing among themselves about whether to call it “hefeweizen” or “witbier” and eventually give up the chase.) We also don’t count straight-up mixtures of beer and fruit juice — known by the British word “shandy” or the German word “radler” — refreshing though they might be on a hot summer day.

No, the fruit must be in the brew. Makers of lambic and other sour styles of beer (other than gose) add fruit as a way of offsetting the sourness with sweet flavors that don’t clash. IPA brewers, on the other hand, occasionally use hops that have citrus flavors, so the addition of actual citrus accentuates those tastes. Still others add fruit to their beer because, well, fruit tastes good.

Wheat beer lovers may object to orange slices, but orange peel has long been a traditional flavoring for the foamy, biscuit-y brew. You can find Revolver Brewing’s Blood & Honey in a great many places, and for good reason, as the golden ale (flavored with blood orange peel and Texas honey) offers up a complex and nicely balanced counterpoint to a wide variety of foods. The Granbury craft brewer also has a Full-Tang IPA that uses tangerine to bring out the citrus notes in the ale.

Division Brewing offers up a Knotty Boyse sour beer that’s made with boysenberries, blueberries, and vanilla. I found myself missing the woodsy roundness of the vanilla to balance out the berry tastes — the bean is tricky to work with because heat can burn off all the qualities that make it special — but even so, this imbibe with a color reminiscent of cherry Kool-Aid proves to be a sour lollipop of goodness. The Arlington brewery also offers a Grafted and Gilded Shiraz, a barrel-aged sour with shiraz grapes that gives you the unique experience of wine notes on top of beer.

Fall always means pumpkin beer, and while I’m as tired as everybody else of the pumpkin spicing of every supermarket product that comes with the season, I will say that it can work quite well in beer when it’s done right. For this peculiarly American style of beer, your best bet in North Texas is probably Lakewood Brewing Company’s Punkel, which smartly avoids using any pumpkin in the brew and instead employs the spices associated with pumpkin pie: cinnamon, allspice, and nutmeg. The spice mix brings out the naturally spicy, earthy qualities of the dark German-style dunkel where it’s used.

A few years ago, Budweiser built an ad campaign around the idea that fruit beer isn’t a drink for manly men. The blowback was fierce enough that the macrobrewer caved and shortly started putting its name on some peach margarita-flavored malt beverages, and yet some people persist in thinking along those lines. The thing is, when you let social pressures keep you away from something that is delicious, you’ve already lost. I still remember how good that glass of raspberry ale tasted in Phoenix those years ago, and it’s why I’ll hold my head high when I raise my next glass of fruit beer in public. 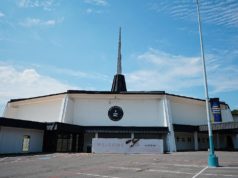