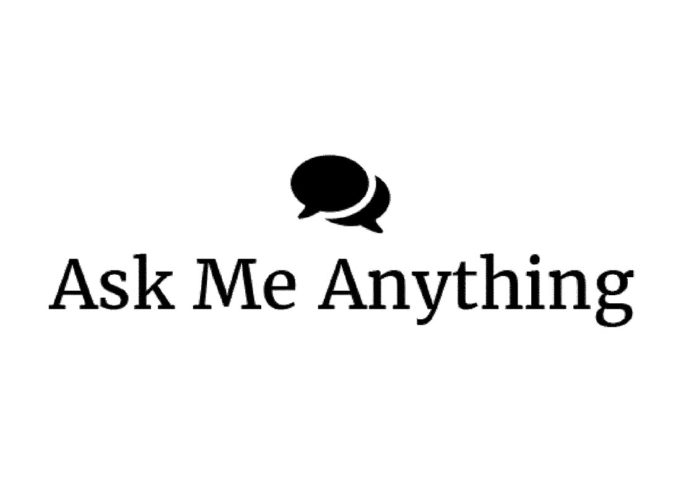 Q.  Why the fuck does everyone need a safe space all of a sudden?

A. Way to ask the fuckin’ question there, dude. Has to be a dude, amirite? For sure, the second decade of the third millennium wrought a tsunami of hand-wringing, leaving flotsam and jetsam of all-too-easily butt-hurt folks (and mixed metaphors).

I went to an all-boys school. Around 1,200 lads aged 11 to 18 with all the variety of hormonal stages that wide age range entails. It was the 1980s, in England. My school was big on sports. Basically, if you were good at sports and an absolute twat in class, that was OK, so long as you didn’t physically assault a teacher. This is no exaggeration. I was part of House Grenfell, one of three houses into which the boys were divided. I got Grenfell because my older brother was in that house. In my year, we had the best sportsboys across all the important disciplines: soccer, rugby, track and field, and cross-country. I played all those sports and more for my house and for the school-wide teams. I was captain of the soccer team. Our school had a shit-hot soccer team. That meant that when I invited my math teacher to fuck off, I received only a moderate tongue lashing from Mr. Byrne, our man-mountain junior housemaster. Same thing when I failed to turn in homework for a whole semester in physics class. Fair enough, when I beat kids up, I got the cane — four swipes of the flexible wooden whip, each swipe administered to the ass after a gleeful run-up by our Barry Gibb-lookalike housemaster. All of which is to say that I got away with shit. Boys who were not excellent in one sport or more did not get away with shit. There were no medals or certificates for trying. I was dreadful at hands-on classes like woodwork, technical drawing, metalwork, and such. I was castigated by those subject teachers to the point of an altercation between my dad and the fiery Mr. Williams, our cliched Welsh T.D. teacher.

I am tolerant of all people, even those chronically incapable of proficiency in sports. A homicidal maniac I have not become. I do have a drive and work ethic borne from being taught that you get out what you put in. Let’s face it, adult life does not hand out medals for effort. Nor does it reward showing up. When did you last attend a job interview only to be told that everyone who showed up gets to work the job, four hours each per week? I thought not.

Let’s use the death of Kobe Bryant, and eight other human beings, as an example of the righteousness of the butt-hurt. Within minutes of the news, millions of people shared their sense of sorrow and loss –– some for the loss of a sporting icon, others of a father and husband. Simultaneously, others saw this as the perfect time to rehash a settled case, an excuse to flex their instant legal expertise. Kobe is a rapist. That was the charge. It goes back to 2003 when he had sex with an employee of a hotel where he was staying. He thought it consensual while the unnamed woman did not. Kobe was arrested, charges were dropped, and a civil case resulted in a private financial settlement. On the morning Kobe and eight other human beings died on impact between their helicopter and a California hillside, the most important thing for some was to let social media know that Kobe was “canceled” a long time ago. Two things: Have a heart and get some perspective. People lost their husbands, wives, sons, daughters, and grandkids. They lost part of themselves. And nine people were killed. Your opinion on something that was settled a long time ago isn’t worth shit in the grand scheme of things. In terms of perspective, I hope to all the gods that were ever worshipped that nobody is defined by the worst example of themselves.

Clearly, even I have limits. The systematic cruelty of pedophiles, genocidal maniacs, and other monsters is a whole different conversation. I’m not defending Jeffrey Epstein, Hitler, or anyone of that ilk. I’m just saying that Kobe was not found guilty of anything, and he apologized anyway. If a person does a vile thing, does that define them forever? No chance of redemption? No earthly glimmer of an opportunity of learning from a possible mistake and becoming a better person? Isn’t that the journey we are all on? Am I the kid who swore at a teacher and slacked off homework, safe in the knowledge that sports would bail me out? Of course not. Yet for some, there is an absolutist, holier-than-thou, selective memory view of the world in which a single perspective is singularly valid.

Ironically, these are the same invertebrates that cower in safe spaces, need trigger warnings to leave the house, and demand a medal for taking part in life. If you are offended by my assessment, you might take no comfort in the words of the sage, genius, author, broadcaster, and all-around excellent human Stephen Fry: “It’s now very common to hear people say, ‘I’m rather offended by that.’ As if that gives them certain rights. It’s actually nothing more than a whine: ‘I find that offensive.’ It has no meaning, it has no purpose, it has no reason to be respected as a phrase. ‘I am offended by that.’ Well, so fucking what.”

Q. Do dogs see in color?

A. Yes and no. Dogs have one-tenth the color-seeing capability of humans due to a lack of cones. Essentially, they see about what a color-blind human sees. So they are probably good for driving, but I wouldn’t want a dog as a partner in a pool tournament. That said, dogs have much better night vision and motion visibility than humans. Plus, they are much better company than most people. So, yeah. Go dogs.

Q. What is with the media malarkey around Bernie Sanders only for cable news to be forced to recast their whole narrative when I, a’hem, Mr. Biden kicked bottom on Super Tuesday?

A. First off, Sanders is not a Democrat. As in, he’s not a member of the party. He still sits as an Independent Senator but identifies as a Democrat to run for president. Can I identify as a millionaire next time I want a great rate on a loan, please? The cable news media went off like a grandma who knitted one line of wool and called it a sweater. Sanders did well in a bunch of light-on-people, light-on-skin-tone states and was anointed the presumptive nominee. Along came a bunch of states that are more representative of the United States as a whole and the picture changed, just like it did in 2016. African-American people don’t much care for Sanders. The field winnowed — one of those esoteric words pundits like to use to check whether you’re in the club or not — and we are left with two septuagenarian white dudes battling to face off against a septuagenarian orange dude. Heady days. The Bidenosaur will shamble and ramble his way to a now-expected victory over the ever-over-optimistic Gasbagosaurus, who will lecture, hector, and wave frantically all the way to Wisconsin for the Democratic Convention. Some Bernie Bros and Sandernistas will cry foul and, I assume, do as they did in 2016 and refuse to Vote Blue No Matter Who, per the slogan. All the while there is a youthquake coming. Do you hear the rumbling over the horizon? Neither does anybody else, in reality.

Q. I am afraid of dying of coronavirus. Should I buy all the dried noodles, and toilet paper, and hunker down for a while?

A. In order — don’t be so melodramatic; that shit is packed with salt; not unless you have diarrhea.

Until next time Trumaneers, keep it in your trousers and, no, you can’t make hand sanitizer from vodka. That’s for the grown-ups — oral application only.

Ask me anything at truman@fwweekly.com.