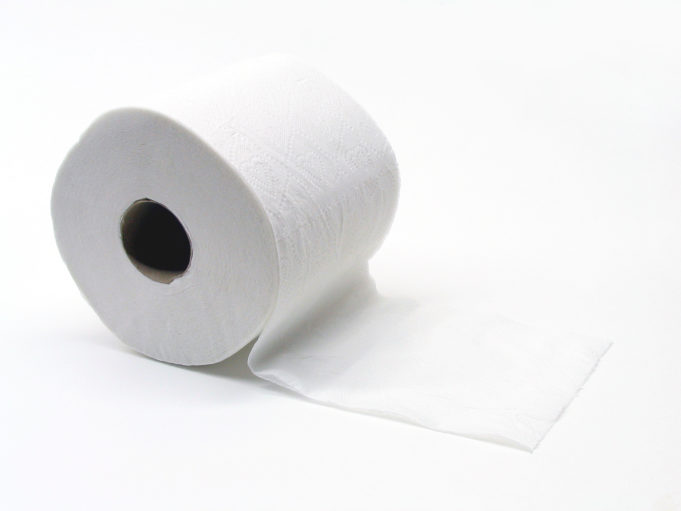 Once upon a time ­­­­­­–– a couple of weeks ago, actually –– toilet paper was plentiful. Rolls of the white stuff were stacked sky high on the metal racks of big-box retailers and even in around-the-corner convenience stores. There were packages large and small, decorated with dreamy-looking angels, fluffy clouds, and cute little teddy bears. Today, you’ll have better luck finding a unicorn in the paper products section of any store.

Like unicorns, rolls of toilet paper have become the stuff that dreams are made of. We want to believe they exist, but where? They reside somewhere in a faraway land, long before the coronavirus brutally upended all of our lives. Back then, no one was hoarding, laughing about, or fighting over toilet paper.

Good luck finding any. But if you’re searching for a roll, you have to know how to roll. Be careful, because a trip to the store these days can turn into a hair-pulling, shin-kicking, sailor-cursing brawl.

Toilet paper shaming is also a thing, I recently learned.

So I’m walking through a store and find a fresh pallet filled with this precious commodity. Surely, this is a mirage. They’re not the small packs either. I soon have my hands on a cornucopia of toilet paper, a 20-week supply for less than $20. If the Battle of Armageddon breaks out within the next six months, at least using the bathroom won’t be an issue.

Miraculously, no one else is around, so I grab one, toss it in my shopping cart, and help myself to a package of paper towels, as well.  I also score a bottle of bleach.

There are other things I need, but I decide to get my treasure trove into the car before something, you know, happens. I finish paying for my stuff and notice that someone I know is also in line at the registers. After seeing what’s in my cart, she yells, very loudly, “Way to go, Teri!,” as though I just won an Olympic medal.

A group of other shoppers turns my way and glares at me.

“Where’d you get that?” a guy asks in an upset voice. “I can’t find toilet paper anywhere.”

I grit my teeth, put my head down, and keep pushing my cart. I’m almost ready to sail through the store exit when I’m suddenly stopped by the toilet paper police.

“You’re only supposed to have one paper product,” a store clerk by the door informs me. “That’s alright,” he adds. “We haven’t posted the signs yet.”

“Oh, OK,” I answer in a sing-song voice and keep going, because this is how we roll, us alleged hoarders and quasi-toilet paper criminals. Guilty as charged, I breeze out the door with a toilet paper pack that’s long enough to serve as a small coffee table in the living room.

I’m pushing my cart so fast through the parking lot that the wheels almost fall off.

Life has changed. And the frantic race for toilet paper is making people crazy. Or maybe it’s something else. Maybe we’re trying to hang on to a tiny square of what used to be a mundane part of everyday life. That way, we’re spared from obsessing over shutdowns, unemployment, deadly viruses, and ventilators.

Like the rest of it, the toilet paper situation is officially a disaster. On Saturday, for example, Dallas County amended its disaster declaration to include toilet paper. Purchases are being limited to 12 rolls or one package per purchase. The rule will stay in effect for at least two weeks or until shelves are re-stocked at normal levels, according to published reports.

Elsewhere, a police department in Oregon had to tell people to not call 911 if they run out of toilet paper.

“It’s hard to believe that we even have to post this,” the Newport police wrote in a March 14 Facebook post. “Do not call 911 just because you ran out of toilet paper. You will survive without our assistance.”

The department told the public to get creative and use corn cobs, rope soaked in sea water, mail flyers, leaves, and other items.

“Be resourceful,” the post states. “Be patient. There is a TP shortage. This too shall pass. Just don’t call 911. We cannot bring you toilet paper.”

Perhaps the height of the anal-retentive madness happened on March 19. That’s when the Guilford County Sheriff’s Department in Greensboro, North Carolina, announced it stopped the driver of a big rig filled with –– what else? –– 18,000 pounds of stolen bathroom paper products, including toilet paper.

A few days after my toilet paper adventure, I went back to the same big box retail store. At one point, I caught myself looking for my favorite coffee creamer. I wasn’t surprised to see that it had also gone missing.

Nearby, a line of people spanned almost the entire rear of the store. I already knew the answer, but I couldn’t resist asking aloud, “What’s the line for?”

A random lady smirked at me and shrugged.

“Toilet paper,” she said, her voice filled with disbelief and disgust.

Don’t worry, we’re told. Don’t panic buy, they say. There are plenty of products coming soon. The powers-that-be want us to believe everything will quickly return to normal or at least somewhat normal.

We can only hope the shortages and all of the other problems are short-lived. Ditto for the coronavirus.

Until then: Brother, can you spare a roll? –– Teri Webster