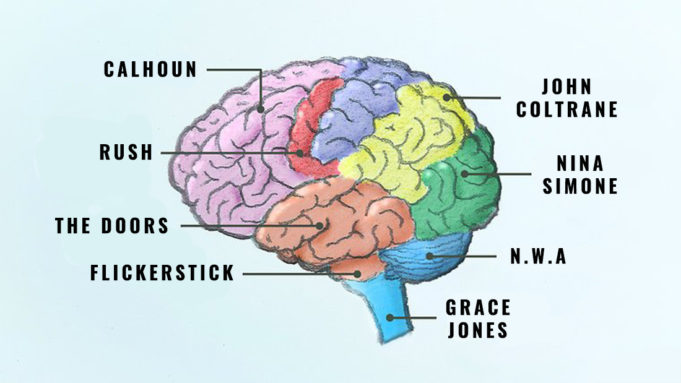 One upshot of the lockdown has been new music. Not “new” music like Xina Xurner or Sun Ship-era Coltrane –– I’m too stressed out for that –– but familiar music I haven’t heard before.

Perhaps you’re in the same, um, ship. It’s all credit to streaming. We’ve written about all of the local livestreams until you may want to livestream yourself in the face with a plastic butter knife. There’s lots of good, juicy, new local tuneage in them. There’s also a ton on streaming services. For them, business is booming. Spending on Spotify, Apple Music, Pandora, and other streaming services is up 20% compared to this time last year, according to Earnest Research. This portion is much smaller than the ones for video streaming and, at the top, video games, but it is still Trump’s-ego-sized impressive.

Clearly, lockdown’s novelty is wearing off. Many of us are demanding new, familiar tunes. You can light candles in the dark and listen to “The End” naked only so many times before it starts to press down on you like the grimy heel of The Establishment’s boot. What we are desperate for is something like “The End” but not “The End.” This is science talking.

“When a specific sound maps onto a pattern,” Pitchfork’s Jeremy D. Larson writes, “our brain releases a corresponding amount of dopamine, the main chemical source of some of our most intense emotions. This is the essential reason why music triggers such powerful emotional reactions and why, as an artform, it is so inextricably tied to our emotional responses.”

Dopamine is not a reward in itself. Recent research has shown that it’s actually a cousin to our motivation to seek rewards. We are clearly seeking out new yet familiar music on Spotify, Apple Music, and Pandora. And I am clearly telling you to seek out new music on your internet machines. New local music.

Former Woodeye frontman Carey Wolff has released “Long Damn Day,” a crackling, slow-burning, minimalist mod-rock track that’s hyper-cinematic and driving. And rootsy. (Eff you, dude.) (Love you.) There’s also a new EP by Son Volt-y singer-songwriter Jacob Furr. Return is five tracks of gritty, bristling Americana full of crunchy guitarwork, pounding beats, and Furr’s trademark lyric emotiveness. And at 3pm Saturday at Panther City Vinyl, The Bong Hits are celebrating the release of their debut album. This is for real. The Facebook invite says nothing about live streams or anything, just that the band is, well, celebrating a release. Have not heard of them but am digging their listed influences: “Judas Priest, Iron Maiden, Sweet, Jeff Beck, ZZ Stop,” that’s what it says, “UFO, Tom Petty, Paul Westerberg, Cheap Trick.” What is not in doubt is that The Bong Hits –– frontman Jeff Satterly, virtuoso guitarist Darrin Kobetich, drummer Mike Ratiff, and bassist Brady Stephens –– are legit. Can’t wait to go. Virtually. –– Anthony Mariani