Groups protesting the too-frequent shooting of unarmed black men and women by white police officers focused on Sundance Square last evening, just hours after Mayor Betsy Price issued a public statement on the social unrest that has been rocking the country, and the world, since George Floyd, a black man, was murdered by a white police officer as three other cops looked on in Minneapolis just over two weeks ago.

“For those calling for justice and greater progress,” she said, “I see you, hear you, and pledge us working alongside the community in our collective efforts to provide quality equity and justice for our communities of color.”

In the letter, she described her commitment to “banning chokeholds and strangleholds” and “requiring warnings before shooting.”

In a departure from Fort Worth police’s response to protests inside West 7th Street corridor businesses, officers stood inside several downtown restaurants as around 150 protesters marched by The Cheesecake Factory and nearby Flying Saucer Draught Emporium.

“Do you understand what we are doing here?” protest leader Lucid Shinobi asked customers at the Flying Saucer. “Your sitting out here doing nothing is allowing more of our people to die in the streets by the hands of the ones who say they are protecting you. [The police] are protecting your money and property.”

“Call the mayor,” protest leader Rod Smith replied. “Let her know. All we want is police reform. Tell her to stop letting her boys kill us.”

Bonnell questioned the assumption that his business does not support racial equality.

“We are on the verge of bankruptcy,” he said. “I’m with you. Your life matters to me. I’m out here with you. Come here.”

As Bonnell hugged Smith, the crowd cheered and moved on to The Capital Grille and then Del Frisco’s Grille. One diner took offense on Instagram at Enough Is Enough’s tactics.

“I didn’t realize that going out to eat will probably end up with my family being harassed,” the woman said. “Those business owners are struggling to make a comeback. I believe in peaceful protesting, but to directly stand over people trying to enjoy their time with family and friends in peace, that is ridiculous.” 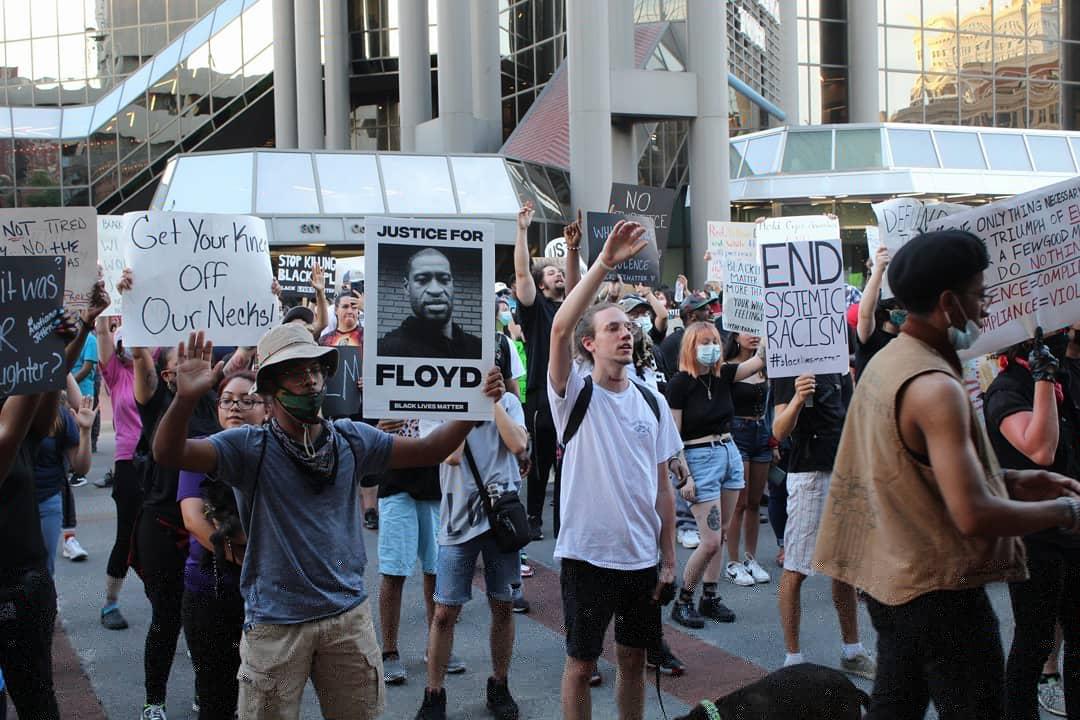 During a final rally at the Tarrant County Courthouse, protest organizer Nysse Nelson addressed the crowd.

“I am pissed off,” she said. “Mayor Betsy Price and the police, when she tried to make us feel that the police were going to change their way, they claim they don’t want to shoot us anymore, but they brought the whole squad out tonight. What does that mean? How does that make sense?”

Smith said tomorrow’s meeting is about “seeing how they can meet our demands. We hope to get them to agree to police reform. We are not going to reveal our cards just yet. They are going to protect $70 plates” downtown over $7 cheeseburgers in the West 7th corridor.